PLACES TO GO IN THE FUTURE…IN ALABAMA!

Happy Thursday!
If you have not done much lately, then you definitely are looking forward to the time when you can get out, take a short or long ride, stop for a bite to eat and stay for awhile. So, when the time changes and you are looking for something to do in or outdoors in Alabama, here are a few things for the lover of an overnight visit, weekend stay, quick getaway or a little history! Enjoy! 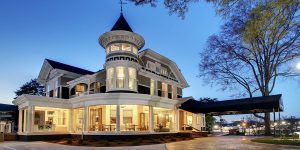 OVER THE ROAD IN ANNISTON…
**HOTEL FINIAL – Looking for some Southern hospitality and history, then this is the place to visit in Anniston, Alabama. This award-winning hotel was built in 1888 as a Queen Anne Victorian-Style mansion. HotelsCombined named it the ‘Best Small Hotel in Alabama’. It was previous home to the McKleroy, Wilson and Kirby families before becoming the Victoria Hotel. It was transformed from a historic home to the Hotel Finial that welcomes guests from all over the southeast and country, especially since others have gotten wind of it. The Carriage House (where horses and carriages were kept in the past) is a public bar called Spencer’s Bar. They have guest rooms, suites and one the best breakfast buffets in the southeast.

UP THE HIGHWAY TO CULLMAN…
**AVE MARIA GROTTO – Also known as ‘Jerusalem in Miniature,’ this is one of Alabama’s most unique attractions located in Cullman, Alabama. This is a park that you may have heard of because of its miniature reproductions. The Ave Maria Grotto is a four-acre garden park with about 125 miniature reproductions of historic structures and religions shrines. People from all over the world have visited it.

DOWN THE HIGHWAY TO THE GULF COAST …
**POINT CLEAR – If you love the Gulf Coast with its white-sand beaches and turquoise-clear waters, then this is the place you want to visit and tell everyone about. There are other places near to stay for options, but the Grand Hotel Marriott Resort, Golf Club & Spa is your first choice depending on your cash flow. The beach will give you a view that you will remember always, especially at sunset. The Best! For dinner check out The Wash House Restaurant and for your sweet tooth the Punta Clara Kitchen. The seafood is definitely all that you can imagine. And don’t think that your sweet tooth will not want to come back for more.
**DAUPHIN ISLAND – While in the Gulf Coast area, or for another visit, check out Dauphin Island! The scenery on this island is breathtaking. It is called the Sunset Capital of Alabama. You will take plenty of photos. And, if that is not enough, there are other things to do such as seeing the birds at the Audubon Bird Sanctuary with acres of beautiful woodlands and walking trails along the Gulf Coast. It is the first landfall for migrant birds coming from Central and South America. Dauphin Island has been voted “America’s Birdiest City” because of the different and many birds that go there. Learn a little of Dauphin Island’s history and more at other attractions: The Estuarium, at the Dauphin Island Sea Lab, is an aquarium with more that 30 aquariums open to the public that gives you some idea of the Alabama coastal area: Mobile Bay, Barrier Islands, Mobile Tensaw River Delta and the Northern Gulf of Mexico. There are numerous plants and animals. Then there is the historic Fort Gaines. The historic Fort Gaines was one of the main sites in the Battle of Mobile Bay if you love Alabama history.  It still has the cannons, blacksmith shop and tunnels that were used during that time.
**WILLOW TREE COTTAGE – While visiting Dauphin Island and for great sunsets, check out the Willow Tree Cottage and its bed and breakfast-style experience if you want to rent for a night, weekend, week or month. It is a quaint cottage overlooking Aloe Bay for a romantic and peaceful place for two with fireplace, large decks, water views and wonderful sunsets. There are many events scheduled throughout the year. (Check out the Dauphin Island Sailboat Race.) For food and pastries check out Lighthouse Bakery and Barnacle Bill’s Marina Grill for great seafood.

ACROSS TOWN IN HOMEWOOD…
**ALABAMA BOOK SMITH – If you love to read, looking for a good book, or a collector of books, then you will love Alabama Booksmith. This is the place to go to get that unique one of a kind book. And the best thing is each book is signed. You might even get to meet an author or two. Enjoy the read!

AROUND THE CORNER AND THROUGH THE WOODS…
**TURKEY CREEK NATURE PRESERVE – If you love outdoors, 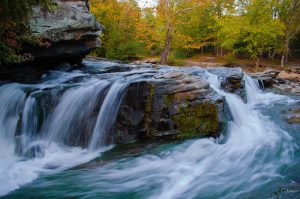 nature and waterfalls, then Turkey Creek Preserve is your place. It is one of the state’s best nature spots located in Pinson, Alabama on about 500 acres. The Preserve is very scenic with an interesting history. The preserve dates back to prehistoric Native American inhabitants. During the early days of Alabama statehood, the preserve played a key role in the birth of industry in the area by the works of early entrepreneur and industrialist David Hanby. The Hanby family ran a grist mill and a small iron forge on the banks of Turkey Creek. Hanby’s forge made horseshoes for the Confederacy until he was killed by Union Soldiers in 1865. Its main fall is called “THE FALLS” where people near and far go making it the favorite swimming spot. Another waterfall flows into the famous “BLUE HOLE.” It is an emerald pool of water and is, also, considered one of Alabama’s top swimming holes, famous for its emerald water. There is a multi-use trail, great vistas of the canyon, an environmental education program, an ecoscape and is famous for the Vermilion Darter that is found only in Turkey Creek. There are quiet places along the creek and places with rushing water. There is a Float Your Boat Summer Festival and great views of autumn colors during the fall.

FOR BOOK LOVERS…
**YOU CAN’T GO WRONG DOING RIGHT – The book You Can’t Go Wrong Doing Right How a Child of Poverty Rose to the White House and Helped Change the World written by ROBERT J. BROWN tells the unknown story of Brown’s unseen role in shaping America. Throughout his life, Robert J. Brown quietly played an essential role in some of the twentieth century’s most pivotal moments. While working to advance the rights of minorities in the U.S. and abroad, he was jailed and threatened in the civil rights era, slashed with a knife, spit on, sent on missions around the world by the President of the United States, challenged by authorities for defying apartheid laws in South Africa, and narrowly escaped several bombings, all while working alongside renowned figures including Dr. Martin Luther King, Jr. and Nelson Mandela. In this book, Brown shares an inside look at those historical moments, while also sharing how his grandmother Nellie’s wise advice guided and kept him grounded throughout his life.
**THE ANTIDOTE FOR EVERYTHING – The book, The Antidote for Everything is the second novel by ER doctor-turned author KIMMERY MARTIN who revisits the high stakes world of medicine in a new issue-driven story about discrimination of care and the resilience of friendship. It combines the medical intrigue of Grey’s Anatomy with the humor, friendship and suburban drama of Liane Moriarty. It was inspired by the real-life experience of a fellow physician and is centered around what happens when a doctor is fired for treating transgender patients. 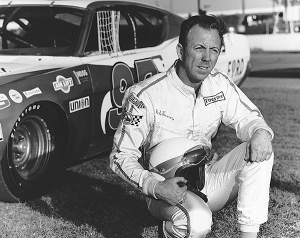 FOR LOVERS OF MOTORSPORTS…
**NASCAR HALL OF FAME CLASS OF 2021 nominees and Landmark Award nominees:

MAYBE…MAYBE NOT…THINGS TO DO LATER… in April, or May! (Call to confirm if open)
FOR LOVERS OF ART…
IN YORK, ALABAMA… by way of Birmingham….
AT ALTMAN RIDDICK GALLERY…LATER…
**TONY BINGHAM’S EXHIBITION OPENS IN YORK – Tony Bingham’s exhibition MEMORIAL MEDITATIONS will open at Altman Riddick Gallery, 630 Avenue A Street in York, Alabama 36925. The exhibition will close on Friday, May 22, 2020. 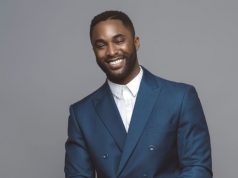 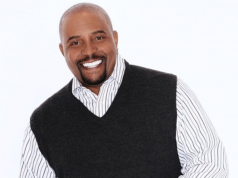 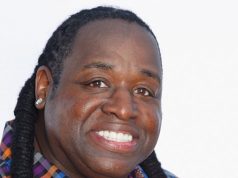