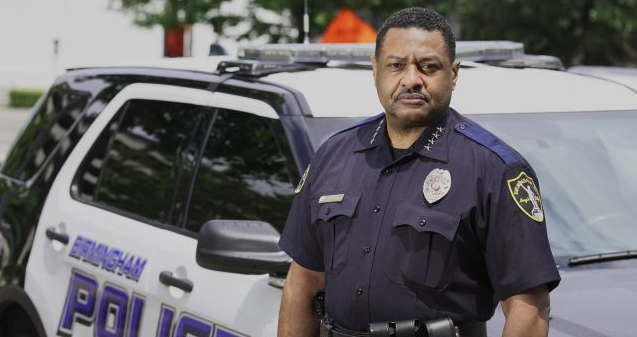 More than a dozen Birmingham police officers have been terminated for some incidents involving excessive force or unauthorized force and another 39 have been suspended for disciplinary reasons over the past two years, Chief Patrick Smith said on Wednesday during a virtual press conference with Mayor Randall Woodfin and other officials.

“I listened to [the community] two years ago and [was told] there were officers in this department who should not be here because of the interactions they have with the community, how the community was treated,” Smith said, “I made sure that we had a standard for accountability . . . I’ve made sure that we retrained our internal affairs unit, that we are conducting comprehensive investigations and updated our policy and procedures.”

In addition to 16 officers who were terminated, seven others resigned while being investigated; 25 received additional training and 12 sent to counseling in order to maintain a department that is accountable, Smith said.

“I would imagine for any mayor or police chief across the nation, now more than ever is the time to be intentional about accountability, transparency and how we engage our community and build a trust and relationships with those we are sworn to protect,” said Woodfin.

“The people have been very clear about what they want from this administration. Neighborhood revitalization remains a priority for each of the 99 neighborhoods… safe communities are a critical part of that revitalization. Accountability is one of our core values and that accountability must be practiced in the Birmingham Police Department.”

Woodfin announced that the city will begin a review of police transparency and accountability measures. Over the next 30 days, there will be an internal review led by the mayor’s office into the police department. At the end of the 30-day period, the mayor said he will issue an executive order to address any gaps in the police department.

After a three month “deeper-dive” examination of the department Woodfin said he plans to use a final executive order addressing any gaps. “Every city right now is going to have to figure out what they are going to pay for and aren’t’ and how they are going to police in a post-George Floyd world, Birmingham is no different and everything is on the table,” he said.

Williams said councilors are open to having conversations to make sure citizen’s concerns are met. They’ve already met with some members of activist groups, he said.

“We have to have an expectation of what our citizens want,” he said. “When they pick up the phone and dial 911 what happens? Does the police officer show up? How quickly? and also on the other hand, how does that officer interact with the suspect, victim and public in general?”

Smith said his first order of business when he came to Birmingham was to listen to the community and now is no different.

“I’m prepared to listen again to make sure that we are doing what is necessary. Your words then and your words now have been heard,” he said. “I don’t take what I do lightly or how we serve this city lightly. Two years ago I began addressing crime in the city of Birmingham, officer accountability, department policy and procedure and community, quality of life issues.”

Smith said crime is down across all categories year-over-year with violent crime down 30 percent.

He also said BPD is the only law enforcement agency in Jefferson County, and only one of 12 in the state, accredited by the Commission of Accreditation on Law Enforcement Agencies.

While the state of Alabama requires a minimum of 12 hours of training for law enforcement officers each year, BPD officers must complete 60 hours of training a year, he said. Training includes how to de-escalate situations and chokeholds and strangulation techniques are not a part of department policy, he said.