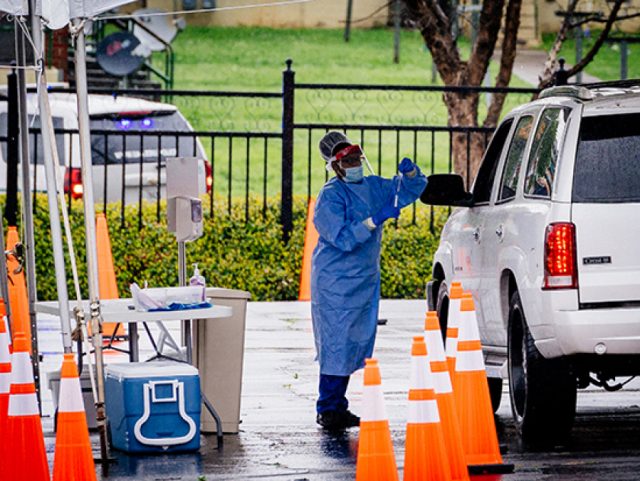 More than 1,600 new confirmed coronavirus cases were reported in Alabama on Sunday, along with seven additional virus-related deaths.

The state has recorded 16,520 new confirmed cases of the virus over the last 14 days, according to data from the Alabama Department of Public Health, accounting for about 31% of the 52,908 total cases confirmed since the pandemic’s start.

Health experts say official counts likely only capture a fraction of those who have been infected.

At least 1,093 people in Alabama who contracted the virus have died.

The state’s disease caseload has been increasing steadily in the weeks since Republican Gov. Kay Ivey allowed businesses to reopen to help stimulate the economy.

For most people, the coronavirus causes mild or moderate symptoms. For some, especially older adults and people with existing health problems, it can cause more severe illness or death.

Case counts have been rising in recent weeks across the U.S., particularly throughout the South and West. Florida on Sunday broke the national record for the largest single-day increase in positive cases of any state, reporting over 15,000 new confirmed cases.