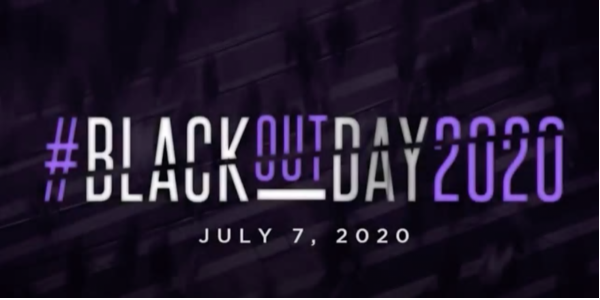 In the midst of protests against police brutality, some Black-owned businesses have flourished.

Today is not to be confused with #BlackoutTuesday where you saw black squares across your Instagram timeline back in June.

Texas-based Activist Calvin Martyr has spent the last few months promoting the campaign on social media, and CNN reported that Martyr likened the campaign to the Montgomery Bus Boycott in 1955. When he introduced the idea on social media back in May, he said in a video, “the only way we’re going to get change is when they fear hurting us like we fear hurting them.”

The overall objective for #BlackOutDay2020 is to force companies to end racist policies and practices that have done more harm to the Black community. The initiative has garnered tons of support on social media. More than 13,000 people joined a Facebook group about an entire “blackout week.”

The campaign started in early May following the killing of Ahmaud Arbery in Georgia, and the police shooting of Breonna Taylor in Louisville. It was about a month before the death of George Floyd.

Since these traumatic events, cities across America have introduced potential legislation to defund and restructure police departments and their budgets. In addition, major corporations have set aside funds for social justice causes, and adjusting some of their systemically racist practices.

While today’s movement targets the Black community specifically, it also welcomes allies to join in as well. Major companies and brands including Proctor & Gamble and Cisco Systems have publicly announced their support of the campaign.

In Houston, we’ve seen artists like Slim Thug and Bun B support the initiative on social media. Radio station 97.9 The Box released a statement stating that “Urban One, through all of its platforms, is committed to supporting Black businesses, championing Black causes and remaining ‘unapologetically’ in service to the African American community.”

The Houston community has been supportive of Blackout 2020 as well. There have been numerous tweets mentioning Black businesses in the Houston area.

There are multiple ways to support the cause here in Houston. Black-owned businesses here in the city range across all industries. Houston is home to Black-owned bookstores, bestaurants, banks, gyms and more.