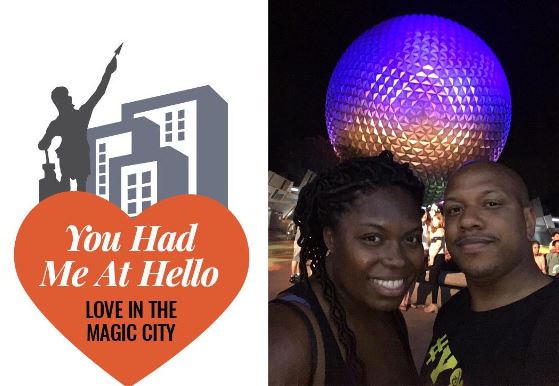 Met: Spring 2004, at Friendship Baptist Church in Brighton. Richard was a visiting speaker at Melanie’s church. “I was attending Zion Baptist Church in Titusville where I was the youth minister and I was speaking at [Melanie’s] youth revival [where] she was over the youth at the time,” Richard remembered. “We had the same vision for youth outreach…she wasn’t only about what was going on inside the church, she was also about what was happening in the community.”

Melanie said she really didn’t like him when they first met. “He was so persistent with trying to call me and pursue me, and I was in high school. I just wasn’t looking for anything. Eventually, I finally gave in. My grandmother was like give him a chance, and I did.”

First date: Spring 2004, on a family outing at the Patton Creek Rave movie theater in Hoover. They saw a Tyler Perry film. Melanie was 17 at the time, and Richard was 23.

“I was raised by my grandparents and they didn’t allow me to date, so he was allowed to come along on a family movie outing with my grandparents, younger brother and older cousin,” Melanie said. “My grandfather wasn’t really happy about me dating, and it impressed me that [Richard] was able to break the ice with him. He became less annoying because he got along with my grandfather…

I still didn’t want a boyfriend, and he wanted to be a boyfriend so bad…he used to tell me from the beginning that he was going to marry me.”

“It was something about her posture and elegance. It was something I didn’t see in other people. Her maturity and wisdom at that age and it just blew me over,” said Richard. “I did bug her… we had stopped talking for a couple weeks, and I kept texting her and she told me to leave her alone.”

“He was a smooth talker, talkin about, ‘I just want you to see what I have going on with my youth to see how we can incorporate it with what you’re doing’,” Melanie laughed. “He asked me to come to church with him and he knew that would win me over…”

The turn: For Melanie, it was during a summer trip to Six Flags Over Georgia in 2004.

“I could tell by the way he took good care of me when we went to Six Flags. He kept checking to make sure I was ok, not too hot, not hungry. It showed me what it was like to be courted by a gentleman, and that he was the kind of guy my grandfather always told me I deserved,” Melanie said.

By fall 2004, Richard knew Melanie was the woman he’d marry after his car broke down and he was saving money for the repairs.

“Her whole family helped me get to school, work, and church,” Richard recalled. “She would have her uncle, and grandma or granddad come and take me [where he needed to go]…her uncle helped me fix the car, and she helped me with the cost of the parts. She was there for me when other friends weren’t, and that’s when I told her ‘you gonna be my wife’…”

The proposal: February 2005, in Atlanta, GA, inside a Walmart parking lot.

“I went in Walmart to get a ring and I came back out and proposed,” Richard said. “I told her that I loved her and that I didn’t want to have her in my life and we not be official, I wanted to be her husband. She was worthy of being a wife, nobody else could compare to her and anything that I had gone through [since meeting her] she’s been there for me, and I knew she was the one… I asked her if she would marry me and she said ‘yes.’”

“I wasn’t surprised that he was proposing, I was surprised that he did it right then and there in the Walmart parking lot,” Melanie laughed. “I loved him and I couldn’t help but to say ‘yes’, he had proven to me that he was the type of man my grandfather always told me I was worthy of, and what I should look for in a man.  I was excited and overwhelmed with how fast life was changing at the time.”

The wedding: At Zion Hill Baptist Church in Titusville, officiated by Pastor Anthony Nabors. Their colors were silver, blue and white.

Most memorable for the bride was the meal they shared after their small wedding. “Our reception was scheduled for the following week, so we decided we would pick a little place to go and eat just the two of us,” Melanie said. “We chose a little Chinese restaurant in Homewood on Palisades Blvd [called] U China Buffet. It was special because it wasn’t about being big and flashy, it was about the two of us, being together and enjoying ourselves.”

Most memorable for the groom was their intimate wedding. “It wasn’t about having a big crowd, we had a small wedding with just our closest family and friends,” Richard said. “For us it wasn’t about the wedding, it was about making our marriage work. It was about making sure that I, as a man, was what she needed, and being able to provide for her. Everything was shifting from an ‘I’ to a ‘we’ and that’s where my focus was.”

Words of wisdom: “Love people the way that they need to be loved,” Melanie said. “Once I learned to love him in the way that he needed instead of loving him the way I wanted to be loved made me look at things differently,” she said. “Reading the book “The Five Love Languages” taught me that very thing. I’m not the type of person to [speak affections], but my spouse needed it. I’m the type of person that feels it in actions. I learned that people love and need to be loved differently.”

Richard said the key is to “listen to each other and take in what the other has to say. You might not always agree, but respect is needed to minimize tension and arguments,” he said. “Enjoy each other. With us having a big family and eight kids we have to take time out to do something to help keep us reminded of why we got married. We try to have date night every couple weeks to take time out to enjoy each other.”

Melanie, 33, is a Brighton native and Pleasant Grove High School grad. She attended Miles College, where she studied English and owns, publishes and distributes a parenting magazine, called Alabama Family Connections. She also writes for a K-12 curriculum publisher.

Richard, 39, is an Ensley native and Holy Family High School grad. He attended Southeastern Bible College, where he earned a bachelor of science degree in Christian education; and Birmingham Baptist College, where he studied Biblical Studies. Richard works as a maintenance engineer for a company in Birmingham.

During the COVID-19 pandemic, Melanie has home schooled their children and run her publication from home. Richard continues to work in the field. 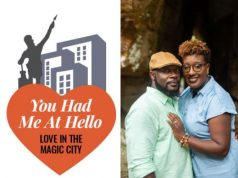 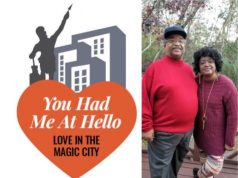 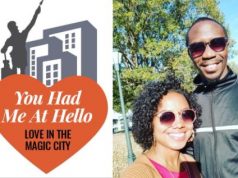