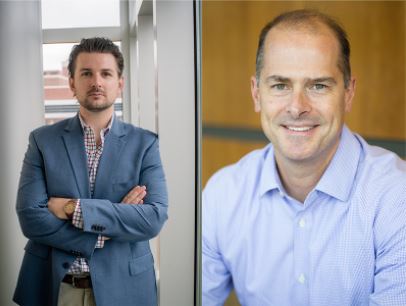 The United States presidential election is next week, and more than 58 million Americans have voted so far. With this election’s being one of the most highly anticipated to date, many people still have questions about swing states, absentee voting and the importance of electoral voting.

Peter Jones, Ph.D., assistant professor, and Robert Blanton, Ph.D., chair, in the College of Arts and Sciences’ Department of Political Science and Public Administration at the University of Alabama at Birmingham explain what we need to know.

“Mail-in ballots are a type of ‘absentee’ ballot and have long been used in elections across the U.S.,” Jones said. “In order to vote with an absentee ballot in Alabama, you must request one from the absentee election manager — typically in the Circuit Court’s office. Once you request the form, they will mail it to you, and you can either mail it back or return it to the office in person.”

Jones says, with COVID-19, two things happened. First, the Alabama secretary of state decided to include being at-risk for COVID-19 within the eligibility requirements for an absentee ballot. It fell within the “Is ill or has a physical disability that prevents a trip to the polling place” criteria. Second, because basically everyone is at risk for COVID-19, the number of people who are choosing to vote “in-person absentee” has risen drastically, as have mail-in absentee ballot requests.

“As evidenced, probate courts — the government organization that administers elections — were woefully unprepared to handle the increase, though they have responded by increasing available hours and adding staff,” Jones said.

Absentee ballots, whether mailed in or submitted in person, stay sealed until polls close on Election Day, so election administrators cannot get a head start on counting.

“The time it takes to count really depends on the number of people who voted and how resourced the probate courts are to count them, but such is the same for ballots cast at polling places on Election Day — the more votes, the longer the count,” Jones said.

What are swing states?

“Simply put, swing states are those states that are competitive because they have roughly equal numbers of Democratic and Republican voters,” Blanton said. “This is surprisingly rare — since 1996, about two-thirds of states consistently voted for the same party at the presidential level. Given the nature of our electoral system, winning a single state can decide an election.”

Whether or not a state is competitive can vary with any given election, though it does reflect some underlying demographic patterns, particularly the number of people from different states — or countries — who are moving into that state, as well as the ratio of urban to rural voters within a state.

Blanton says Trump succeeded in 2016 by flipping some states that had been consistently Democratic over the previous elections: Pennsylvania and Michigan.

“In this election, special attention should be paid to states that have traditionally been swing states, such as Florida, Ohio and North Carolina, traditionally democratic states that Trump won, such as Pennsylvania and Wisconsin, as well as several relatively new additions to the list, including Arizona and Georgia,” Blanton said.

The importance of electoral voting

“One of the odd things about the American political system is that we don’t directly elect our president, as voters actually vote for a set of electors who elect the president after the election,” Blanton said. “With two exceptions, these electors vote in a ‘winner take all’ fashion for the candidate who carries the most votes in a given state.”

This system was due to a compromise among the constitutional framers who wanted to avoid having the legislative branch choose the president, which could compromise the independence of the executive branch and encourage corruption among policymakers.

Blanton says a popular election was considered only as one of several options. It was rejected to a large extent because the framers did not think voters would have a sufficiently broad political perspective and would thus simply vote for the interests of their particular state.

Avoiding a popular vote also served to give more power to the Southern states — which had a large population of disenfranchised people, such as slaves — as well as smaller states in general.

“The reasons behind an electoral college, and arguments against a popular vote, were to a large extent a reflection of the times in which these policies were made,” Blanton said. “In terms of democratic representation, some consider the electoral college system as problematic, as voters in small states are ‘represented’ more than their counterparts in larger states. These problems could be even worse in a situation in which no single candidate got a majority of electors.”

To check out your voting location, visit www.vote.gov.

‘I asked she would marry me, she screamed and knocked the ring out of my hand’

‘I asked she would marry me, she screamed and knocked the ring out of...