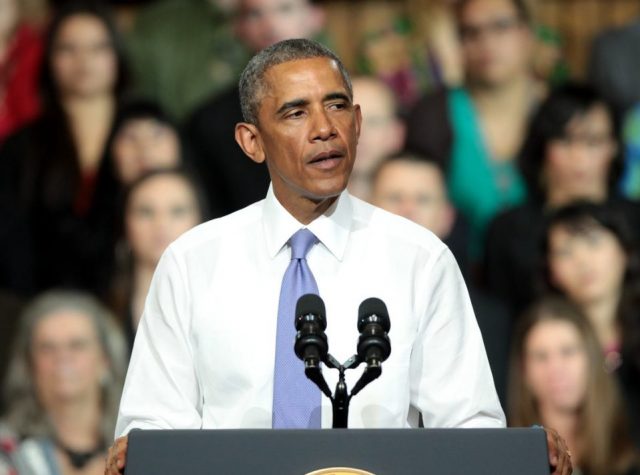 It’s been almost five years since former President Barack Obama left the White House to become a private citizen, but it seems as if he hasn’t stopped working for the greater good. According to PEN America, next month, Obama is slated to receive PEN America’s Voice of Influence Award.

In a planned virtual ceremony on Dec. 8, former U.S. President Barack Obama will accept PEN America’s Voice of Influence Award. Obama is being recognized for his writings that have traversed political, social, and ideological bounds and framed a self-reflective humanism that has marked his influence on public life. After he receives his award, the president will join author and former PEN America board president Ron Chernow for a conversation about the president’s latest memoir A Promised Land. The discussion will also focus on the challenges facing free expression, and how to secure the freedom to write.

“As an organization of writers, we have always seen President Obama not just as a leader, but as one of us: an author. His probing and evocative narratives helped introduce the world to his unique background, and the power of his life experience as a prompt toward a more pluralistic and encompassing society,” said PEN America CEO Suzanne Nossel in a written statement. “We are thrilled that on the occasion of the publication of A Promised Land, we will have the chance to honor President Obama with this award as part of the virtual edition of the best book party of the year: the PEN America gala. The former president and Ron Chernow will discuss the freedom to write, a liberty that faces unprecedented challenges amid rising authoritarianism that parlays disinformation and distrust to impair the very function of free speech as a catalyst for revealing the truth and driving forward societal progress.”

“Long before he was a politician, Barack Obama was a spectacular writer. Since he published Dreams from My Father a quarter-century ago, America and the world have benefited from the qualities he brought to that memoir: empathy, superb storytelling, and a fount of hope and possibility,” said PEN America President Jennifer Egan. “Now, as we conclude a year of plague and division, his voice is a tonic reminder of the power of language—and narrative—to uplift and transform. We’re overjoyed that the president can join us for this special evening.”

You can tune into the award presentation and discussion as it will take place as part of PEN America’s 2020 virtual gala. Other honorees will include recipients of the PEN/Benenson Courage Award: former U.S. ambassador to Ukraine Marie Yovanovitch and Darnella Frazier, the young woman who recorded the murder of George Floyd; Patti Smith, recipient of the PEN/Audible Literary Service Award; Hearst’s Frank A. Bennack Jr., this year’s Corporate Honoree; and Chinese dissident writer Xu Zhiyong, who will receive in absentia the PEN/Barbey Freedom to Write Award. Additional participants include Bono, Emma Thompson, Spike Lee, Madeleine Albright, Soledad O’Brien, Cory Booker, and many more.