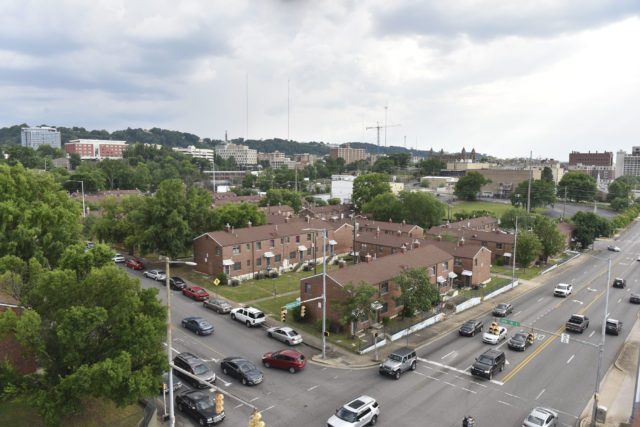 Discussed for years, the redevelopment of the Southtown Court housing project moved one-step closer to reality on Tuesday when the Birmingham City Council voted to re-zone the property from multiple dwelling to mixed-use.

Demolition will start in mid-June, with the first phase of residential construction slated for the fall. The new development will include up to 560 housing units, equally divided between federally subsidized housing and market-rate rentals. Of those, 220 units will be affordable housing.

Councilor Darrell O’Quinn, who represents the area, said the project is more than building housing.

“We need to build communities and communities are places where people not only live, but they have the opportunity to access medical care, healthy foods, employment, education… all of those things that are required to have a good quality of life and that is definitely the approach that is being taken with the redevelopment of this project,” he said.

A hotel and some office space could “provide nearby residents additional opportunities for employment. . .  so overall, I think that this is going to represent a major improvement and quality of life for people who choose to stay within the Southtown Court community and folks who live around that area,” O’Quinn said.

“From an economic development standpoint, this project is definitely going to be good for the city, the construction is going to provide hundreds of jobs, but the businesses that are already located there will become important for employment in the city and thus also for revenue to the city’s coffers.”

O’Quinn said he wanted to reiterate a major concern has been that current residents of that community have the opportunity to come back if they desire. “The last thing we want to see is people unwillingly displaced from their place of residence and so, we have paid close attention to that aspect and assured that there has been very close interaction between HABD, the developer and the residents to assure that folks are given the opportunity to come back if they want too.”

Southtown Court, built in 1941, is in the city’s Southside, bordered by University Boulevard to the north, U.S. 280 and St. Vincent’s Hospital to the east, 10th Avenue South to the south and 23rd Street South to the west. It is one of the Housing Authority of Birmingham District’s (HABD) older developments with poor site layout, outdated materials, aging infrastructure, and a lack of modern conveniences.

HABD announced its plans to redevelop Southtown in 2015, bringing on Southside Development Co., a partnership between Corporate Realty and several other property managers. 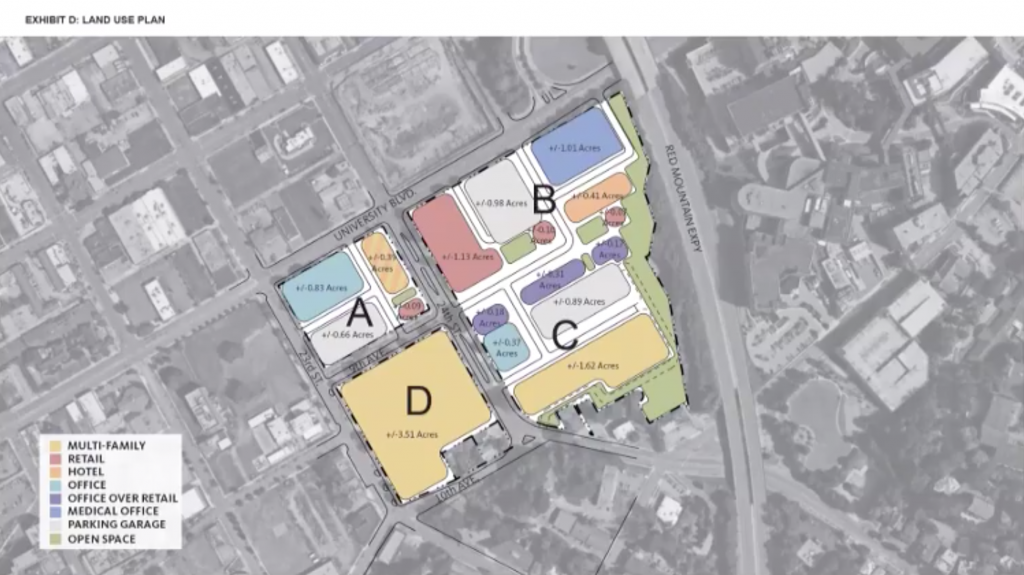 Plans to redevelop date back to 2008, when then-Mayor Larry Langford suggested turning it into a mixed-use commercial district. The 445-unit public housing community was once home to 1,000 people. Only about 88 of the units are still occupied. Housing vouchers were given to 224 families to enter the private housing market, while others took the option to relocate to other HABD properties in Birmingham.

Carol Clarke, general manager of Southside Development Co., told councilors that the HABD “has taken great time and care in facilitating the relocation of the current site residents,” and that relocation efforts were roughly 90 percent complete.

Councilors wanted to make sure those who left Southtown have a chance to return.

“The people that live there, will get an opportunity to come back and it will be an upscale community with hotels and of course access to the hospital and new transportation . . .,” said Councilor John Hilliard, chair of the Economic Development Committee.  “. . . There will be senior homes out there as well… I think it will be great for that area of town and compliment the hospital and that side of town.”

In the midst of a pandemic, Birmingham is still thriving and continuing to push forward, Hilliard said, pointing to projects in Ensley and at the site of the former Carraway Hospital.

“More tax dollars will be spent in our city which will be good for the City of Birmingham and hopefully we can take that money and use it to redevelop our 99 neighborhoods,” he said, “and it also shows that Birmingham is growing and will give an opportunity for our young people willing to stay or move back to Birmingham… these are some exciting things for the future.”