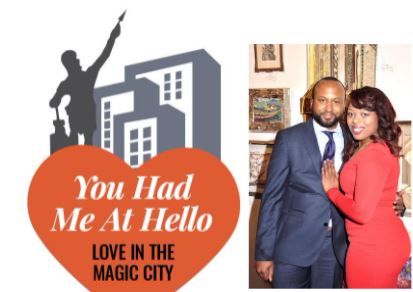 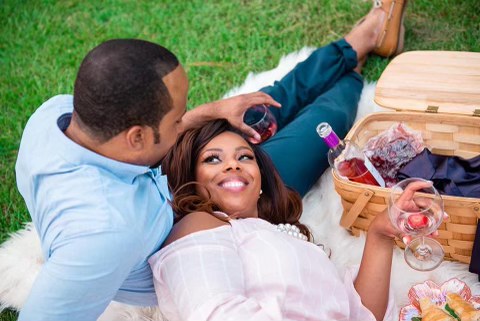 Met: Jan. 10, 2010, at a call center in Hoover. Brittney was a financial aid rep and Rodney was general rep. Brittney and Rodney’s desks had been relocated to the same floor.

As Brittney settled into her new desk, “the next thing I know, Rodney comes walking in and sits right next to me,” she said. “We became fast friends, we talked and laughed and joked all day. It was just he and I in that area for several weeks and in between calls we would have fun. His birthday was two weeks after we met and he invited me to his birthday dinner.”

“I had a boyfriend at the time but I thought he was cute and dressed really nice,” Brittney said.

“I didn’t know she had a boyfriend,” said Rodney, “I didn’t even come onto her right away…we were in the position to keep each other sane, so to speak, we kept each other company and entertained. Because we did hit it off [and] we did blossom into a genuine friendship. We had a lot of things in common and similarities in our lifestyles… we could talk about anything from the Bible to relationships.”

First date: August 2014, in Memphis, Tenn. … Brittney accompanied Rodney to a weekend function for an organization he was a part of in law school.

Rodney saw the trip to Memphis as an opportunity to “test the waters.”

“I thought about bringing Brittney along because I didn’t want to make the five-hour drive by myself. We were still friends at the time, we talked on the phone every day and I enjoyed her company.” Rodney said. “We had both kind of been crushing on each other for years [but] we never really had a chance to experience each other on anything other than a friendship level.”

A lot of the romantic feelings that I had been developing over the years had reached its peak, Rodney said.

Brittney remembers going to dinner someplace nice every evening after Rodney’s sessions. “And while he was [in law functions] I explored the city by myself…,” she said. For the dinner dates, “we got all dressed up and went to really nice restaurants, and the last night over dinner he told me that he enjoyed spending time with me and that he loved me, but I thought he was talking about as friends,” she said, “I didn’t know he was in love with me.”

The turn: In 2014 following their trip to Memphis. “When we were leaving the restaurant the last night in Memphis, he kissed me, and I was shocked because I didn’t know how strong his feelings were for me.  And once you cross that line and kiss your friend it’s like, ‘ok, we’re serious now, we go together’,” Brittney laughed.

The proposal: Jan. 28, 2018, over dinner at a restaurant in the Pizitz Food Hall in downtown Birmingham.

“I knew I was going to propose that day and I knew I wanted to take her somewhere we’d never eaten before. [During dinner] I was nervous the whole time… I didn’t know what I was doing, or what I was going to say,” Rodney said. “After we were done and leaving, I had my phone out because I asked one of the waiters to take our picture outside because it was well lit. And [during the shots] I got down on one knee and popped the question.”

Brittney was excited and happy, “I said yes,” she said.

The wedding: At Faith Chapel in Wylam, officiated by Bishop Jim Lowe. Their colors were burgundy, white and gold.

Most memorable for the bride was walking down the aisle. “Seeing that Rodney had tears in his eyes was very sweet, even my bridesmaids were crying,” Brittney said. “Seeing all the support from our loved ones was memorable.”

Most memorable  for the groom  was how he felt after their nuptials. “I felt like a big weight had been lifted. The whole planning process was stressful, and after the wedding I felt a sense of relief to have the formal part over and Brittney officially my wife,” Rodney said. “Felt like life was starting over at that point, like a new beginning.”

The couple honeymooned in Punta Cana, Dominican Republic. The Davis’s said that being able to relax and enjoy a different country was a wonderful experience.

Brittney added, “living our lives on our terms not based on anyone else’s timeline, and enjoying each other and focusing on what matters to us.”

Happily ever after: Brittney, 33, is a Mobile, Ala. native and a Davidson High School [Mobile] grad. She attended the University of Alabama at Birmingham [UAB], where she obtained a bachelor’s degree in criminal justice. Brittney is a realtor with Keller Williams in Vestavia.

Rodney, 33, is a Hillsboro, Ala. native and an East Lawrence High School [Trinity, Ala.] grad. He attended the University of Alabama at Birmingham [UAB], where he obtained a bachelor’s degree in communications studies, and Jones School of Law in Montgomery, Ala., where he obtained his Juris Doctorate. Rodney is an attorney and has his own practice, The Law Office of Rodney Davis LLC in Birmingham. 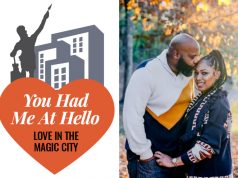