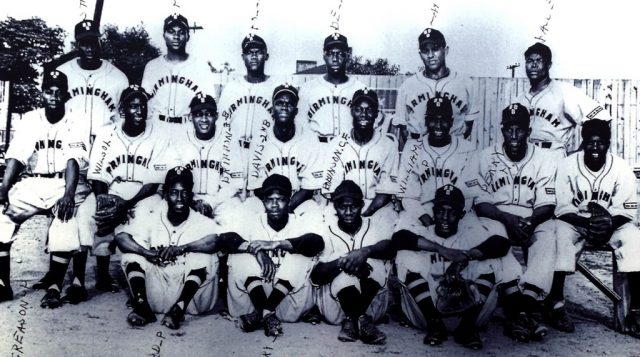 Barbershop banter about the greatest baseball players ever has more ammunition after Baseball-Reference.com, a Sports Reference website, dramatically expanded its coverage of the Negro Leagues and historical Black major league players.

Following the website’s launch on June 15, Major Negro Leagues from 1920-1948 – including the Birmingham Black Barons – are listed with the National League and American League as major leagues.

“Our view is that these players always were major league players, and it was an oversight on our part that we did not list them as major league players,” said Sean Forman, president of Sports Reference. “Such was the quality of play in the Negro Leagues. Just saying the term major league, we’re implying that they’re at the top league, in the top echelon of baseball being played. Certainly counting Willie Mays and Satchel Paige among your alumni for (the Birmingham Black Barons) lends it a certain level of quality.”

A release on the website said Baseball Reference is “not bestowing a new status on these players or their accomplishments. The Negro Leagues have always been major leagues. We are changing our site’s presentation to properly recognize this fact.”

The website acknowledges the work of Gary Ashwill, Scott Simkus, Mike Lynch, Kevin Johnson and Larry Lester on the Seamheads Negro League Database, where the data was acquired. The Society for American Baseball Research (SABR) and its members were credited with being instrumental in researching and publishing the history of the Negro Leagues.

“But we can still quantify their greatness by showing that Satchel Paige struck out almost one batter every inning, which is very close to what Nolan Ryan and other ballplayers have done,” Lester said. “We can show that Josh Gibson hit a home run every 13 or 14 times at bat, which is right in line with Hank Aaron, Barry Bonds and Babe Ruth. Across the board, we can take statistics and show how great these Black players were.

“When we do that barbershop argument about the greatest ballplayers of all time, we use stats, even though they never played against each other,” he continued. “Now we have these stats available and we can quantify our argument. We can do a comparative analysis of why these players should be in the Hall of Fame.”

“These ballplayers have been under the radar until now,” he said. “Now we’re going to introduce a new genre of great ballplayers.”

A statement on the website said Sports Reference has been working diligently to incorporate “this long overdue and critical part of the sport’s history into Baseball-Reference.com. The move was spurred by thoughtful commentary on the matter last summer, as well as Major League Baseball’s announcement in December of 2020 of its policy to recognize the Negro Leagues as major leagues.”

“There will be several thousand new pages, player pages,” Forman said. “There will be hundreds of new team pages. There will be more new league pages relating to the Negro Leagues.”

The website acknowledges that the Negro Leagues data is incomplete.

“While the quality of play in the Negro Leagues was on a major league level, the wages, travel, playing conditions, press coverage and record-keeping were more varied, primarily due to systemic racism,” the site reads. “Additionally, Negro League teams played a shorter regular season schedule, but with an extensive amount of exhibitions and barnstorming games that made for seasons that often approached 200 or more games in total. These contests were not part of their league schedule and are therefore not included in this database.”

“It’s also important to remember that the history of Black Baseball does not start in 1920 or end in 1948, and even from 1920-1948 our presentation is incomplete,” the site reads. “There were hundreds of teams and thousands of players that make up a more complete and richer history of Black Baseball than we are able to present here. From 1920-1948 there were many star players and teams that found it more feasible to play only a barnstorming schedule (not just in the United States but also the Caribbean, Mexico and Venezuela) rather than participate in leagues.”

The website includes invited articles, including one penned by Gary Gillette about former Negro League ballparks that are still standing. Birmingham’s Rickwood Field is among those listed in the article.