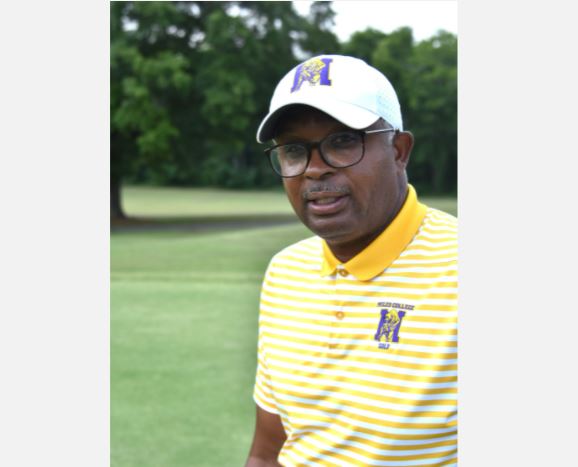 Leonard Smoot was in the U.S. Marine Corps when he first got the notion of attending a golf tournament he had watched on television—the PGA WORKS Collegiate Championship.

Smoot recalled thinking, “Maybe one day I’ll go check this event out because it was being shown on television, on the Golf Channel. It’d be pretty cool to do that.”

Last month, Smoot—now the golf coach at Miles College, the historically Black college in Fairfield, Alabama—did more than simply attend the tournament, formerly known as the National Minority College Championship. He and his Miles team won the event.

“I mean, I couldn’t [have] written the script,” he said. “Now Miles College’s name is etched in stone at that event forever.”

The PGA WORKS Collegiate Championship is a national competition for historically black colleges and universities (HBCUs). It is also the tournament that inspired the 2013 movie “From the Rough,” in which acclaimed actress and HBCU grad Taraji P. Henson portrays a woman who rounds up a diverse team at Tennessee State University that ultimately became national champions.

This year, Miles, whose golf program has been around for eight years, could have written a script for a sequel.

Smoot led his Golden Bears to the Division II title, continuing a successful run throughout his tenure of leading the Miles team on the links.

“It took hard work for my part as a coach, as well as finding kids who believe in the golf program and believe in Miles College,” he said.

Smoot grew up in Flint, Michigan. He was the oldest of three children in his family, and his father envisioned his oldest son becoming a professional baseball player. Though Smoot played baseball through high school, pitching and playing in the outfield, he thought he would take his tenor voice to an R&B singing career.

Instead of going into the music industry, he followed a different path when a buddy talked him into joining the Marine Corps. “After 24 years, I was the only one who stayed” in the Marines, Smoot said.

“At least I got an opportunity to live my dream out [as a singer],” he added. “I sang with a group called B4, Brothers Forever, in Okinawa, Japan. We opened for [popular R&B artists] Erica Badu, K-Ci and JoJo, Carl Thomas, and Montell Jordan. We even got an opportunity to open for [famed rock band] the Beach Boys, [and] I was like, ‘We’re big time!’”

Smoot, 59, finished his military career in January 2005 with the rank of Chief Warrant Officer 3 (CW3). He was also one of just three African Americans to earn a place on the Marine Corps golf team.

When Smoot was in his youth, an uncle tried to introduce him to playing golf. That flirtation lasted about 30 seconds, he recalled.

“I hit one or two balls, and then [the clubs] were back in the garage,” Smoot said. “It wasn’t until I was in the Marine Corps, about to be promoted, when I saw my boss, a colonel, playing. That’s when the lightbulb kind of went on.”

First Student Of The Game 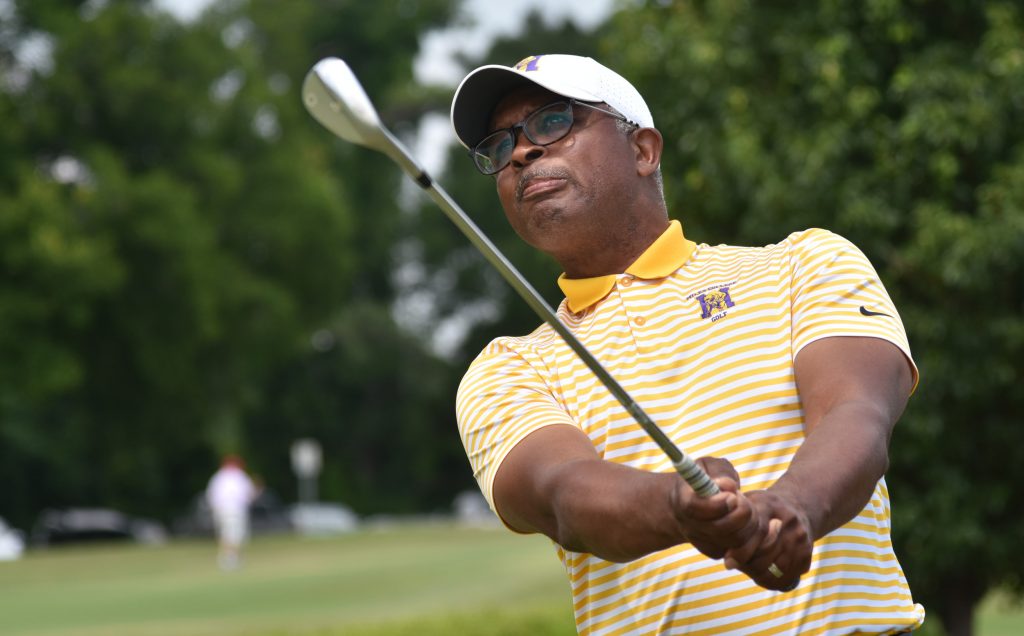 The Michigan native became his own first student of the game.

“I just opened up a Golf Digest that had [pro golfer] Nick Faldo on it and started teaching myself,” he remembered.

A 2-handicap golfer today, Smoot now plays about once a week. His only play on a famous course was the four holes he played at the Tournament Players Club at Sawgrass (TPC Sawgrass) course in Ponte Vedra Beach, Florida, this year, although he has played pro-am events at Greystone and Shoal Creek during the Regions Tradition.

The retired Marine had traveled to Birmingham throughout his life, starting around age 5, visiting relatives in Collegeville. His parents were natives of Alabama, who grew up in Sumter County. Smoot followed his military career with a Bachelor of Science degree in business management from Huntingdon College, in Montgomery, Alabama.

Smoot had considered places like Las Vegas, Nevada, or somewhere in Florida as likely retirement locales, but his younger sister Sheila, a former Birmingham TV reporter and Jefferson County commissioner, talked him into planting roots in the Magic City in January 2005.

“My Name is Leonard”

He recalls Shelia, now the news director for Summit Media Corporation, introducing him as her “brother Junior.”

“I thought, ‘No, my name is Leonard. Junior is reserved only for people that really know me, not for the people you’re introducing me to,’” he said.

Smoot always thought he might coach at the high school level, but he has found success as the golf coach at Miles College. Prior to coming to the college in Fairfield, Smoot’s coaching experience had been limited to a boxing ring in Okinawa, Japan, and in his CW3 role.

Smoot became the first golf coach at Miles in April 2013. He initially visited the campus and told then President George T. French and the interim athletic director how golf could “add some prestige” to the college. That conversation didn’t appear to bear fruit until Smoot got a call “out of the blue” to meet with French.

“He said he wouldn’t do this without me,” Smoot remembered French saying.

The Golden Bears won the Southern Intercollegiate Athletic Conference (SIAC) championship in 2016 and finished as the runner-up in 2015, 2017, and 2018.

Smoot has built a team whose racial diversity—five whites and six Blacks—is no accident.

“I want it that way,” he said, acknowledging a wish to have at least one international player on the squad.

“I think in order to make change [in society], we have to have that balance and be able to communicate with one another and learn about different things.”

Head football coach and athletic director Reginald Ruffin describes his golf coach as “the best in this business.”

“We’re fortunate to still have him, but we try to do our best to keep him because he’s sought out,” Ruffin added. “A lot of people want Leonard Smoot.”

Smoot is sought after because of his success. He’s been SIAC coach of the year for four straight years, from 2016 to 2019. When the SIAC announced in early March 2021 that it would not host a conference championship tournament this year out of concern over COVID-19, Smoot set his sights on the PGA WORKS Collegiate Championship, the national championship for HBCUs. Miles placed dead last in its only other appearance in 2015, Smoot said.

The PGA WORKS is the most culturally significant championship in collegiate golf. It annually hosts HBCU student-athletes, Hispanic-serving institutions, and other minority-serving educational institutions. One hundred sixty-two students from 41 schools competed in 2021.

The Golden Bears’ top four scorers shot a combined 2-over through the first nine holes of the final round to take command en route to a 21-stroke victory for the Division II crown at TPC Sawgrass.

Miles’s Anthony Lumpkin earned medalist honors with a three-day score of 231 to win by two strokes over Kentucky State University’s Rob Duff and three strokes ahead of his Miles teammate Phillip Darst. The win marked the first time Miles finished atop the leaderboard in the event.

Lumpkin, a senior, said Smoot’s demeanor convinced him to join the Golden Bears program. It was also, he said, Smoot’s dream of winning a national championship.

“It’s something he’s always wanted to do,” said Lumpkin, a Guntersville, Alabama, native and Trafford resident. “Just everything that he talked to me about when he was recruiting me, all the plans he had. He was a really down-to-earth guy. He loved talking about Jesus and how he was in the military. That’s pretty much what I liked about him.”

The coach said he just wants to give back—“Pass it on. Pass it forward.”—what’s been given to him. That includes work Smoot has done with young people in public housing communities, teaching them not just the strokes of playing golf but educating them on various career opportunities in the sport.

“My goal is to mentor kids in our community,” he said. “It’s time for us to focus totally on our community, to make sure our kids are getting this beautiful sport … and taking it and using it in any way possible that’s going to allow them to be successful.”

Smoot remains humble as he continues working successfully with young adults and children.