Darryl Brooks lived for the streets. He was using marijuana at 10 and selling drugs by middle school. He continued to sell as an adult, until he caught law enforcement’s attention and received a 50-year sentence.

Five years into his sentence, Brooks trusted Jesus for his salvation. He says, “God wrecked my life, and I ain’t been the same since.” In 2000, he was transferred to the Carol S. Vance Unit in Richmond, Texas, where his wrecked life was rebuilt into something much stronger.

After arriving at the Carol S. Vance Unit, Brooks enrolled in the Prison Fellowship Academy®, which offers incarcerated men and women a pathway to holistic life transformation. Brooks didn’t know it at the time, but he was taking part in a relatively new experiment in corrections spearheaded by Prison Fellowship founder Charles “Chuck” Colson.

Chuck Colson was no stranger to prison. After serving seven months for a Watergate-related offense, he founded Prison Fellowship and devoted his life to ministering to prisoners. In addition to his own time behind bars, Colson spent countless hours in prisons around the world. They were all largely the same—unpleasant places where criminal activity seemed to ferment instead of decrease.

But one of them was different.

A PRISON WITHOUT GUARDS

Colson would never forget visiting Humaitá Prison in Brazil for the first time. The courtyard was clean, and the buildings had whitewashed patios and fresh blue trim. The rooms inside were neat and orderly. The prison didn’t even have armed guards. Clearly, something was different at Humaitá.

At the time of Colson’s visit, the prison—once a notoriously squalid and violent men’s facility—had been run by Christian volunteers for 18 years. Since the volunteers had taken over, recidivism (the rate of former prisoners reoffending) had dropped dramatically—astonishing when considering the average worldwide rate at the time was 75 percent. How had this happened? Colson realized the prison ran on the love of Christ and respect for fellow humans.

Colson was hooked. He saw this as a way to build on the foundations of what he and Prison Fellowship were already doing behind bars with classes and events. He began dreaming of re-creating what he saw at Humaitá in the United States. He brought the idea to Texas correctional and then-Texas Gov. George W. Bush, who was eager to see the idea brought to fruition. He ordered that such a program be established within 90 days.

The Carol S. Vance Unit in Richmond, Texas, opened in April of 1997 with the full support of the Texas Department of Criminal Justice. It was the first of its kind—an expressly Christian prerelease program.   The program was run on Christian principles, but people of any no faith could apply, be accepted, and graduate from the program. The program would go on to be called the InnerChange Freedom Initiative (IFI).

According to one report, IFI represented “perhaps the first full-scale attempt to offer comprehensive programming emphasizing education, work, life skills, values restructuring, and one-on-one mentoring in an environment where religious instruction permeates all aspects of the prison environment.”

The launch of IFI at the Carol S. Vance Unit was a huge win for Colson and Prison Fellowship. Now the question was: Does it work?

Not only did the IFI program work, but the results were better than anyone could have imagined. In a study conducted by the Center for Research on Religion and Urban Civil Society, graduates of the Academy in Texas were found to be 17 percent less likely than their non-Academy peers to be rearrested and 12 percent less likely to be reincarcerated, during the two-year period following their release from prison.

IFI continued expanding into other states, like Minnesota, where the Department of Corrections conducted a study to verify the Academy’s effectiveness. There, graduates of the full program had a recidivism rate of 0.8 percent, compared to the state average of 40 percent. With a proven track record of reducing recidivism, Prison Fellowship launched IFI programs at Minnesota Correctional Facility-Lino Lakes for men and Minnesota Correctional Facility-Shakopee for women. An additional study led by Byron Johnson—distinguished professor of the social sciences at Baylor University and the founding director of the Baylor Institute for Studies of Religion—reported that the program in Minnesota resulted in a benefit of $3 million for the state. (All Academy classes are based on the same values, principles, and practices, but, depending on the facility, the Academy may vary in intensity (hours per week) and Prison Fellowship staff presence. Academic study results refer to the most intensive Academy programs facilitated by multiple staff members.)

Dan Kingery, now senior vice president of field programs, was the founding program director at Lino Lakes and Shakopee. He witnessed the transformative power of God through IFI first-hand: “What we saw was when you bring men and women together inside prison and decide to treat each other with respect and dignity, things start to change.”

A NEW NAME FOR A NEW SEASON

With the new name came a new season of growth. As of January 2019, there are 3,021 prisoners participating in the Academy at 89 prisons in 27 states. In each of these, the state departments of corrections facilitate the presence of Academy programs that are administered by Prison Fellowship staff and volunteers.

As the Academy has grown, its foundations have been solidified. The months-long, intensive program uses evidence-based practices to help incarcerated men and women unlearn negative thought patterns and replace them with healthy ones. Its biblically centered curriculum is standardized and used in each Academy around the country.

But the secret of the Academy isn’t the curriculum—it’s the positive environment created by the Prison Fellowship staff members, volunteers, and the prisoners.

THE POWER OF PRO-SOCIAL COMMUNITY

“The Academy provides a prosocial community within an antisocial environment,” says Sam Dye, who served as the program’s national director from 2004–2010. That prosocial environment is possible because the Academy creates a community within the larger prison community, where the biblical truths behind the curriculum come to life. “Truth is more caught than taught,” as Kingery says. “The real accelerator is when you live out truth in the context of community.”

A BOLD VISION FOR THE FUTURE

Through the Academy, God is restoring men and women and sending them to be leaders inside and outside of prison. One of those leaders is Brooks. After his release in 2002, Brooks volunteered at the Carol S. Vance Unit—where he did time—for several years before joining the Prison Fellowship staff and eventually becoming the manager of the Academy there.

To learn more about Prison Fellowship, visit www.prisonfellowship.org or call 800-206-9764. 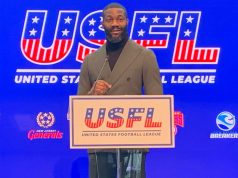 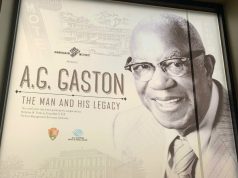 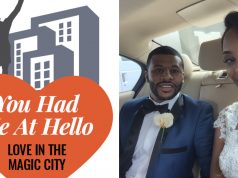