Incumbent Birmingham Mayor Randall Woodfin will face seven challengers on Tuesday, August 24, in the city’s mayoral election; candidates for City Council and Birmingham Board of Education are also on the ballot. The polls open at 7 a.m. and close at 7 p.m.

A candidate must receive 50.1 percent of the vote before being declared the winner. In races for which no candidate reaches that threshold, a runoff election will be held on October 5.

Here are bios on each candidate. 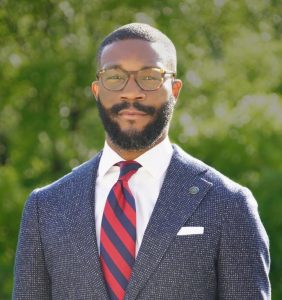 Woodfin, who was first elected in 2017 and is seeking a second term, said the city is in better shape since his election to the mayor’s office.

“Four years ago, I inherited a city struggling from years of disinvestment,” Woodfin said in a Facebook post. “I promised to make progress for all 99 neighborhoods, and—even through the challenges of COVID-19—that’s exactly what we’ve done.”

Woodfin also said, “the work is not over,” and he plans continue the city’s progress.

“We’ve got a whole lot more blocks, a whole lot more streets in all of these neighborhoods to repair, to bring back to life, to make sure our citizens have the quality of life they deserve. I’m running for re-election to finish and to continue what we started,” Woodfin said, as reported by the Birmingham Business Journal (BBJ).

Woodfin has lived his entire life in Birmingham, outside of his four years at Morehouse College in Atlanta, Georgia. Prior to being elected mayor, Woodfin served Birmingham as Board of Education president, a position he held from 2013 to 2015. He also served as an assistant attorney for the city beginning in 2009 up until his run for mayor.

Main Issues: “Four years ago, I inherited a city struggling under the weight of blighted structures, crumbling infrastructure, vast food deserts, and stagnant growth. Since taking office, I’ve torn down thousands of abandoned buildings, repaved thousands of miles of roads, filled potholes in every neighborhood, fought to bring in new grocery stores and prepared over a thousand students to attend college tuition-free through Birmingham Promise. But many of these issues have persisted for decades — we need more than four years to fix them. In my next term, I’ll continue this growth by building more affordable housing, investing in early childhood development, working to rectify the impacts of environmental racism, spending at least $100 million with minority and women-owned businesses, continuing to reduce violent crime and turn the tide on gun violence. These goals and more are laid out on my website at randallwoodfin.com/Vision2025.” 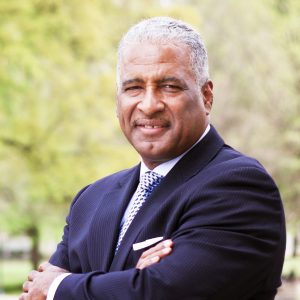 Bell, who served as Birmingham’s mayor from 2010 to 2017, said the city has been heading in the wrong direction since Woodfin was elected.

“Four years of ineptitude and mismanagement have our city hurting and adrift. People out of work, children out of school, families losing homes, and, more importantly, loved ones, record rates of murder and violence in our neighborhoods, chaos in city government, and our finances in a mess,” Bell said in a recent campaign ad.

Bell said his past work as mayor shows he can improve the city’s economic situation.

“Look at the growth we had during that period of time I served as mayor in the past and know that the same skill set I had then still exists within my framework of where we can take this city,” Bell said, as reported in the BBJ. “I will do all I can to continue to make Birmingham the linchpin of [Alabama’s] financial economy.”

What Birmingham needs is a mayor who is able to fix problems, Bell said: “We need a proven leader with a solid record of delivering results to help Birmingham thrive again.” 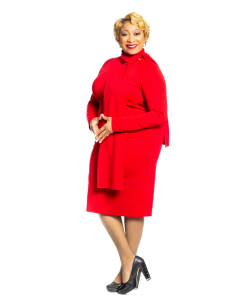 “I want Birmingham to be known as a city of unlimited opportunities, where we’re not based upon our ZIP codes, between the haves and have-nots,” she said in a campaign ad.

Scales told birminghamwatch.org that she wants to see the relationship between the mayor and city improve in regard to projects, policy changes, and issues facing the city.

“There needs to be a conversation that is had intentionally with the legislative branch of government, which is the Birmingham City Council,” she said. “No city can be progressive if the mayor and the City Council are not deliberate in making sure that … both branches of government are not only in constant communication with one another but are willing to sit down together to make sure that, as much as possible, we are addressing issues on the front end and not the opposite.”

Prior to being elected to the County Commission in 2018, Scales had served as a Birmingham City Councilor since 2009. Scales is also a public relations professional who started Scales Public Relations and Marketing in 2000.

Political experience: Ran for the Birmingham City Council in 2005, losing to Joel Montgomery in a runoff. Finished second in the primary to incumbent Oliver Robinson in a bid for Alabama House District 58 in 2006. Was elected District 1 representative to the City Council in November 2009 and served nearly 3 terms. Defeated George Bowman for District 1 seat on the Jefferson County Commission in 2018.

Professional experience: Owner, Scales PR Marketing Firm Inc., February 2000-present. Has worked for several other businesses, including some that are family owned and operated. 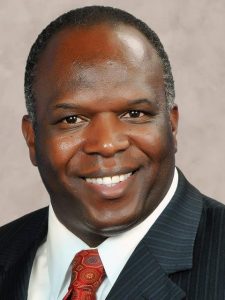 “I believe that we come together with a vision that unites us and brings us together, regardless of our political party … to address public education, to address our rise in crime situations, to create honest, transparent government, and to create a work environment for people from all walks of life,” Woods said in a July forum held by the Birmingham Peacemakers at New Hope Baptist Church. “As your mayor, your voices will be heard.”

Prior to starting his construction business, Woods, who ran unsuccessfully for mayor in 2017, was a professional football player. After playing at Auburn University, he first went to the Canadian Football League and later played two seasons with the Los Angeles Raiders and one season with the Denver Broncos.

Political experience: Has not held political office but is making his third bid for mayor, having run in 1995 and 2017. 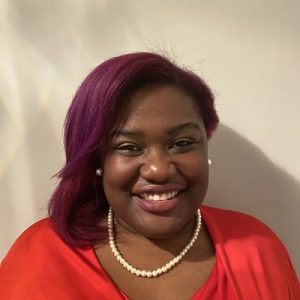 Brown said she can listen to residents of the city better than other public servants.

“I’m tired of the career politicians running our city and not listening to us,” Brown said in a campaign ad. “As your neighbor, I can relate to you on a level that none of my opponents can. … It’s time to vote a neighbor as your mayor, a mayor that is a servant leader and a great listener, [a mayor that] cares for all 99 neighborhoods.”

Minority groups, in particular, are ignored in Birmingham, Brown said.

“I have a heart for all marginalized communities. That is the [lesbian, gay, bisexual, and transgender (LGBT)]-plus; that’s the seniors, disabled, homeless,” Brown said, as reported by the BBJ. “Sadly, in Birmingham, with us being 74 percent Black, we are considered a marginalized community because we get overlooked so much by this current administration.”

Brown has worked for BlueCross BlueShield of Alabama and as a counselor for online mental health group the Peer Collective.

Political experience: First political race. She is the only mayoral candidate who has not previously run for office.

Civic experience: Director, Birmingham Chapter of the Little Black Dress Club for businesswomen; vocal advocate for mental health and for members of the local homeless population 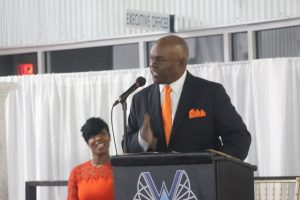 “If we’re going to fix Birmingham, we’ve got to start in the [other] 98 neighborhoods instead of [just] District 5, [downtown Birmingham]. If you go drive in the [downtown] Uptown district, compare that to Ensley. Everything should look like Uptown,” said Williams in a July forum held by the Birmingham Peacemakers at New Hope Baptist Church.

Darryl Williams did not respond to request for information from BirminghamWatch.org, and little information on him was publicly available. 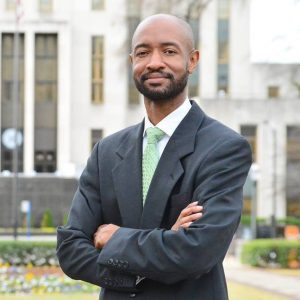 “I’ll work with the new City Councilors in making sure there are checks and balances,” Hill II said in an August forum held by the Birmingham Peacemakers at New Hope Baptist Church. “The mayor should not have all the power, and the Council should have the power to check and balance what the mayor is doing. It’s the public’s money, not the mayor’s money.”

Birmingham has not made much progress in the last 60 years, because “we get so bogged down with politics that we forget about equality,” Hill II said in an August forum held by the Birmingham Peacemakers at New Hope Baptist Church. “This is a Civil Rights town, and not too much has changed in 60 years, so we need leadership that can unite the city.”

Main issues: On his Facebook page, Hill says that, if elected, he would push for more health, recreation and entertainment options for each of Birmingham’s nine districts; advocate for a museum in the Civil Rights District honoring African-American veterans; and develop a HBCU Sports Hall of Fame and Museum to complement the Magic City Classic football game. Hill also on his page opposes the council’s actions to encourage people to get vaccinated against COVID-19.

Efforts to reach Gonzalez for comment to gather information were unsuccessful.