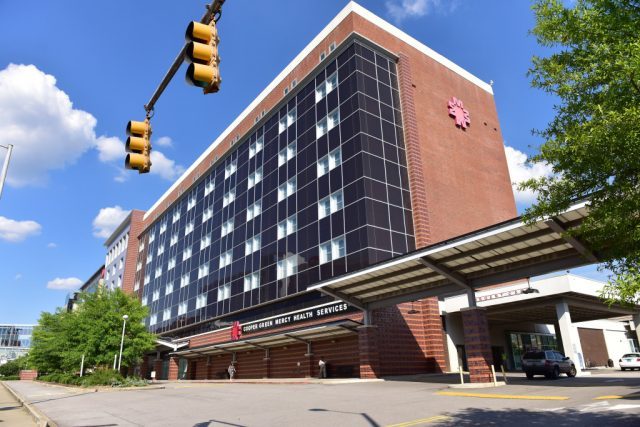 Officials with Jefferson County and the University of Alabama at Birmingham announced Tuesday the launch of demolition and planning for a new Cooper Green Mercy Health Services building in Birmingham to replace the old hospital.

The new facility is currently budgeted at $55 to $65 million and will occupy about 150,000 square feet, said David Randall, chief strategy officer for the UAB Health System, which has run the clinic since 2020 for the county. The new clinic will be built on the site of the Cooper Green parking garage.

Randall said the demolition of the parking deck could begin later this year and finish by spring. Planners hope to have the building completed in 2025, he said.

“The current Cooper Green clinic was part of the hospital that closed roughly about 10 years ago,” Randall said. “That facility was built back in the 70s. It’s very expensive to maintain and very inefficient in terms of its use and operation. And in fact we anticipate saving tens of thousands if not hundreds of thousands in utilities alone just by moving to a new clinic.”

Jefferson County is the only county in the state with a health system for low-income residents. Cooper Green charges sliding fees based on family size and income for residents of the county. Inpatient hospital services closed at the end of 2012, but the building still houses primary care, specialty clinics and a pharmacy. The indigent health care program appeared to be in jeopardy after Jefferson County’s 2011 bankruptcy.

Deputy County Manager Walter Jackson said officials began planning for a new facility around the same time the hospital closed. He said the announcement of a new facility is a moment of pride for Jefferson County.

“Even today, Jefferson County and Alabama are among a very small group of state and county governments that have a dedicated funding source to provide for the health care of the most needy populations in our community,” Jackson said. “And I think sometimes we tend to take these things for granted.”

Randall said the number of people enrolled as patients at Cooper Green doubled in the last year. Health system officials have added clinics for behavioral health, pain management, nutrition and others, Randall said.

The clinic will allow providers to expand their role into the community by providing health literacy and nutrition information, Randall said.

“We anticipate that we’ll continue to grow, not just providing those services within the clinic but also outreaching into the community,” Randall said.

This story appeared originally on www.al.com