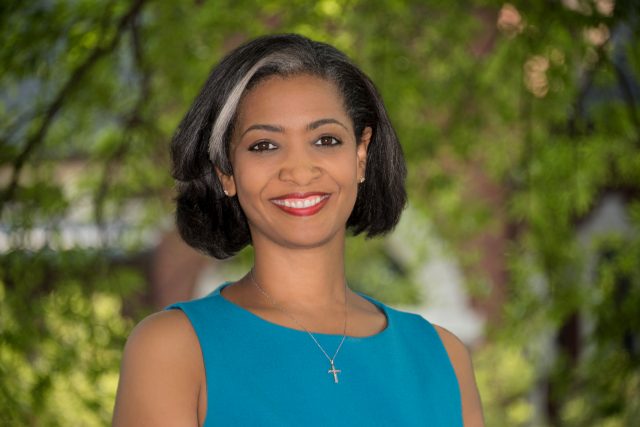 Stephanie Yates, Ph.D., couldn’t wait to get started as the newly named chair for the Department of Accounting and Finance at the University of Alabama at Birmingham (UAB).

“Our department has a first-class faculty and staff, and I am excited to continue to work alongside my colleagues to enhance our programs and champion our department in the business community,” Yates told UAB News.

Like the leader of any team, Yates, who assumed her new role on September 1, said her goal is to help make everyone around her better.

Yates said she’ll make sure that UAB faculty members have the support and backup they need and “an opportunity to be heard when they think we need to do things differently.”

“They’ve got somebody who’s going to fight for them when they’ve got problems and honestly shoot straight with them when they’re not doing the best that they can do,” she added. “My job is doing whatever I can to make everyone in my department better.”

Yates has certainly been prepared for the job. Both parents, Gwen Menifee and Albert Yates, are educators.

“They’re my first and foremost,” she said. “My dad was an administrator, so I kind of watched what he did and saw the impact that he had. I thought, ‘That’s pretty cool. I want to do that.’”

Yates’ father, Albert, is a retired academic administrator who served as the president of Colorado State University from 1990 until 2003.

“The same thing goes for my mom,” she said. “My mom was an educator and an administrator at the elementary school level. … I grew up watching what they did, and they both inspired me so much to reach for the stars.”

Yates, 52, is originally from Los Angeles, California. Her family relocated to Bloomington, Indiana, in 1969, a year after she was born, to be with her father, who was then teaching at Indiana University. She spent half of her elementary years in Indiana before her family moved to Cincinnati, Ohio, where she attended what she called the “best high school in the country”—Yates was 11 years old at the time.

“I went to Walnut Hills High School, … one of the best schools in the state of Ohio. It’s an award-winning college-prep school, and you had to take a test to get into it. … It was one of those schools that was built solely to really prepare students academically.”

Because of her age, Yates admitted that her time in high school wasn’t the easiest. She ran cross country and track, even played basketball. Still, she struggled to fit in.

“High school is terrible for lots of people, but it was really terrible for me [because I was] in a high school with 18-year-olds,” she said. “It was very intimidating, and I had a lot of trouble making friends. … I [also] couldn’t do all the things that high school kids got to do.”

Yates remained ahead of her time. She graduated from high school in 1985 at age 16 and attended Washington State University, where her father was the provost.

“[That was another] really hard transition for me, as well, going from Ohio to the state of Washington at 16,” she said. “It didn’t go very well because being away from home is hard for anybody, but it’s even harder when you’re 16 and immature. … Even though my dad was there, he was busy. I was a pre-med biology major and picked my own schedule, and I had like 18 credit hours the first semester. It was brutal and terrible.”

She switched her major to business during her freshman year, realizing she wanted to do something more “tangible.”

“I just always thought at that point in my life that I wanted to be a doctor, a medical doctor. I went pre-med, and it just wasn’t a good fit for me. Switching to business made a lot more sense. The classes made more sense, … and I was much more excited about it.”

After finding something more suited for her, Yates realized that one more thing was missing: her location. Yates transferred back home to the University of Cincinnati after her first year and switched her major to marketing. She graduated with her degree in marketing at the age of 22 in 1990. Shortly thereafter, she worked as a bookkeeper, which made her realize that she “really liked numbers.”

“I wasn’t creative enough to have a career in marketing,” said Yates, who would earn a bachelor’s degree in marketing, a Master of Business Administration (MBA) in accounting, and a master’s degree in international economics from the University of Cincinnati, as well as a Ph.D. in finance in 2004 from Louisiana State University.

In 2007, she joined the faculty of UAB’s Collat School of Business Birmingham as an assistant professor and earned tenure in 2012.

“My husband at the time and I were both finance professors, and we decided that we didn’t want to stay in New York [because] we didn’t love the positions we had,” she said. “In order to leave, we had to find two jobs as finance professors. UAB had two positions open, which is not the norm. You have to go to either a big city that has two universities or a big school that has two openings and open to hiring a wife and husband.”

At UAB, Yates has been active in several initiatives, including building, growing, and maintaining the UAB Regions Institute for Financial Education, which “aims to serve as a model for financial research and education in the Southeast and beyond,” she said.

Yates also shares her financial wisdom on a broader scale. She is an Accredited Financial Counselor and a Certified Financial Planner, who has provided finance advice on NBC News, Consumer Affairs, and local news outlets. As a leading financial expert, she is well-versed in topics related to inherent racial bias on financial decisions, such as reverse mortgages. She authored “Behavioral Determinants of Mortgage Defaults,” which identified borrowers that are more likely to default based on various socioeconomic measurements. Also, her current research includes analyzing the success of financial education, as well as how consumers gain knowledge.

In addition to serving in a leading role by conducting research, sharing her wisdom, and supporting faculty and staff at UAB, Yates is part of another winning team—her family. She is married to former UAB basketball All-American Steve Mitchell and is the mom of two children from a previous marriage and stepmom of two.

“I lean on [my husband] quite a bit as a mentor and a role model and a support person because he’s kind of who I want to be in terms of disposition,” she said. “His personality is amazing. … He’s the guy that everybody wants on their team and in their corner. I want to be like that, [too], … so he’s definitely an inspiration for me.” 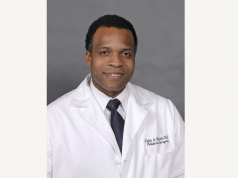 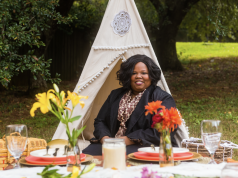 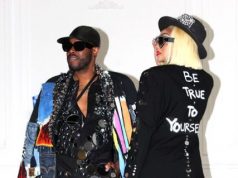