Here are Mayor Randall Woodfin’s appointments for the city’s leadership in his second term which began Nov. 23, 2021.

Reappointed to the position, Bowen, who came onto the mayor’s leadership team with his election in 2017, formerly served as chief of staff for Birmingham City Council District 8 for Steven Hoyt. Bowen had also worked both as an executive assistant and an instructor at Lawson State Community College. During Bernie Sanders’ 2016 run for president, Bowen served as Alabama’s outreach director for his campaign. Bowen is a graduate of Tuskegee University and holds an MBA from Johnson and Wales University in Providence, Rhode Island. 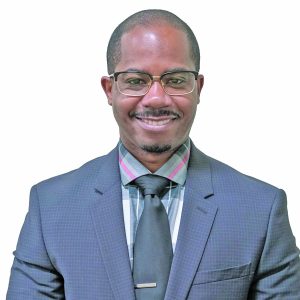 Reappointed to the position, Bowser worked as a journalist and editor, having spent eight years at Louisville, Kentucky’s The Courier Journal prior to joining the Woodfin administration. Bowser began working public relations in 2009, when he joined Birmingham’s Luckie & Company, a firm in the city, and with Alabama Media Group, where he served as their statewide community manager of digital operations. Bowser holds a bachelor’s in journalism from Norfolk State University in Virginia. 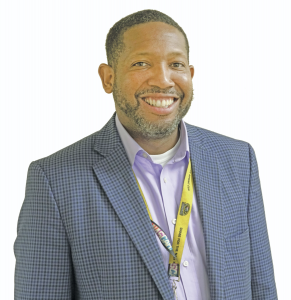 To serve this post, Datcher will leave his previous post as director of intergovernmental affairs. Before his initial appointment in 2017, Datcher had worked for the Bernie Sanders 2016 campaign, serving as its Alabama director. Datcher also previously worked as the director for investor relations at REV Birmingham, in addition to serving as a committee assistant for County Commissioner Sheila Tyson while she represented District 6 on Birmingham City Council. Datcher holds a bachelor’s degree in political science from Gettysburg College in Pennsylvania. 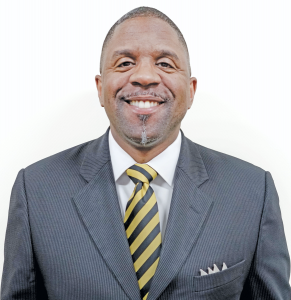 Reappointed to his position, Fields’s work in Birmingham began in 2000 with the Birmingham Regional Chamber of Commerce. Fields worked with the Chamber for seven years, eventually working his way up to the position of vice president of business development. Fields also co-founded and headed an events management company called Relax, It’s Handled in 2007, before moving onto a community outreach and events planning role for Alabama Media Group. In 2017, Fields served as Woodfin’s campaign manager. Fields has previously been involved with a number of civic organizations such as the Birmingham Change Fund, the Central Alabama Women’s Business Center and the Hispanic Interest Coalition of Alabama. He holds a bachelor’s degree in marketing from Alabama State University, as well as an Executive Master of Business Administration from the University of Alabama. 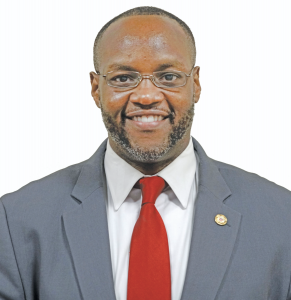 Reappointed to the position, Hilliard began serving as Woodfin’s deputy director of intergovernmental affair in 2017, but moved into his current role as senior director of governmental affairs in Dec. 2018. Hilliard is a filmmaker, an attorney and represented District 60 in the Alabama House of Representatives from 2006 to 2010. He previously worked as an attorney with Hilliard, Smith & Hunt and later the Hunt-Hilliard Law Firm. He’s served president of Magic City Films and holds a bachelor’s degree in business marketing from Morehouse College in Atlanta and a law degree from Howard University in Washington, D.C. 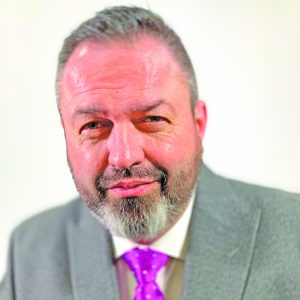 Reappointed to the position. Journey worked as a reporter for WBRC FOX6, from 1992 to 2012 before coming back again for two years in 2015. He co-anchored the station’s Good Day Alabama from 1999 to 2012 and has also worked as an adjunct instructor at the University of Alabama at Birmingham, in addition to running Rick Journey 360, his own public relations firm, from 2012 to 2015. Journey holds a bachelor’s in communications from the University of Alabama. 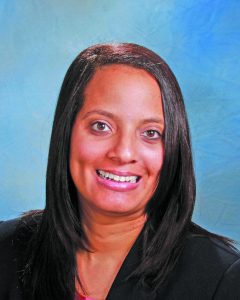 Reappointed to the position, King began her legal career with the city of Birmingham Law Department in 2006. She is a native of Birmingham and graduate of Ramsay High School, the University of Alabama and Texas Southern University Law School. She has successfully handled cases before the Alabama Supreme Court, Alabama Court of Civil Appeals and the U.S. Court of Appeals for the 11th Circuit. 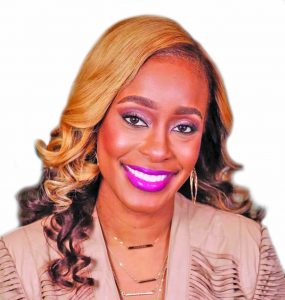 Gray-Lewis is formerly the district 5 committee assistant under former city council president Johnathan Austin from 2013 to 2017. In 2014, she also served as one of Austin’s representatives to the Birmingham Public Library board. 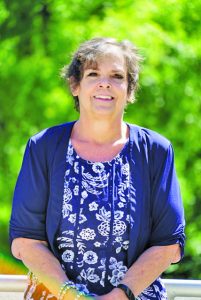 Reappointed to the position, Madajczyk, prior to working for the city of Birmingham, worked for the city of Memphis more than eight years, first as a senior assistant city attorney and then as the deputy director for human resources. Before working in local government, Madajczyk practiced law for nine years with Memphis firm Wolff Ardis, P.C. She holds a bachelor’s degree in political science from Indiana University Bloomington and a Doctor of Law from Valparaiso University School of Law in Indiana. 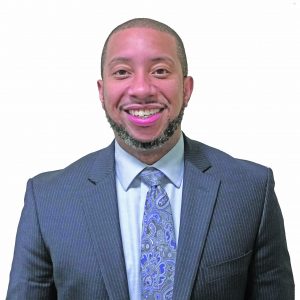 Formerly deputy chief of operations, Mitchell has worked in City Hall for 15 years, 11 years as the deputy council administrator for the City Council and four years on Woodfin’s leadership team. Mitchell is a Ramsay High School alumnus and graduate of the University of Alabama at Birmingham with a bachelor’s in accounting and a Master of Business Administration with a concentration in finance and marketing. 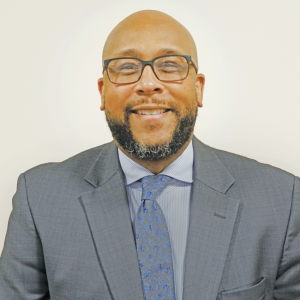 Transitioning into the role of chief financial officer from his position as chief of operations, Moore has worked for the city of Birmingham for 26 years. Prior to his work with Woodfin, he served as the director of the city’s Parks and Recreation department, director of the Birmingham CrossPlex and chief of staff under acting Mayor Carole Smitherman in 2009. Moore is a 1992 graduate of Samford University. 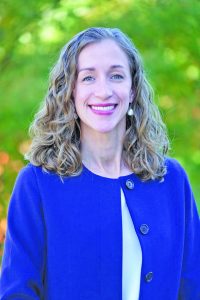 Muller has served in the role since September 2020 but also worked with Birmingham in the summer of 2019 on a fellowship from Bloomberg and Harvard University, her alma mater. Outside of her work with the city, Muller previously worked for Agency Landscape + Planning, a Cambridge, Massachusetts-based landscape design company that aims to address “social equity” and “cultural vitality,” and Blue State Digital, a strategy firm for Democratic candidates. Muller also worked on the Google+ Community Partnerships Program from 2013 to 2014. She holds a bachelor’s in the history of art and architecture and a master’s in urban planning. 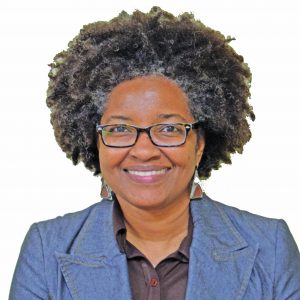 Transitioning from her role as chief assistant city attorney into the newly created position, Smiley has been with the city’s legal department since 2008.

In addition to her work in the city’s legal department, Smiley also serves as an advisory board member for the Hamilton Hood Foundation, a nonprofit which aims to preserve historically and culturally significant spaces like Black cemeteries. 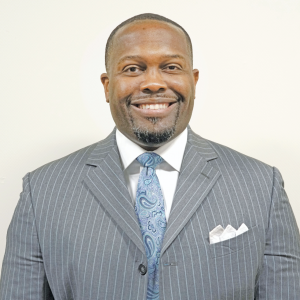 Reappointed to the position, Sparks has worked for the city since 1998, when then-Mayor Richard Arrington, Jr. recruited him to Birmingham’s Division of Youth Services (DYS) from his position as administrative assistant to the mayor. In 2002, Sparks was promoted to the executive director of DYS at the age of 27, making him the youngest person to head a department. Sparks held the position until 2017, when he was appointed to Woodfin’s leadership team. Sparks is a graduate of West End High School, the University of Alabama and Miles College, where he earned his degree in law. 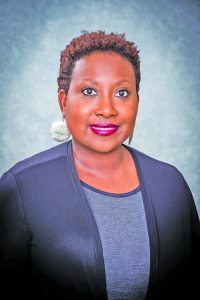 Sutton is an author and communications specialist, most recently as the director of marketing and communications for the Student Affairs division at the University of Alabama at Birmingham. In 2014, she published “The A.G. Gaston Motel in Birmingham: A Civil Rights Landmark.” Sutton has also written for The Birmingham News and Birmingham Magazine. Previously, she has handled public relations for the Birmingham Civil Rights Institute and the Alabama Symphony Orchestra. Sutton holds a bachelor’s in English from Stillman College and a Master of Arts in English from the University of Alabama at Birmingham. 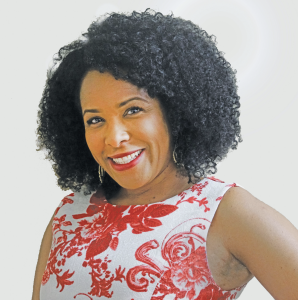 Formerly public information officer, Temple will move into this position after serving as PIO since 2017. Temple has worked in communications with the Birmingham Public Library, Birmingham City Schools and BBVA bank, which is now part of PNC Financial Services. Temple’s journalism career includes stints with the Huntsville Times and the Birmingham News for a combined 19 years. She also is a former member of the YWCA of Central Alabama Board of Directors. Temple holds a bachelor’s degree in communications from the University of Alabama.