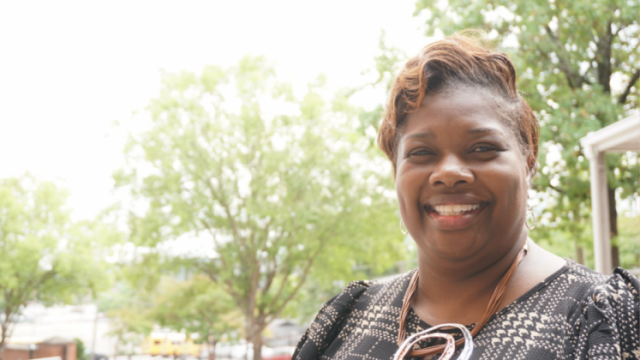 Sharon Myles, the former Jefferson County Committee for Economic Opportunity (JCCEO) Executive Director, said some leaders of the JCCEO are assassinating her character “to create a smoke screen and shift the blame for the organization’s financial issues.”

On Tuesday, Myles, through her attorney, speaking publicly for the first time since being fired, said the real reason she was terminated on November 1 was not for mismanagement or ethical breach, “but rather due to an internal struggle for control.”

“She questioned two bank accounts opened in JCCEO’s name that she was not made aware of until late in her employment, that she never authorized, and on which only one member of the Board had signatory authority,” writes William White, of Boles Holmes White LLC in the statement. “This board member was aware that funds were being moved in and out of that account but did not disclose that information to Ms. Myles. Nor was that information reflected in the audit reports approved by the Board.

“She questioned debts incurred before she was hired and the legality of repaying those debts with Head Start funds. She questioned board members about instances where JCCEO’s bylaws were not followed and accused members of the Board of attempting to falsify Board minutes,” according to her attorney. “This made certain members of the Board uncomfortable with her continued presence as Executive Director. Ms. Myles stands firm in her belief that these questions of the Board and its actions resulted in her termination.”

The attorneys also write that Myles never misappropriated money from JCCEO and there was never a $3 million deficit under her leadership. “In fact, there was NO deficit,” her attorney writes. “Had she not been terminated . . . payroll would have been made, and JCCEO would have continued operations. The JCCEO shutdown was the result of a cash flow issue created by the delayed submission of ADECA (Alabama Department of Economic and Community Affairs) reimbursement invoices after her termination.”

According to Myles, the day she was terminated, JCCEO had over $900,000 in the bank, over $1.2 million “in collectible monies that would have been received within 14 days, and another $1 million that would have been received within 30 days had the invoices been issued in a timely manner by JCCEO.” These reimbursement invoices had not previously been submitted due to ADECA’s pause on processing reimbursements in light of a shutdown from mid-August until October 2021, according to Myles.

The former executive director also said she welcomes an investigation which is “the only way to fully clear her name,” her attorney writes. “While she did not do so publicly at the time, she has herself requested an investigation and looks forward to cooperating fully. Ms. Myles also demands a retraction of the defamatory statements of the board members made about her in this matter.”

Her attorney writes, “Consistent with her character, Ms. Myles has not engaged in the finger pointing and name calling that has been coming from some associated with JCCEO. She will let her story be revealed through the legal system in an anticipated civil action where she will have the power to put her accusers under oath.”

JCCEO’s Board of Directors fired Myles last month after the board was presented with an internal review of five independent contracts that show financial inconsistencies and an alleged personal relationship with one of the contractors, according to board chair Gary Richardson.

The findings are contained in a report prepared for the board by attorney Thomas W. Scroggins of Constangy, Brooks, Smith & Prophete LLC, which was provided to AL.com by the JCCEO Board. The report was presented to the directors in mid-October. Myles was terminated after unsatisfactorily responding to the allegations noted, according to Richardson. The five “contract for services” agreements were also terminated.

In the weeks after Myles was fired the agency announced it had a $3 million deficit, was pressured to give up its grant to manage federal Head Start programs, and laid off all of its 258 employees.