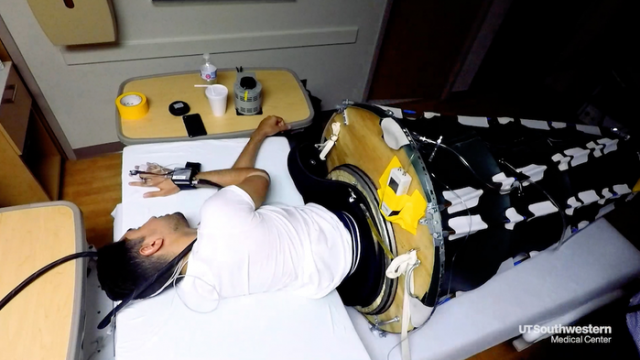 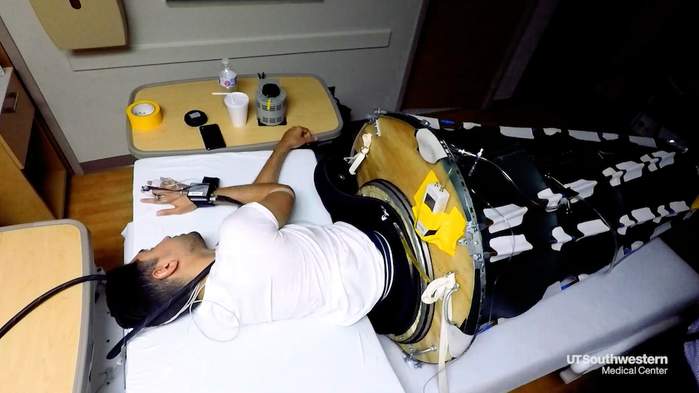 Scientists may have found a way to address one of the most vexing problems for astronaut health posed by their weightless state in space — a vacuum-equipped sleeping bag.

A study published in JAMA Ophthalmology addressed vision problems space explorers experience, which are caused when body fluids float into the head and continually reshape the back of the eyeball. “We don’t know how bad the effects might be on a longer flight, like a two-year Mars operation,” said Benjamin Levine of University of Texas-Southwestern, who led the research team.

Apart from the risks of brain pressure and abnormal blood flow while astronauts are in space, Levine said “it would be a disaster if astronauts had such severe impairments that they couldn’t see what they’re doing, and it compromised the mission.” He and NASA hope to relieve the condition dubbed spaceflight-associated neuro-ocular syndrome (SANS), which causes progressive flattening of the eyeball and swelling of the optic nerve and results in blurred vision.

The new research shows that by using a specialized, sealed, vacuum-equipped sleeping bag, body fluids can be drawn down, away from the head. The researchers determined that lying flat for just three days induces enough pressure to slightly alter the eyeball’s shape, but this change does not occur when the newly designed sleeping bag is used.

During the study, a volunteer lay in a bed continuously for 72 straight hours that were broken up at night when his lower body was put in the sleeping bag to draw down his fluids.

Previous research has shown that SANS is caused by the constant pressure applied to the eyes and optic nerves by increased body fluids in the brain. This isn’t an issue on Earth because gravity pulls down fluids when a person rises from their bed. But in space, where gravity is absent, the body’s process of unloading fluid from the head is forestalled, allowing more than two quarts of fluid to gather there and pressure the eyeballs.

The issue has been documented among more than half of the astronauts serving at least six months on the International Space Station, who reported difficulty reading, farsightedness and difficulty completing certain tasks unassisted. This has so far been remedied by glasses with adjustable lenses, but that does nothing to alleviate the concern that weightlessness can cause permanent damage to the eyeball and the cardiovascular system, resulting in heart attack, stroke, irregular heartbeat and blood clots.

Levine said astronauts make more mistakes than they think they should. “Whether that has anything to do with the inability to lower the pressure, we don’t know.” If it is related, this discovery could be crucial to NASA’s aspirations to launch Mars missions. The space-age sleeping bag may address these issues.

To examine the effects of brain pressure, Levine enrolled volunteer cancer survivors who had retained chemotherapy ports on their heads. This allowed researchers in 2017 to measure pressure directly within the brain. When the volunteers went on zero-gravity flights to the upper atmosphere, a neurosurgeon measured the resulting increased brain pressure through the port. That study demonstrated that even though brain pressure is higher on Earth while a subject is lying down, this pressure is relieved when the subject sits up from a supine position. In space, this doesn’t happen.

Working with an outdoor equipment retailer, Levine developed a sleeping bag that was used by astronauts every night to relieve pressure on their brains. Previous prototypes were not designed to relieve SANS or be used for long hours. Shaped like a space capsule, the bag is fitted onto subjects from the waist down.

Researchers need to determine how long users can spend in the bag each day before the new technology can be used on the space station. However, Levine is confident that this research will ensure SANS is no longer a problem by the time astronauts travel to Mars and back. 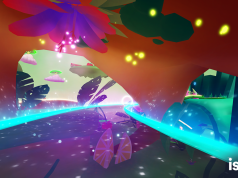 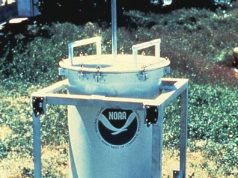 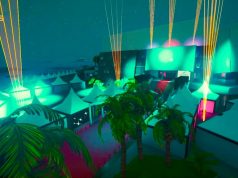