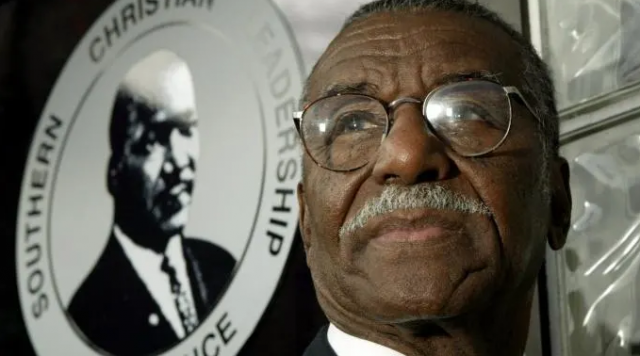 Birmingham plans to honor its most prominent civil rights leader, the late Rev. Fred L. Shuttlesworth, this week on the 100th anniversary of his birthday.

Mayor Randall Woodfin will proclaim Friday as Fred Shuttlesworth Day to coincide with his March 18 birthday. The proclamation will be released during an event at the Birmingham Civil Rights Institute, and the museum will offer free tours as part of the celebration.

A statue of Shuttlesworth already stands outside the institute, and the city’s airport is named in his honor.

Shuttlesworth, who died in 2011 at age 89, served as pastor of Bethel Baptist Church in Collegeville from 1953 to 1961, and became was one of the most consequential Civil Rights leaders in history and remained undaunted through bombings, beatings and countless arrests, as he led efforts to integrate buses, Birmingham police and schools.

Rev. Thomas Wilder, now the senior pastor at Bethel Baptist, said Shuttlesworth’s perseverance in the face of great opposition, including bombings of both his house and church, came from his belief that it was “God’s direction” for him to do his Civil Rights work.

“[Shuttlesworth’s work] was . . . a calling that he felt was placed upon his life, and he was willing to give his life to fulfill that calling,” said Wilder, who added that Shuttlesworth took a stand for both Civil and Human Rights.

“Even if people are not doing it from a spiritual standpoint, I think it is important that everybody stand up for human rights, for people to be treated as human, and not to be maligned or unjustly killed or unjustly targeted for whatever,” the pastor said.

Shuttlesworth has been quoted several times as saying, “I tried to get killed in Birmingham”, referencing the idea that death was the only thing that brought national eyes to the city during the Civil Rights Movement.

Wilder said Shuttlesworth’s example is something for people today to grasp.

“It’s important that…all of us be willing to sacrifice a little bit of convenience because for things to happen, somebody does have to sacrifice. My personal mantra is that nobody succeeds unless somebody sacrifices,” said Wilder.

The celebration of Shuttlesworth begins at 9:30 a.m. when Woodfin delivers the proclamation marking March 18 as Fred Shuttlesworth Day.

In partnership with Alabama Public Television (APT), which is producing a documentary about Shuttlesworth, the BCRI will bring 50 students from Ramsay and Holy Family Cristo Rey Catholic High Schools for tours of the institute.