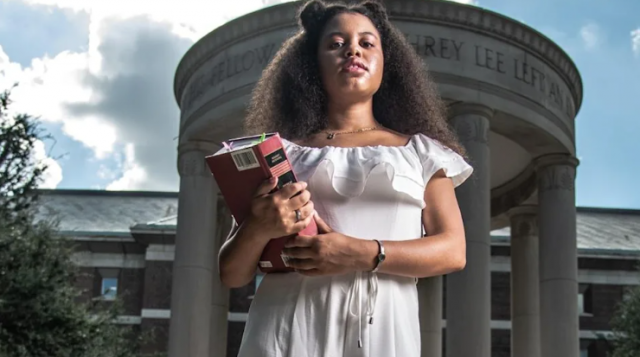 Haley Taylor Schlitz will become the youngest American to graduate from law school at 19 years old next month, according to blavity.com.

According to a press release from SMU’s Dedman School of Law, Haley was accepted to the law school at the age of 16. She was also accepted into eight other law programs across the country.

She has been at SMU’s Dedman School of Law for the past three years and will graduate on May 13.

Taylor Schlitz’s parents took her out of public school in the fifth grade and began home schooling because they weren’t happy with the education.

Nor was she allowed to take the test to enter the gifted program in public schools. Her parents had her privately tested and found she was gifted.

Taylor Schlitz graduated high school at the age of 13. She went to community college and then to Texas Woman’s University before enrolling at SMU.

At first Taylor Schlitz wanted to be a doctor. Then she realized she wanted to fight inequality. Her experience as a person of color who was denied a chance to enter the gifted program “sparked a fire in me,” she said.

Taylor Schlitz told Texas Lawyer magazine that the LSAT was “really fun” because it was more of a puzzle. “I didn’t really see it as a test, per se, but more like a game. It was awesome,” she said.

Though she wants to fight educational inequality, she is also interested in intellectual property. “It sounds cool,” she said.