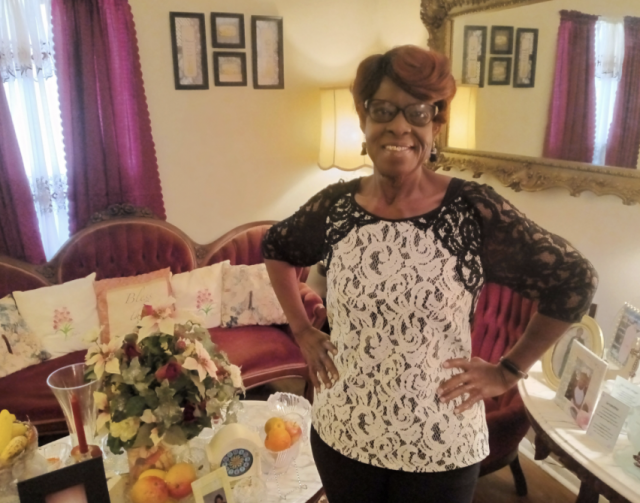 By Joseph D. Bryant
For The Birmingham Times

When Mary Agee looks in the mirror, she sees a confident young woman staring back at her. At 69 years-old, the Birmingham resident is living what she describes as the best phase of her life.

“I’m finally discovering the little girl hidden on the inside of me,” Agee said. “The weight of the world has finally come off me. I found that little girl who had been hidden through hurt, rejection, disappointment and insecurity. I see her and I am getting to know her.”

Agee’s new chapter began in 2019 when she literally decided to lift off the weight of the world, improve her physical health and restore her independence through bariatric surgery.

Agee went from a high of 370 pounds to her current 151. This was about much more than improving her physical appearance. Rather, the surgery was a first major step in saving her life, she said.

By the time she consulted Dr. John Mathews, of the Surgeons’ Group based at Princeton Baptist Medical Center, Agee had been diagnosed with a litany of serious health issues, including congestive heart failure, high blood pressure and sleep apnea.

“Cried To The Lord” 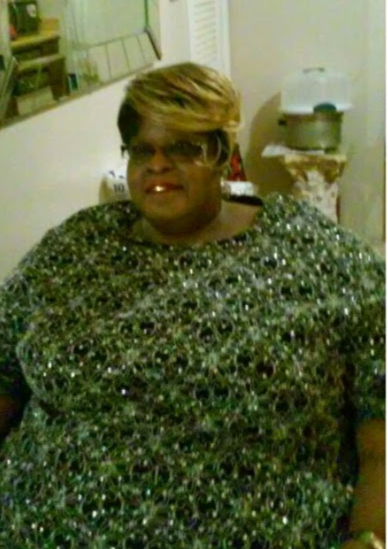 Additionally, being overweight contributed to knee and hip problems that prevented the once independent woman from driving or moving freely.

While her outward disposition remained friendly and warm, Agee said she was suffering inside.

“I cried to the Lord to help me,” she said. “I didn’t love myself anymore. I didn’t feel worthy.”

Hope finally arrived following a conversation with a friend who had undergone gastric bypass surgery. Later, another friend and prayer partner, who is also a nurse at Princeton, introduced Agee to the medical professionals she needed.

“Carol Gaines connected me to the right doctor because she knew what condition I was in,” Agee said. “I thank God for the people that He put in my life.”

Mathews is a general surgeon with an emphasis on bariatrics at The Surgeons’ Group. He performed the surgery with assistance from his son, Dr. Winn H. Mathews.

Agee said she was convinced to have gastric bypass surgery after going to an informational workshop about the procedure and its benefits. Additionally, all of her doctors, who are based at Princeton, provided support for her decision. Those included her primary care physician as well as her cardiologist.

“I felt so comfortable with him,” she said of Mathews.  “I met doctors that believed in me and found something that would work.”

Prior to her surgery, Agee was using a wheelchair. After the procedure, her physical outlook improved dramatically as she progressed to a walker, a cane and then to needing no assistance at all. 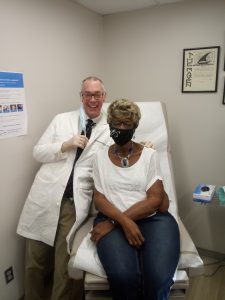 “We followed her just like we do everybody. Ms. Agee to her credit did exactly what we asked her to do,” he said. “She has exceeded our expectations, stuck to the regimen and did what she was supposed to do. She’s had a tremendous response.”

Mathews, who has performed about 1,000 similar procedures over the last 20 years, noted how unusual is it for someone of Agee’s age to undergo the procedure. She was in her mid-60s at the time.

“At 66 who would go on this major adventure? Certainly, the Lord blessed her clinical course,” Mathews said. “She’s got a great smile and I’m thankful that we were able to help out.”

Agee now takes less medication and instead of needing someone to transport her, she is able to offer rides to others in need. With a wide smile, she declares her ability to run and jump for the first time in decades.

A pacemaker has since addressed her heart issues, and knee and hip replacements have restored her mobility. None of this would have been possible without the dramatic weight loss.

“I never would have dreamed of the things that I could not do because of my weight that I can now do,” said Agee, who is a fixture at daily swimming and workout sessions. “I look at it as a new lifestyle that will help me continue on my journey.”

Faith in God remains central in Agee’s life. It is not unusual for her to begin a conversation with a prayer as she seeks divine blessings from God for those she encounters.

“That’s what’s in me,” she explained. “That’s how I made it. He’s not something that I pick up on a Sunday, but it’s a relationship with Him. I can’t do anything by myself. It is only through Him.”

Agee is also retired station manager for Birmingham’s WAYE radio during its gospel music days as 1220 AM.

She sees her journey to improved health as part of her overall spiritual walk. The two are inseparable, she explained. In addition to her appearance, Agee said she worked to strengthen both her emotional and physical health.

“From the moment I began to ask God to show me and direct me, things just started to change on the inside,” she said. “I still had fear, and God began to let me know that this was the Lord’s doing and it was marvelous in His sight.”

Agee had to learn that it was ok to take the step that would both extend and improve her life.

The surgery was the first step in Agee’s ongoing journey to creating and maintaining a healthy quality of life. There are no more fried foods or sweets in her diet.

“Food was something that I hid in,” she said. “When I went through something tough, the first thing that I grabbed was food. You’ve got to put something in place of what you’re taking away, so you’ve got to choose your mindset. Food is not my god anymore. I’m a grill girl now. I learned how to eat healthy.”

Still, Agee was candid in describing her new life as one that comes with ongoing temptation.

“This is a lifestyle, and it is still a journey because you have things that could pull you back,” she said. “The food is still there. So you’ve got to change your mindset.”

Agee said she is reminded of the encouragement of her pastor who often states, “There is greatness in you.”

For Agee, those words play back during her push for continued better health. As a mother, grandmother and great grandmother, Agee said she is also motivated by her family.

Just three years after her own attendance at informational workshops and her transformation, Agee now gives testimonials at workshops about bariatric surgery.

“I feel like I’m living life like the Energizer bunny rabbit,” Agee said. “I am enjoying my life. I am so grateful for such a time as this that God wants others to hear my story.” 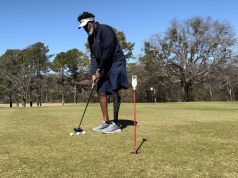