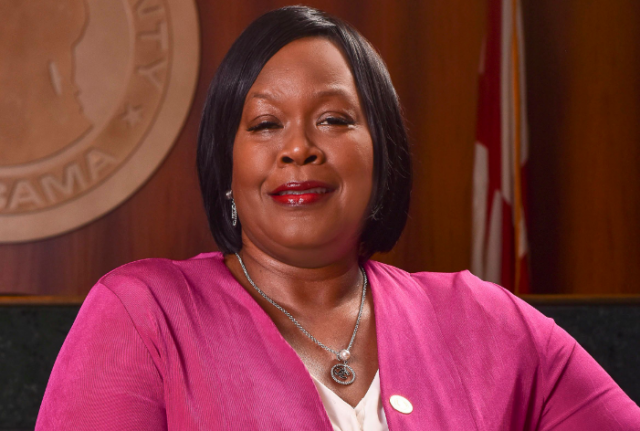 BESSEMER, Ala. (WBRC) – Bessemer Police are looking for witness information or video after a Jefferson County commissioner was caught in the middle of a shootout Sunday evening, July 31, 2022.

“It scared me so bad, because I just wasn’t expecting that, because that’s not a dangerous area I was in,” said Commissioner Sheila Tyson, “I just felt like my life had flashed before because, just to see the bullets, I could just see them flying by my windshield.”

Tyson says she was in the city delivering fans to elderly citizens whose air conditioning was out.

“It happened so fast, it was just so many shots and I was trying to get out of the way,” said Tyson, “all of us was just in jeopardy of dying, of our life just flashing before us.”

Bessemer Police officers said people in two cars began shooting at each. They know it was a black car and a white car, but officers don’t have the make or models. The cars were headed south on Bessemer Super Hwy while Tyson was headed north. She heard gunshots, and then bullets flew by her windshield while she scrambled to get off the road.

“It was so many shots, it wasn’t just no one or two, it was just, just so many, to where you didn’t know which way to go. I served in the military and I’ve never been up under that type of fire before,” said Tyson.

Tyson, had to swerve into a nearby Walgreens parking lot to avoid the gunfire, she says another vehicle driving the same direction was hit by gunfire, but its driver was uninjured.

She says people at the Walgreens dove for cover, and she and the manager of the store both called 911.

“All these parents need to be held more responsible, we need to hold them responsible for these children’s actions if they are children,” said Tyson “And if they’re adults the book needs to be thrown at them, not because it happened to me, I don’t want you to think that, any citizen, we got too many innocent children, and too many innocent adults, people sitting out on their porch being shot at for no reason.”

Tyson says she already planned to give Bessemer $150,000 from her discretionary budget to install new cameras in Bessemer to help stop crime. She plans to present that money to the city next week.

She also plans to attend Bessemer’s National Night Out on Tuesday night.