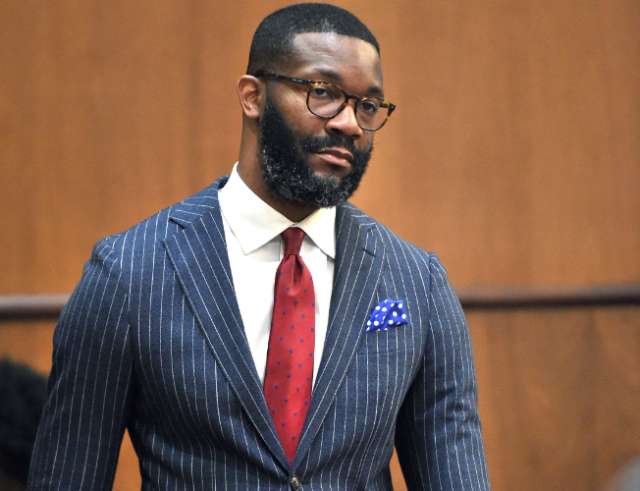 With Birmingham’s homicide rate up nearly 22 percent, due in part to 13 people killed in the first 26 days of July, up from eight last year, Mayor Randall Woodfin on Tuesday called on gun manufacturers, among others, to “get smart” in finding ways to help curb gun violence, not just locally but nationally.

Six of the July slayings in Birmingham happened over a four-day span near the end of last month.

During the weekly City Council meeting, Woodfin said many devices – like doors — are now unlocked through fingerprint scanners, and it’s time for gun manufacturers to “get smart on gun technology.”

Some “smart” guns can only be used once a successful match is made through a fingerprint scanner, verifying the legal owner. That prevents the gun from being used by an unauthorized individual.

“If a certain person breaks in your vehicle and takes your legal gun, no different than the thumbprint you need to use to open your car door or your office door, than a person who doesn’t own the gun wouldn’t be able to pull the trigger because their trigger finger, or whatever finger they use, won’t match that gun because they’re not the legal owner,” Woodfin said.

He also pleaded with residents to not leave their legally purchased guns in their vehicles.

“There is a considerable increase, not just in Birmingham, but across the nation of theft, including breaking and entering vehicles, where the number one thing taken is guns. These guns are being used in commissions of all forms of crime, whether it’s the actual person breaking into your car, or selling your actual gun,” he said.

Something needs to be done because there is potential for crime to continue unabated, city officials have said.

The Alabama Legislature passed a permitless carry bill in March meaning residents will not need a permit to carry a concealed weapon in Alabama as of Jan. 1, 2023 and that could likely “promote more guns on the street,” the mayor said.

Combine that law with residents’ choices to resolve conflicts with “a proliferation of guns,” and that requires bringing in more people to fix the situation together, he said.

He also pointed to one of the biggest challenges facing law enforcement.

“Local government is going to need citizens who have information to pivot from the street culture of–whether it’s street justice in the form of retaliation or ‘no snitching’–when they know the person that’s doing the shooting or shot, want to share that information with us, that allows police officers to actually arrest or bring something…to the [district attorney’s] office,” he added.

He added that Birmingham Police Department (BPD) can’t arrest the city out of gun violence and pointed to some of the city’s efforts to reducing the problem, including money allocated in the city’s FY 2023 budget approved in June for recruitment and retention of police officers, more police technology, violence interrupters, re-entry programs for violent offenders, as well as youth investments, such as conflict resolution and financial literacy programs.

Even with all that Woodfin said he and the nine city councilors are doing, their action may not be enough “because it’s impossible for the 10 of us, or all of our police officers to be in every home, to be in every private vehicle, to be in between every conflict that exists in this community. What we can do is continue to use our platform to [encourage] people [to make] better choices.”

Council President Wardine Alexander agreed that reducing the toll of gun violence takes the work of the entire city.

“Growing up, my mother always said, ‘Knowledge is power,’ so the more we know about these things that are in our toolbox as a city that we can use, how it’s not just the 10 of us. The situation we’re in, we’re relying on everyone in the public,” Alexander said.