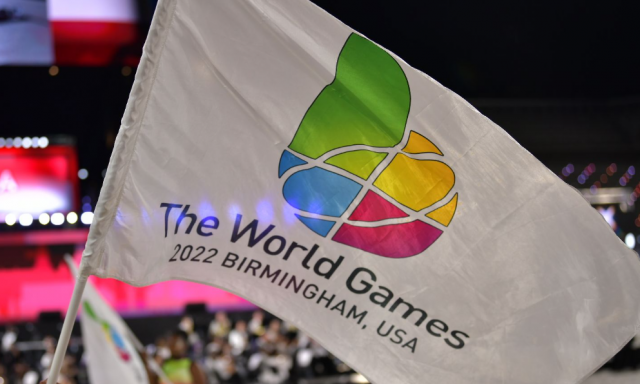 The World Games 2022 (TWG2022) held in Birmingham last month is facing $14 million deficit and plans are underway to close the gap “as quickly as possible,” said Nick Sellers, CEO of TWG2022, on Monday.

Sellers said organizers are working with our public and private partners “to close the gap as quickly as possible and satisfy all of our debts. We have every intention to raise the associated funds and pay our vendors.”

Some of those public partners include the City of Birmingham which could be asked for as much as $5 million next week and Jefferson County approximately $3 million at a later date.

“In fact, we guaranteed Mayor [Randall] Woodfin and the City Council that any additional funds it contributes will go directly toward ensuring the Birmingham area vendors are paid as a part of our plan to satisfy all outstanding invoices,” Sellers said. “And we’ve made the same commitment to the Jefferson County Commission as well as satisfying our remaining invoices to our international partners. This is critical for ongoing economic development efforts.”

Sellers said a number of factors contributed to the shortfall for the Games held between July 7-17. “Due to the latest COVID spike, fewer than expected international travelers attended the games, particularly from China and Europe,” he said. “That contributed to weaker-than-hoped-for ticket sales, and some open hotel room nights outside of the city’s core. The virus also delayed The Games a year, adding significantly to our costs. Finally, a challenging economy caused two large sponsors to withdraw support just weeks prior to The Games.”

However, all was not lost, said the CEO.

“I couldn’t be more proud of our team at The World Games 2022 Birmingham Organizing Committee. We delivered an amazing event for $65 million, $10 million under the original budget of $75 million. This event is a major platform for the Summer Olympic Games. And we delivered an Olympic caliber program,” he said.

He also said TWG2022 partners were told of the deficit. However, some area leaders were expecting a $9 million shortfall, they said.

“This was a massive undertaking. And we’ve communicated an expected budget deficit to our public and private partners since the pandemic,” Sellers said. “The challenging economy and recent spike in COVID made the deficit worse than expected.
“But we are confident that our partners will stand with us and support this final investment to help us balance the budget and honor our commitments to our vendors – most of whom are local. The World Games 2022 will pay dividends for our city and state for years to come.”

Sellers also pointed out that the international reviews of The Games were stellar.

The President of the International World Games Association, Mr. José Perurena, ”was quoted saying he had been to the last four editions of The World Games and 2022 was “the best, in terms of organization

According to theworldgames.com, Peruena clarified that this was not only his personal opinion; it represented the opinion of many athletes he spoke with during The World Games. “When I visited all the venues I connected with the athletes, saying ‘what do you think?’ All unequivocally said ‘this is the best Games in history,’” said Perurena, according to the website.