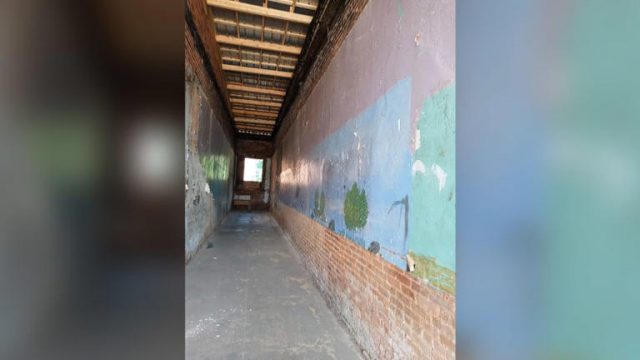 A community revitalization group has uncovered forgotten Black barbershop and murals in an alleyway in Sparta, Georgia.

Dream Streets Sparta was removing plywood from the front and back entrances of an alley between two buildings on Broad Street when they discovered an old African American barbershop and hand-painted murals.

The barbershop and murals were found in an old alleyway in Sparta, Georgia. – From Dream Streets Sparta

“The area was indeed an alley until around 1909 when it was enclosed to become an African American owned barber shop,” Dream Streets Sparta said in a Facebook post on August 23. “Opening onto the retail Main Street of Sparta, the barber shop was a premier location and clientele included most of the gentlemen of a very affluent Sparta. Not only was the barber shop rediscovered, but remnants of some beautiful hand painted landscape murals were found.”

Dream Streets Sparta believes the barbershop was a multigenerational business, owned and operated by a grandfather, father and then son Willie Warthen.

Either the grandfather or father painted the murals, the group said. They are asking seniors within the community for any additional details they remember about the discovery.