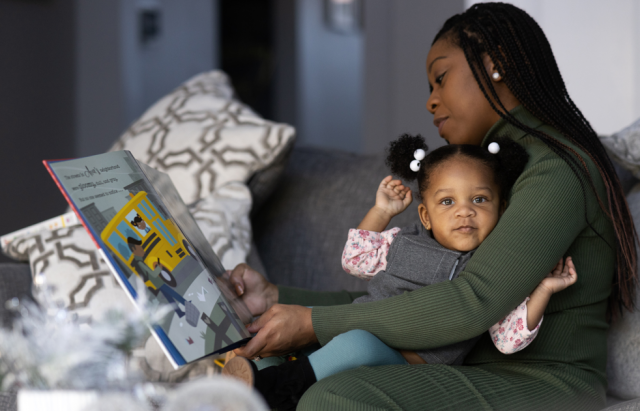 On Tuesday, Birmingham made its largest investment ever in early childhood education, say city officials, with a $1 million investment in an initiative that provides curriculum, innovative technology and personalized coaching to help build language skills in pre-school aged children.

Birmingham Talks, which is open to any resident with a child under 5, improves kindergarten readiness by increasing interactive conversation between children and their caregivers through the use of a small digital device that counts the number of words children hear each day.

The $1 million will go the program over three years and can be accessed at tinyurl.com/bhmlenastart.

Ruth Ann Moss, executive director of Birmingham Talks, said children in the city “deserve the very best from the very beginning” and the money will help the program expand across all nine City Council districts.

“We do this because we really believe that Birmingham could be the best place in the country to raise a child under five, and to make our city that place where invest in children,” Moss said.

The money will allow Birmingham Talks to “triple” the number of caregivers to which the program provides resources, Moss said. Caregivers, she said, are the key in achieving the program’s goals.

“The real heroes of today…are the people who take care of our children in our city day in and day out. They’re changing diapers… reading books and having these back-and-forth conversations that are laying the foundation for our city’s future,” Moss said.

Mayor Randall Woodfin said improving education like building a house, with each individual part of a home requiring a significant amount of money. While millions have gone to elementary, middle and high schools over the years, the “foundation” has been neglected, he said.

“If that foundation is not properly laid, how good are the other sides of that home?…The necessary, right investments have not been made in the foundation, which would be birth to five years of age,” the mayor said. “That’s where Birmingham Talks comes in,” said Woodfin, after the council’s unanimous vote.

City Council President Wardine Alexander pointed to an increased focus on early literacy which came as a result of a law signed by Governor Kay Ivey in 2019 that requires all students in Alabama be on reading level by third grade beginning with the 2023-24 school year or risk being held back.

“Our children will be left behind if they can’t read up to grade level by the third grade, so this starts really from almost the cradle to help our children have that level playing field,” Alexander told The Birmingham Times.

Birmingham was selected in 2019 as one of five cities to receive an upstart program modeled after Providence Talks in Rhode Island. The city’s program, Birmingham Talks, provides curriculum, innovative technology and personalized coaching to help build language skills in pre-school aged children.

Moss said children need to hear 21,000 words daily for optimal brain development and children who started the program in lower-talk environments have been exposed to approximately 50 percent more conversation.

While the program initially started with a plan to serve 2,500 children across Jefferson County, Moss said that by 2025, Birmingham Talks is estimated to serve about 25% of children who will start school in Birmingham City Schools.

In another matter, the City Council on Tuesday approved $1 million to support mental health services within Birmingham City Schools (BCS).

Alexander said the city is doing its best to support creative initiatives to improve the lives of Birmingham youth and provide opportunities and innovative programs.

The mental health support, Alexander said, is particularly necessary with the level of violence across the city.

“We know how important our children’s safety is and they’re impacted by what goes on in the streets and in the news and even in their home, so this assistance in mental services, I think it helps to give the children the wraparound services that we need,” said the council president.

“The $1 million approved for mental health will help us provide counselors in every school to address out students’ social and emotional needs,” said Sullivan, in a statement.

The funding for mental health services is in line with continual support the city has provided for BCS’ mental health programs, such as $1 million the city provided last September for school system’s program.