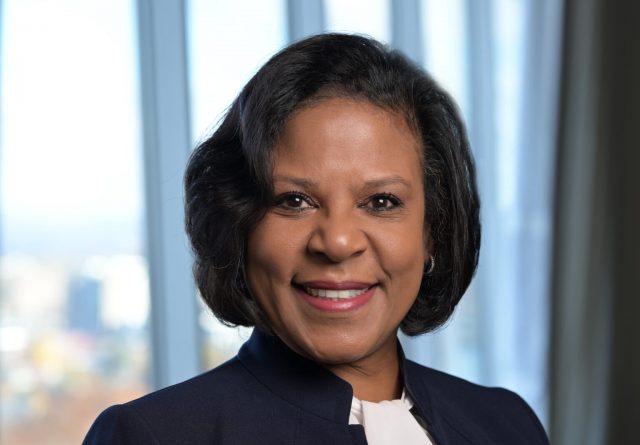 MONTGOMERY, Ala. – The Business Council of Alabama (BCA) announced this week that Helena Duncan has been selected as the organization’s next President and CEO.

She came to BCA in 2020 with over 30 years of experience in the financial industry, primarily at the executive management level. Prior to her role with BCA, Helena served as Regional President for Liberty Bank & Trust. Duncan joined BCA as Director of Strategic Operations and Growth, and currently serves as Senior Vice President of Operations and Investor Relations.

“Helena Duncan has the experience, talent and perspective to lead the BCA effectively and enhance its role as the voice of Alabama business,” said BCA Chairman Mike Kemp. “She is an experienced businesswoman who has worked with a broad cross-section of businesses. She speaks the language of business. Her leadership qualities, management experience and work ethic will be valuable assets to BCA as we chart our course for the future,” Kemp added.

Over the last year and a half, Robin Stone has lead BCA as Interim Executive Director.

“Robin has provided efficient, effective leadership during his time at BCA. During his tenure BCA experienced a strong period of successful operations in all aspects of our organization and we are grateful for his contributions. We look forward to his continued support,” stated Kemp.

“I am honored to be chosen and entrusted with the responsibility of leading such a prestigious organization. I look forward to implementing our strategic plan that has been developed over the past year,” said Duncan. “My previous roles at BCA have given me a strong knowledge of the organization and our members. As we begin this new chapter, our priority will be to refine and refocus our efforts on energetic, effective advocacy on behalf of our members in Montgomery and at the federal level.”

Duncan was recently named a Yellowhammer ‘2022 Woman of Impact’ for her influential role and contribution to business and the community across Alabama. She has served as Chairman of the Board for Saint James School, and as board member for the Montgomery Chamber of Commerce and Child Protect. She currently serves as a board member for Dixie Electric Cooperative, YMCA, the Montgomery Committee of 100 and Board of Controls Committee of 100 and Synovus Bank.

Duncan is married to Clarence Duncan; they have two sons: CJ and Collin.

The Business Council of Alabama is Alabama’s foremost voice for business. The BCA is a non-partisan, statewide business association representing the interests and concerns of nearly 1 million working Alabamians through its member companies and its partnership with the Chamber of Commerce Association of Alabama. The BCA is Alabama’s exclusive affiliate to the U.S. Chamber of Commerce and the National Association of Manufacturers.