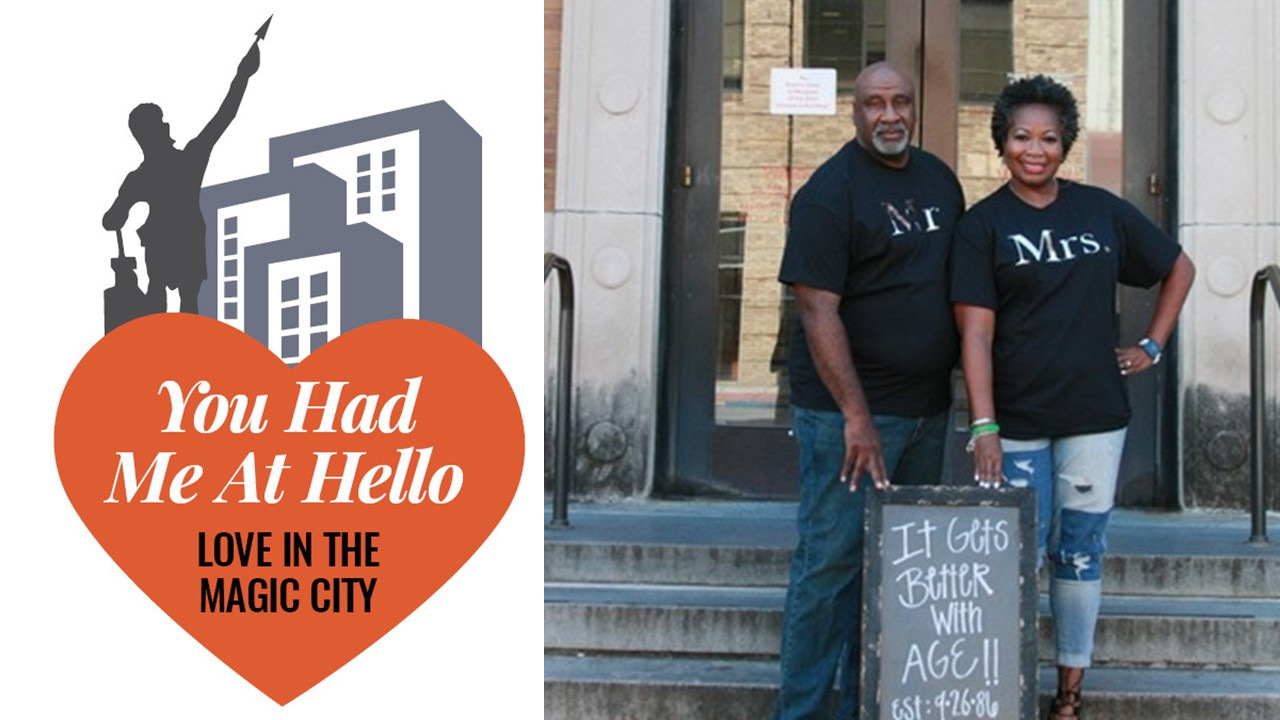 “You Had Me at Hello” highlights married couples and the love that binds them. In honor of Veterans Day, which is Nov. 11, this week’s story highlights a retired U.S. Air Force vet and his wife of 31 years.

If you would like to be considered for a future profile, please send a nomination to chandatemple@gmail.com. Include the couple’s name, a contact number and what makes their love story unique.

Met: In 1986, Horace was picking up a friend from the Southern Junior College of Business in Birmingham when he noticed Clara in the parking lot. Horace, of Birmingham, thought Clara was cute and asked his friend about her. The friend said Clara was from Bessemer.

Horace asked his friend if he’d ask Clara for her number. By this time, Clara had entered the building and was sitting in the lounge. The friend approached Clara and told her about Horace, a basketball student at the University of North Alabama. Clara politely declined the request for her number because she had just gotten out of a relationship and didn’t want to enter another one so soon.

Undeterred, Horace approached Clara in the lounge and personally asked her for her phone number. She was still hesitant, but she thought Horace was attractive and gave him her number.

Hours later, Clara arrived home to her mother saying, “A boy named Harvey has been calling here for you.’’ Clara didn’t think much of the message until the phone rang that evening. It was Horace. He was calling again. He said: “I’ve been calling you. How was your day? Do you want to go to the movies on Saturday?’’

Clara couldn’t make it on Saturday, so he invited her to go Sunday. In turn, Clara invited Horace to visit her on Saturday at her parents’ home, where they sat on the front porch and talked. On Sunday, they went to see the “Golden Child,’’ starring Eddie Murphy.  They discovered they had a lot in common and knew some of the same people.

First kiss: Horace was a perfect gentleman on that first date and the dates to follow, but Clara wondered why he had not tried to kiss her. About a month into going out, Clara asked Horace to teach her how to slow dance. She figured it was a way to get close to him. It was during that slow dance that Clara learned that her friend had told Horace she had recently broken up with someone. Horace didn’t want to scare Clara away by trying to kiss her too soon. They kissed during the slow dance. For Clara, it was worth the wait. 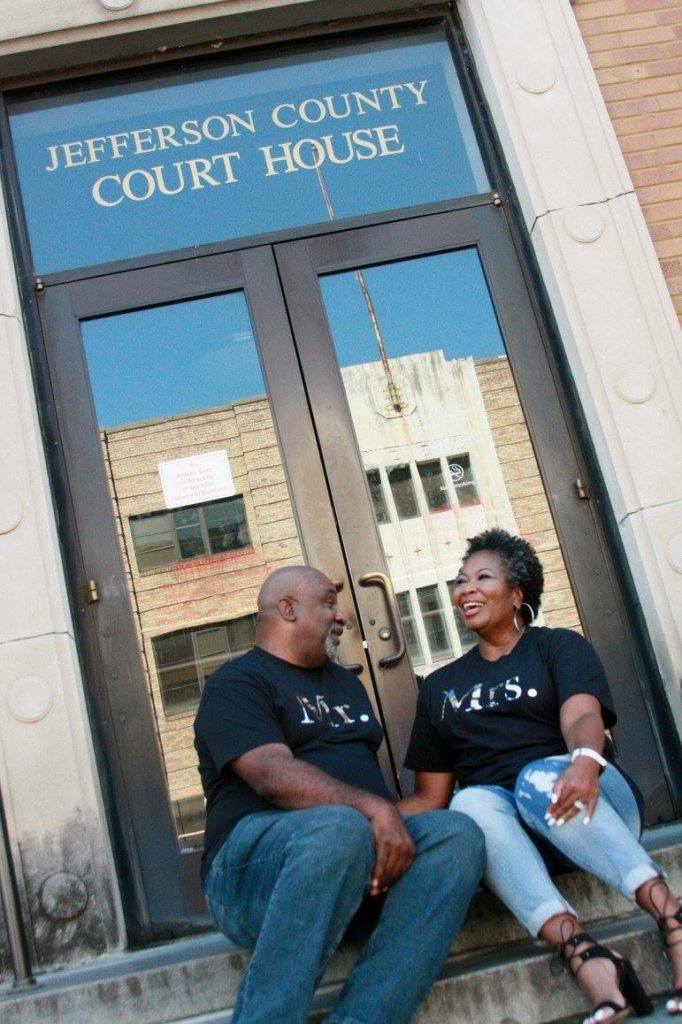 The wedding: After six months of dating, they exchanged vows at the Bessemer Cut-Off Courthouse.

Why get married after only six months? “I thought I was ready,’’ Clara said. “Every time I was on the phone or around him, I got this giggly feeling, like flutters. And to this day, Horace tells me that he is going to keep a smile on my face.’’

“People always say I have a cute smile. I say it’s because of him,’’ Clara said.

Clara wore an off-white dress and carried a bouquet. Horace wore a shirt and tie.

Let’s celebrate: Clara has always wanted to visit Paris, which is known as “The City of Love.’’ So, on their 30th wedding anniversary, they visited Paris. They shared a kiss at the Eiffel Tower on their actual anniversary date. “We still get the same butterflies with a kiss,’’ Clara said. 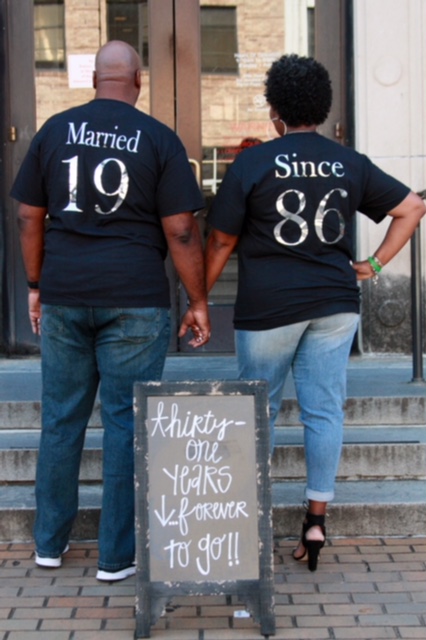 How did you know your spouse was “the one’’? “Horace was 22 and I was 20 when we got married. We did not have instructions on how to have a successful marriage, but we knew that we loved each other and we loved God,’’ Clara said. “Everything has panned out. I’m thankful, I really am.’’

Horace opens car doors for Clara and treats her with respect, actions that have not been lost on their children. “Our sons tell us that we did such a good job showing what love is,’’ Clara said. “They have seen it throughout our marriage.’’

Words of wisdom: “No relationship is perfect. There will be conflicts,’’ Clara said. “How you resolve them is what matters.’’

Happily ever after:  Clara works at Maxwell-Gunter Annex in Montgomery, and Horace works for the Veterans Administration in Tuskegee. Horace is a retired tech sergeant for the U.S. Air Force.

They have four sons and four grandchildren.

They’ve run together in several 5Ks and a 10K. Clara also runs in half marathons. Clara plays on a softball team in Montgomery, where Horace can often be found in the stands, cheering on his leading lady.