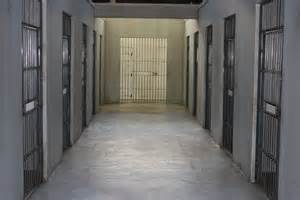 BIRMINGHAM — A man who flew into the Birmingham-Shuttlesworth International Airport under an assumed name in March 2014 is wanted in Michigan for the murder of his father-in-law, announced U.S. Attorney Joyce White Vance.
U.S. District Judge Karon O. Bowdre sentenced ROBERT ANTHONY RICKS, 31, of Detroit, to the 16 months he has served since his arrest in Birmingham, but ordered him to remain in custody so he can be transferred to Detroit.
Assistant U.S. Attorney Elizabeth Holt told Judge Bowdre that there is an arrest warrant and a court detainer for Ricks out of Wayne County, Mich., for his father-in-law’s murder. Holt said Ricks left Baltimore, Md., with his father-in-law on Feb. 21, 2014. The man’s body was discovered in Detroit in March 2014, but not identified until months later.
Ricks was arrested in Birmingham in March 2014 after flying into and attempting to fly out of the Birmingham airport under assumed names. He pleaded guilty in March this year to one count of illegally possessing a document identifying him as someone else and intending to use that document to enter an aircraft or secure airport area.
According to Ricks’ plea agreement, he flew from Atlanta to Birmingham on a Delta flight using another person’s ticket. That ticket was in the name of a person identified in court documents by the initials, U.W.
Once in Birmingham, Ricks obtained United Airlines boarding passes from Birmingham to Chicago, and from Chicago to Colorado Springs by telling a United representative in Birmingham that he was M.M. Ricks made the claim at a United boarding gate after hearing a public address system message for M.M.
Ricks was arrested after he left the secure area of the Birmingham airport, twice tried to re-enter the area by going up the down escalator, and then tried to go through Transportation Security Agency checkpoints using one of the United boarding passes.
Holt told Judge Bowdre that it is still unknown how Ricks got to the Atlanta airport.
The FBI investigated the case, which Assistant U.S. Attorney Elizabeth Holt is prosecuting.
###