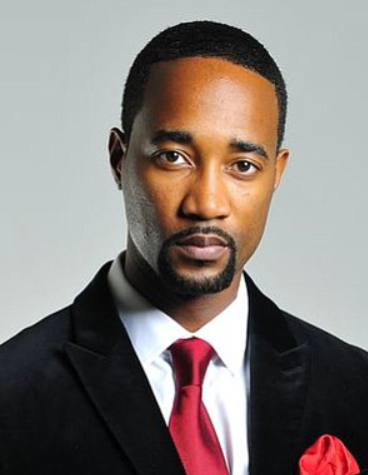 Ensley High School graduate Yohance Myles is an accomplished Hollywood actor with appearances in the CW network’s “Containment” and the AMC network’s ” Into the Badlands.” Currently, he is working with actress Sanaa Lathan on the Fox drama mini series “Shots Fired,” which is slated to be released in 2017.

He returned to Birmingham on Thursday, June 16 to share what he’s learned on his journey to the big screen. During his “Actor’s Studio: The Being Within” workshop, he will discuss his life’s journey to becoming a SAG actor, how to maneuver the waters of becoming an actor and more. The workshop was held at Ramsay High School, 1800 13th Ave. South, from 6 to 8 p.m.

The workshop was not only for aspiring actors and actresses but also those not in the theater world because Myles discussed the importance of how his passion drove his desire to make it to the top.

“I want to show people how to be purposeful: how to understand and use Godly wisdom with your gifts and talents. This will include: being enlightened spiritually, mentally and physically,” he said. “When you manage and understand the purpose of those things, everything else takes its course. People see what I do and they ask me, ‘How do you do what you do?’ I’m here to have a sit down and give real answers. ”

Myles, 36, has appeared in more than 40 TV and film projects. He also teaches theater and film acting at Jackson State University in Jackson, Miss. He is a married father of four. He has a BA in performing arts from Alabama State University and he has an MFA from LSU. During his visit, he will also discuss how one manages family and career, which is a frequent question he receives from fans and friends.

“I didn’t wake up to where I am. It did not just happen overnight,” he said. “People think I have arrived but I say, ‘Naw man, I’m still enjoying the flight.”’

He added that he returned to Birmingham to highlight the good here.

“I’m definitely a part of the positivity that is happening in Birmingham,” Myles said. “That’s my hometown. You will always be a part of what you come from.”

For more information, send emails to Myles at Artofbeing_workshop@yahoo.com. Or call or call 205-427-7832.