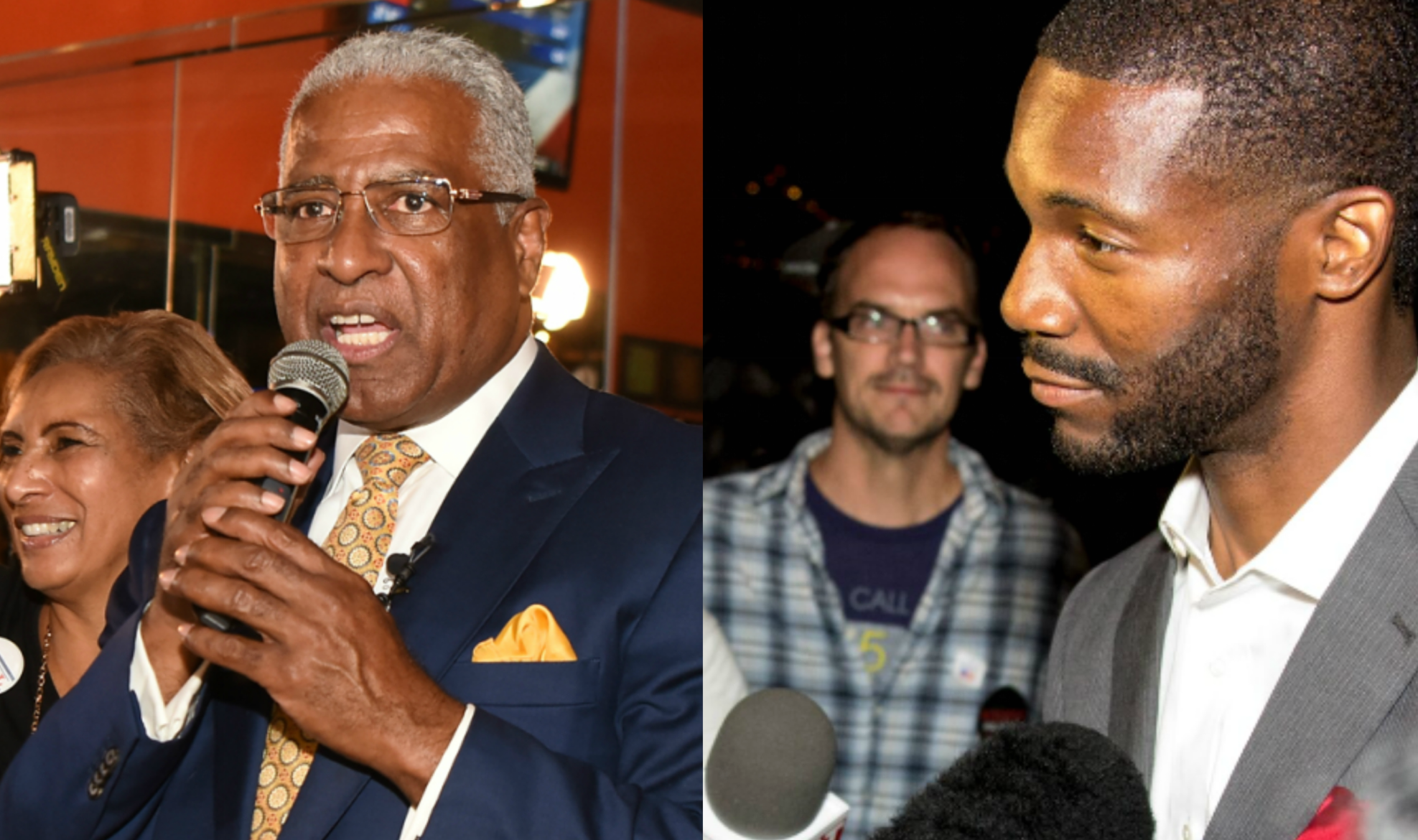 Randall Woodfin, Birmingham native, school board member and attorney, who became the first candidate to announce his run for mayor of Birmingham nearly a year ago, defied polls and skeptics on Tuesday to capture 41 percent of the vote to force incumbent mayor William A. Bell Sr. into an Oct. 3 runoff.

The results stunned most political observers who had Bell well ahead in some polls with as much as 55 percent of the vote. However, Woodfin was undaunted and said on election morning he had knocked on 37,000 doors since announcing his candidacy in late August of 2016.

“We need a vision and a workable plan that lifts the entire city. I believe that I am the person to get the job done,” Woodfin, 36, said.

The run-off election day is scheduled for Tues. Oct. 3 for the two mayoral candidates and also for those in the City Council and Board of Education races who didn’t claim a majority – 50 percent of the votes in their race plus one.

Woodfin’s message of change and inclusion appeared to resonate with a number of younger voters. Steven Simmons, who lives in West End, said he was impressed by Woodfin’s campaign videos. “I liked the way he was talking . . . the younger people understand him and knows where he is coming from,” Simmons said. “He was trying to make that connection with them. I just think Woodfin will be the best pick.

Meanwhile, Bell seeking a second consecutive full term, told supporters at the Four Seasons Bar and Grill to get ready for another six weeks of campaigning.

Joyce Hoskins, who lives in the Riley-Powderly community, said she was solidly behind the mayor. “I have to give him credit. A lot of things have been changed. When it comes to Birmingham downtown I ride the bus and you have the new [intermodal transit station] he has put in. And I like that.”

Hunter Williams and incumbent Kimberly Rafferty are headed to a runoff.