VALENTINE’S DAY 2019 AN EVENING w/CASH BACK at The Nick.

RED AND BLACK SOIREE, 9 p.m. until at the Zanzibar International Bar and Grill.

JESSE’S DIVIDE, BEFORE SOMA and LEGAL LIMIT at The Nick.

THE PEARL, THE BROOMSTIX and THEM BOYS at The Nick. 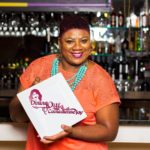 JOY, at 6 – 10 p.m., meet in Brookwood Mall, at Grille 29. For more go to www.diningoutwithcomediennejoy.com.

RUSSIAN CIRCLES and GOUGE AWAY at Saturn.

THE MONOLITHIC, PEASANTS and DALTON BUSH BAND at The Nick Rocks.

J RODDY WALSTON AND THE BUSINESS, MURDER BY DEATH and JONNY FRITZ at Saturn.

GEORGIA DISH BOYS, PHANTOM LIMB and TOGURO at The Nick. 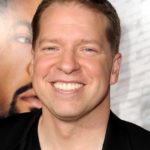 REAL MEN WEAR PINK CAMPAIGN – The American Cancer Society will be celebrating February and Valentine’s Day with its Real Men Wear Pink fundraiser. Real Men Wear Pink participants commit to wearing pink clothing throughout the month and fundraising a minimum of $2,500 for the American Cancer Society’s breast cancer research and awareness efforts. The top fundraiser is named Pink Man of the Year. This year’s theme for the campaign is Cupid’s Got Nothing On Us. The last Real Men Wear Pink campaign raised about $137,000. Twenty-one men were selected to participate, including Birmingham resident and Dannon Project MIS Coordinator Willie Davis III. Davis said that he wanted to raise funds in memory of his father who lost a battle with Prostate Cancer and several of his college classmates that died from either breast cancer or brain cancer, all under the age of 45. Learn more about the campaign and donate to a participant’s fundraising efforts at cancer.org/involved/fundraise/real-men-wear-pink.html.

ANOTHER CARING EXAMPLE MENTORING PROGRAM – The City of Birmingham Mayor’s Office Division of Youth Services (DYS) relaunches Another Caring Example for Birmingham boys and girls 8 -17 years of age and focuses on developing adolescents socially and emotionally. The program is designed to provide and equip Birmingham’s youth with another caring example to inspire them to become leaders of tomorrow. Another Caring Example participants take part in gender and age specific sessions that cover topics relevant to the issues they face today. The program’s curriculum includes monthly group meetings and activities with topics centered around 21st century skills. Sessions will begin in March and end in December of 2019. Interested in having your child participate in Another Caring Example?  For more information about the Another Caring Example Mentoring Program contact: Ms. Ash at (205) 320-0879.

SATURDAY DAYHIKE – Meet 9:45 a.m.Southeastern Outings Dayhike at Lake Guntersville State Park – DETAILS:The hiking trails in Lake Guntersville State Park traverse moderate to difficult terrain and cover over 36 miles of park property. They are multi-use trails, serving as hiking, biking and horse trails. The trails are varied with some following alongside the banks of the Tennessee River, others leading to seasonal waterfalls and wildflowers, and some piquing your interest just by their name alone such as the Old Still Path and the Moonshine Trail. The hike will be moderate. The trails differ in length from .5 miles to 3.5 miles yet connect with one another to form a loop of trails that add up to about 5.5 miles. The trails are relatively level or downhill nearly all of the time and right along the lake shore for part of the hike. Pack a picnic lunch. Well-behaved, carefully supervised children age 8 and up welcome. Optional restaurant dinner after. No charge for park admission. Meet 9:45 a.m. at the Floor and Décor Store on Green Springs Highway. Plan to depart from there at 10 a.m. Info: Randall Adkins, (205) 317-6969

SUNDAY DAYHIKE, Meet 1:45 p.m.–Southeastern Outings Moderate Dayhike along Buck Creek in Helena, AL– DETAILS: Explore the wilder side of Helena.  Hike on a lovely creekside trail in Helena in Shelby County. Total hiking distance is less than four miles and moderately easy. Walk briefly off trail and up some hills when the trail routes away from the creek. Well-behaved, properly supervised children age 8 and up welcome. Meet at 1:45 p.m. in the parking lot for the Helena City Park on AL Highway 261 in Helena. Plan to depart at 2 p.m. Directions to Meeting Place: Take I-65 to Exit #247, the Shelby County Route 17, Valleydale Road exit. Go to end of ramp and turn right regardless of whether you come from the south or the north. Take Co. 17, which changes from Co. Route 17 to AL 261, all the way into Helena. You will cross one railroad and then drive over a bridge with a dam and waterfall on the left.  Immediately past the bridge, turn sharply back to the right just before you cross a second railroad and then drive into the parking lot for a city park right on the shore of the creek. Distances on Valleydale Road, (Shelby County Route 17) and then Alabama Route 261 from I-65 exit number 247 to driveway into Helena Park parking lot are 5.5 miles from bottom end of southbound ramp and 5.9 miles from bottom end of northbound ramp.Info: Dan Frederick,seoutings@bellsouth.net or (205) 631-4680

2019 OPERA GALA – Opera Birmingham invites you to the 2019 Opera Gala, honoring DR. JULIUS E. LINN, JR. This elegant evening in celebration of Opera Birmingham’s 2018-19 season will take place on March 8 at 6 p.m. at the historic Florentine, where guests will mix, mingle and dine with the cast of Tosca. The evening will begin with cocktails, hors d’oeuvres, and a silent auction featuring artwork, jewelry, wines and dinners at top Birmingham restaurants. Guests will then be treated to a seated dinner prepared by Corretti Catering with wine donated by United-Johnson Brothers of Alabama. The highlight of the evening will be entertainment by the cast of Tosca in the form of a live auction, where guests will be invited to bid on some of opera’s greatest arias and have them sung at their table by the outstanding cast of singers. Call 205-322-6737 for reservations by February 28. Black tie attire is optional. Complimentary valet parking will be available. Opera Birmingham’s 2019 season continues with Tosca on March 15 & 17 and the 41st Annual Vocal Competition on May 18 & 19.

OPERA BIRMINGHAM PRESENTS TOSCA –Tosca, Giacomo Puccini’s dramatic and beloved masterpiece will sweep the Opera Birmingham mainstage in a tale of love, lust, deceit, and murder. Performances will be Friday, March 15 at 7:30 p.m. and Sunday, March 17 at 2:30 p.m. at the Samford University Wright Center. Treat yourself to magnificent melodies, dramatic music, and nonstop action that will take you on a journey to a tragic ending! A tour de force of opera, Tosca is a must-see and has long been one of the most popular operas in the entire repertoire. Set in Rome, this tragic and political story features a quintessential love triangle, as Tosca is forced to give her love to the lustful police chief, Scarpia, to save the life of her lover, the artist Cavaradossi. Tosca will be sung in the original Italian, but presented with English supertitles, so you’ll understand every word.

TODAY…COMEDIAN KIRK JAY w/ Special Guest DOMINIQUE… ONE NIGHT ONLY THE VOICE 3RD RUNNER UP THIS SEASON Kirk grew up in Alabama extremely poor and remembers times when there was no electricity, water or even food. At five years old, Kirk started playing drums at church and singing in the choir. In 2014, Kirk met a music manager who brought him to perform for Teddy Gentry, the bass player for the band Alabama. In 2015, Kirk started doing open mics and shocked the audience with his country sound. Word spread and bar owners started booking him. Currently, he travels the South with his band, Kirk Jay & Kuntry Funk.

THIS WEEKEND… COMEDIAN FELIPE ESPARZA…After the 16-year “overnight success” of winning Last Comic Standing, Felipe went on to produce his first hour long stand-up comedy special, “They’re Not Gonna Laugh at You” (now on Netflix). He has also made several TV appearances such as recurring roles on “The Eric Andre Show” and NBC’s “Superstore”, TruTV’s “World’s Dumbest” and “Russell Simmons Presents Stand-Up at the El Rey” and was the spokesman for a national Honda campaign and a national Target Mobile campaign. During his early years as a comedian, Felipe was part of the successful stand-up comedy TV show, “Que Locos” on Galavisión (the only English-speaking show on Spanish television). That show and the resulting tour helped launch the careers of several other Latino comedians such as George Lopez, Gabriel Iglesias and Willie Barcena.

FEBRUARY – BELIEVE! A NIGHT OF HOPE at the Lyric Fine Arts Theatre.

People, Places and Things by Gwen DeRu is a weekly column. Send comments to my emails: thelewisgroup@birminghamtimes.com. andgwenderu@yahoo.com. 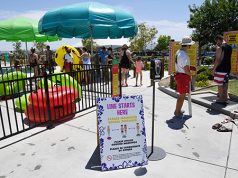