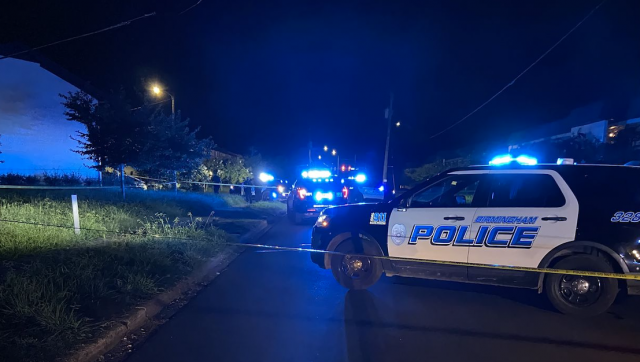 This opinion column is another installment in a Birmingham Times/AL.com joint series on Gun Violence in the city.

We talk a lot about murder. We don’t talk about it well.

We mourn the dead – when it suits – and punish killers to ease our minds, if not our souls. In particularly dangerous years, such as this one in Birmingham, we wring our hands and act as if violence is new, as if the world is going quite rapidly to hell, as if the good old days were divine, and did not pave this path to perdition.

Don’t misunderstand me. I don’t apologize for killers or bullies or bad choices any more than I would for politicians who bow to The Gun and condemn compromise. But do not think crime like today’s happens in a vacuum. And do not think it a product only of the current age.

Birmingham has always been a violent town, and we never talked about it well. And because most of its murders across history were committed by Black people, against Black people, white folks refused any ownership. They peered down their noses, pretending it was a those people problem.

And on it went.

The crack wars of the late ‘80s and early ‘90s killed hundreds in the city, and in cities like it, and ushered in the golden age of incarceration nationally. At least 141 were killed in Birmingham in 1991. In Jefferson County, 151 men were murdered the following year. Eight out of 10 were Black. Eight out of 10 died by firearm.

Last year 132 people were killed in Birmingham, and this year may challenge that figure. In both years, the vast majority of the dead were Black men. Killed by Black men.

We don’t talk about any of this very well. Not crime, nor history, nor race, nor racism, nor the consequences of it. We live with it, and grieve with it, and watch it like a spectator sport. And talk of the world going to hell.

In 1932 – a year after nine Black men were wrongly accused of raping two white women on a train near Scottsboro – a Birmingham-Southern College professor named Kenneth E. Barnhart talked about it. He studied why murder rates were so high in Southern cities with large Black populations.

Birmingham had been the fourth most murderous city in 1930, with a murder rate three times that of Chicago and seven times New York City. Memphis had the highest rate, Atlanta was second. Mobile was 12th that year, and most in the top tier were Southern towns.

Barnhart studied Black crime and suicide over the decades. He concluded that police brutality, lack of access to education, and earned distrust of the justice system encouraged violence in Black communities. He made a strong case.

“If illiteracy, police brutality, and the perversion of justice are factors in the Negro’s high homicide rate, the responsibility lies at the door of those communities which deny him the protection of the courts, adequate public schools, and a chance to live in decent surroundings.”

Of course white people didn’t want to hear it then any more than they do now. Barnhart would be fired from Birmingham-Southern for his words, which might as well have been considered heresy, and “because of his sympathetic attitude to the Scottsboro defendants.”

But his points, 80 years before Black Lives Matter, still sting. Police violence and unequal justice and voter suppression and uneven schools and a two-tiered society do not solve problems. They compound them.

“Why is the rate of homicide among Negroes so high?” Barnhart asked in an article for the journal Opportunity in 1932. “Apparently one reason is because so many Negroes are shot by policemen for ‘resisting arrest.’”

He pointed out that 18 Black men were shot by police in Birmingham in 1930, the year before the Scottsboro Boys. Eighteen. That was three times the total number of killings in Boston that year.

Of course those police killings were not considered murder. Like most of those that happened over the years. AL.com in 2020 found more than 500 people killed by police in Jefferson County between 1909 and 2020. Most were written off as justifiable. More than eight in 10 were Black.

Barnhart went on, writing how Birmingham police records showed that “resisting arrest” meant everything from pulling a gun to getting scared and running away when the cop yelled “halt.”

“In either case the policeman is exonerated by reporting that he shot a Negro ‘resisting arrest,’” Barnhart wrote.

The following month, in August of 1932, the Journal “Opportunity” editorialized about Barnhart’s words, arguing the same tradition that allowed cops and white people to kill Black people without punishment encouraged the violence.

“The Negro who kills a white man, no matter what the circumstances, can be sure of almost certain death,” the Journal wrote. “But the Negro who kills another Negro is usually given a nominal sentence, and in not a few cases is unconditionally released and sometimes commended. ‘One (N-word) less’ is often the attitude which characterizes officers of the courts when the life of a Negro has been taken. The restraint which the fear of punishment is supposed to exert on the potential killer is notoriously absent when the victim happens to be black.”

Devalue life, and you can expect death.

We do not do a good job of talking about important things. Or dealing with them. We build prisons, and punish, and preach, but those things rarely solve the problems.

In a state that proclaims the value of life, our politicians still seek to limit Black votes, to incarcerate Black people at astonishing rates, to hamstring public schools, to make guns easier to carry, to criminalize those who are least able to escape it, and to ignore a past that helped create this monster.

Insuring that we will repeat those mistakes.

These are not just mistakes of the past. They are mistakes for the future.

John Archibald is a Pulitzer Prize-winning columnist for AL.com.