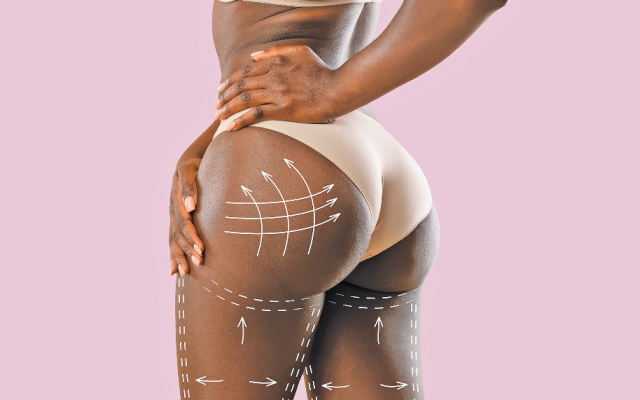 Before deciding to undergo a Brazilian Butt Lift (BBL), Kelsey—a 22-year-old Vestavia Hills, Alabama, resident preparing to have her procedure done—reached out to her own circle of experts.

“I talked to my homegirls that have actually had the procedure because I wanted a real-life opinion and to see it with my own two eyes because those pictures on Instagram can fool you,” said Kelsey, whose name has been changed to protect her privacy (the same has been done for all other interviewees in this article, except for medical professionals).

“[Through my friends], I learned that you need to go to a doctor that works with your body type because a doctor that specializes in smaller, petite girls might not be good with [perfecting the shape] of an already thick girl,” she said. “I don’t want to come off the table with my hips or butt misshapen because [the doctor] didn’t know how to work with what was already there.”

The BBL is a fat-grafting procedure during which a skilled cosmetic surgeon removes excess fat from the hips, abdomen, lower back, or thighs via liposuction and then strategically injects a portion of that fat into the hips and buttocks, altering the shape and size.

The BBL, which was pioneered by Brazilian surgeon Ivo Pitanguy in the 1960s, has grown in popularity, despite the fact that the procedure can pose substantial dangers, including death. Nonetheless, more and more women are looking into the procedure.

“I joined surgery groups to see other people’s journeys, and I researched different doctors and facilities,” said Jennifer, a 31-year-old Birmingham, Alabama, resident who is married with two children and has had a BBL. “I was following a few different doctors and cosmetic facilities on social media, and for me it [came down to choosing between] two different doctors. I looked at their clients and their results. … Costs factored in, as well.”

Trina, a 32-year-old Hoover resident who had a BBL and a tummy tuck (also known as abdominoplasty, which removes excess fat and skin and restores weakened muscles to create a smoother, firmer abdominal profile), said, “I did my research through the groups because they are honest. … I also joined them to learn more about the procedure because people post their experiences in the groups.”

Despite the fact that the procedure can pose substantial dangers, including death, some women have been willing to travel thousands of miles and even risk their lives for it.

In May, Tandra Bowser-Williams, a 49-year-old New York City corrections captain died after having a massive stroke following her BBL procedure in Santo Domingo, the capitol of the Dominican Republic.

In August 2020, 25-year-old Courteney Smith flew from England to Turkey to have her BBL procedure; she suffered complications during the operation and was left with severe scarring and heart issues she will battle for the rest of her life.

The ladies in Birmingham acknowledged that there was some reason for concern with the procedure. “When I found out it was the most dangerous surgery ever, and the death rates were so high for that particular procedure, I did research for two years prior to committing to the surgery,” Jennifer said.

Kimberly Prevo, a certified body contouring specialist and CEO of Divine Exquisite Nature, located in Homewood, Alabama, has urged women to proceed with caution when considering a BBL.

“It comes with health risk, [as well as] downtime during recovery, she said. “Also, some people put themselves in a financial bind to have this procedure done.”

Trina went in knowing the risks.

“I was really scared,” she said. “I wanted this done, but I knew it was risky. All kinds of thoughts were going through my head. I was hoping I didn’t die on the table or get blood clots and die.”

In 2017, an Aesthetic Surgery Education and Research Foundation (ASERF) task force surveyed plastic surgeons about the BBL procedure and found it to have a mortality rate of one in 3,000 patients. Since then, techniques have been evaluated, and a new article published in the spring of 2020 declared a new mortality rate of 1 in 14,952 when a board-certified plastic surgeon properly performs the procedure.

One of the greatest fears to accompany plastic surgery is living to regret having altered your body, but Trina felt comfortable knowing she had found the best surgeon for what she wanted.

“I did see people saying that they’d had bad experiences, and that’s why you have to choose the right doctor,” she said. 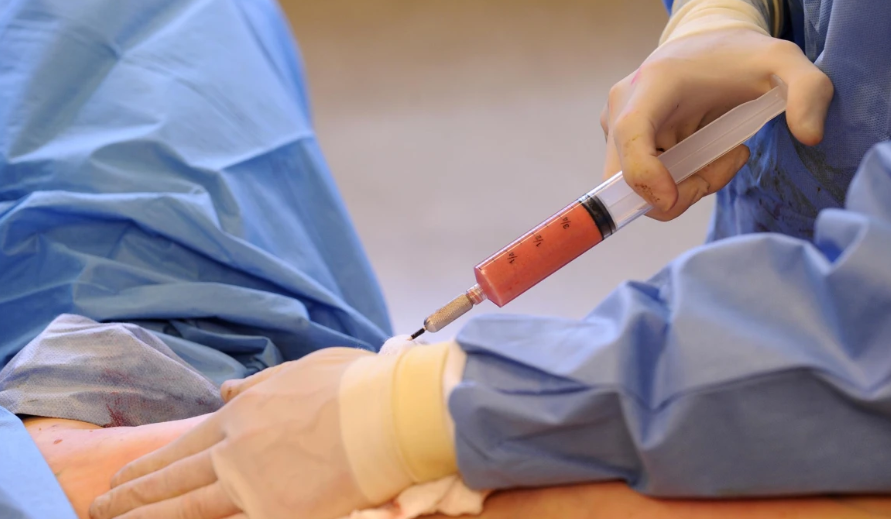 Trina and Jennifer had their cosmetic procedures in Miami, Florida. Kelsey’s surgery was scheduled at a clinic in Miami, as well. Asked why travel to Miami to have their procedures versus finding a qualified plastic surgeon in Birmingham, they all said costs and specialty were a big factor.

Kelsey said, “I’m sure the price would be [astronomical in Birmingham], but the two doctors I was choosing between are double-board-certified, have more than 45 years of experience, and specialize in doing BBLs. That’s why I chose my facility [in Miami].”

For Jennifer, it was about where her preferred surgeon was located: “I wanted that particular doctor and he was in another state, so I traveled.”

Generally, whenever a person is preparing to undergo any type of surgery, in-person preliminary screenings and consultations are held. Trina did her entire pre-BBL process over the phone via text and email.

“I didn’t do an in-person consultation,” she said. “We did everything through text and email with coordinators who worked for the doctor. When I first asked for a consultation, they requested the information they needed from me via text, and I sent it over. [The coordinator also] asked me to send pictures of myself to make sure I could be approved for the surgery.”

After being approved, Trina made a $250 deposit and paid the rest when she checked in for her procedure.

Jennifer felt relieved after making her deposit because “my date was set,” she said. “After that, I continued to do my research, got my checklist together, and got the things I needed to make it a smooth process.”

Kelsey said, “I felt better securing my post-op package. I feel like that was securing my results because you see a lot of failed bodies from not having the right size faja, [a compression undergarment that is worn post-surgery]. I’m a naturally thick girl, and I have hips and butt already. I’m doing this to enhance [my curves] and flatten my stomach. … I don’t want to be worrying about anything except healing when I get off the table.”

The ladies interviewed for this article all spent a considerable amount of time saving for their procedures and aftercare.

Jennifer has spent approximately $10,000 on her procedures, “not including travel lodging and all the other post-op things that you need,” she said.

Kelsey booked her surgery a year ago and “just started chipping away at the total [cost] every time my husband and I got paid,” she said. “I bought my post-op package instead of paying for [the services and products] individually.”

Post-surgery recovery houses are staffed with nurses and assistants, which is a plus for people who travel alone to have a BBL procedure.

“I didn’t have anyone to go with me, and the recovery house provides transportation to and from the airport and to the clinic for the procedure,” Trina said.

Car rides for the first days following the BBL procedure are taken lying down. “[The recovery houses] have trucks and vans that you get into and lay on your stomach,” she said. “It can be uncomfortable if the driver is driving rough, but it was bearable. They also have pillows and chuck pads, [large disposable changing pads], to catch any [fluid] drainage.”

Jennifer opted for a more private recovery: “I didn’t go to a recovery house. I took someone with me as my caregiver and [stayed in a hotel]. Based on my experience, I needed her only for the first two days. [The surgeon prescribes strong medication] to manage pain.”

Trina, a certified nursing assistant (CNA), had to be out of work for four weeks. During that time, she had a series of lymphatic massages, which are a must for the healing process. Without the massages, the fluid buildup would cause infection, and the patient would stay puffy and swollen.

“I got a total of 10 lymphatic massages: I had three in Miami and the rest here in Birmingham [from licensed massage therapists]. The first one didn’t hurt, but the second and third ones were awful. I almost passed out on the third one. They were so expensive, and I’m still getting them. … So far, I’ve spent like $1,000 for massages,” said Trina, who had her surgery four months ago.

Jennifer, who works in the finance industry, didn’t take any time off work. She tended to different tasks and procedures that allowed her to spend most of her day standing.

“The only thing I had to do differently was schedule lymphatic massages into my everyday routine. They recommend three to four a week, and I was getting three a week,” she said.

Asked if they’d ever experienced any regret or post-operative depression, both Jennifer and Trina said, “No.”

“I don’t have any regrets,” said Jennifer. “I will say that, at first, the attention I was getting [from strangers] was a little awkward. Initially, you may like it, but after a while, you may start to feel uncomfortable. … I didn’t do it for the [butt enhancement], I did it because I wanted my stomach flatter. I like the [butt enhancement], but I didn’t want to be known as the girl with the big [butt].

Trina said, “I hate the scar from the tummy tuck [because] it’s dark. … I have skin that develops keloids, [thick, raised scars that form where skin has healed], and I’m looking into treating it. The results from the procedure, [however], definitely outweigh the scar.”

For more on Birmingham-area women on why the risk for a BBL, click here