Acclaimed broadcast journalist Ted Koppel will be in Birmingham on Sept. 12 during the City’s “Empowerment Week” commemoration of the civil rights events of 1963. Koppel is coming to town to conduct an on-stage interview with Birmingham community journalist and entrepreneur Dr. Jesse J. Lewis Sr.
The interview is part of an event honoring the life and times of Lewis and celebrating the 50th anniversary of The Birmingham Times, which he founded.
Koppel, who started his career at ABC News in 1963, will talk with Lewis about journalism, then and now; the founding of The Birmingham Times as a newspaper covering the African-American community far beyond news of the civil rights movement; and much more. Koppel’s visit is part of Alabama Power’s year-long “Power of Leadership” initiative, recognizing business pioneers in the Black community as the City marks 50 years since the events of 1963.
The event is invitation-only but will be recorded to capture Dr. Lewis’ personal story as a leader in community journalism and business in Birmingham.
Dr. Lewis started his career in journalism as a reporter for two African-American community newspapers, the Birmingham World and the Birmingham Mirror. In addition to launching The Birmingham Times, Lewis started his own communications consulting firm, The Lewis Group, which he still operates. The Birmingham Times continues to circulate, having never missed an issue in 50 years.
“Any celebration of Birmingham’s business leaders would be incomplete without Dr. Lewis,” said John Hudson, vice president of Public Relations and Charitable Giving for Alabama Power. “He has been a powerhouse in Birmingham’s business community for decades, and I can’t imagine a better way to capture his story than with an interview conducted by one of the most accomplished journalists of our time.”
Koppel is best known as anchor of ABC’s “Nightline” news magazine, from 1980 to 2005. He has won every major broadcasting award, including 37 Emmy Awards, six George Foster Peabody Awards, 10 duPont-Columbia Awards, nine Overseas Press Club Awards and two George Polk Awards. In addition to four decades working for ABC, Koppel has also served as a special correspondent for NBC’s “Rock Center” and currently serves as a senior news analyst for National Public Radio.
Alabama Power, the Alabama Power Foundation and volunteers from the Alabama Power Service Organization are proud to support this year’s 50th anniversary of the pivotal events that took place in Birmingham in 1963, which helped lead to the passage of the Civil Rights Act and the end of legalized segregation in the United States.
During Empowerment Week, a special exhibit is open to the public in the Power Gallery at Alabama Power headquarters, 600 North 18th Street in downtown Birmingham. The exhibit – “63, The Year Everything Changed” – is on loan from the nonprofit Birmingham History Center. Showing with the exhibit is an Alabama Power-produced video that recounts key moments in the city’s civil rights struggle. The exhibit runs through Sept. 16.
Combined, Alabama Power, the Alabama Power Foundation and the Alabama Power Service Organization have provided support for more than 15 events throughout the year connected to the 1963 commemoration.

Alabama Power, a subsidiary of Atlanta-based Southern Company (NYSE:SO), provides reliable, affordable electricity to more than 1.4 million customers across the state. Learn more about the company and its community service efforts at www.alabamapower.com<http://www.alabamapower.com>. 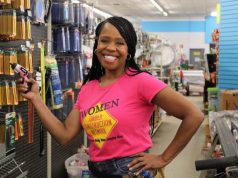 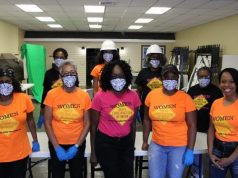 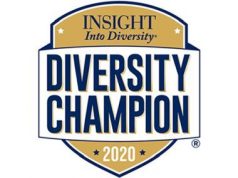