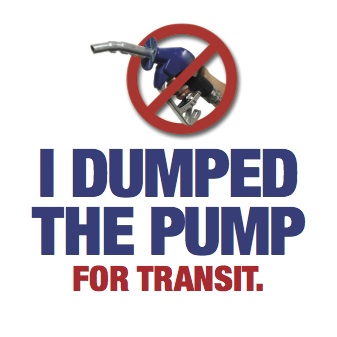 BIRMINGHAM, Ala. – With the return of high gas prices, the Birmingham Jefferson County Transit Authority (BJCTA) has announced that it will join with other public transportation systems nationwide to participate in the ninth annual National Dump the Pump Day on Thursday, June 19th. The slogan of this year’s National Dump the Pump Day is “Dump the Pump. Save Money. Ride Transit.” To kick-off its celebration, the BJCTA will host a press conference Wednesday, June 18th at 10 a.m. at Central Station, located in downtown Birmingham on 1735 Morris Avenue – where it will announce free rides for everyone.

Sponsored by the American Public Transportation Association (APTA), the 2014 National Dump the Pump Day is a day that encourages people to ride public transportation and save money, instead of driving a car. Started in June 2006 when gas prices were $3 per gallon, this national day emphasizes that public transportation is a great travel option that also helps people save money. According to the April APTA Transit Savings Report, individuals in a two-person household can save an average of more than $10,174 annually by downsizing to one car.