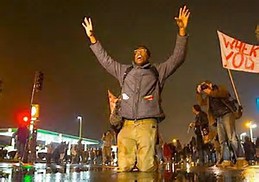 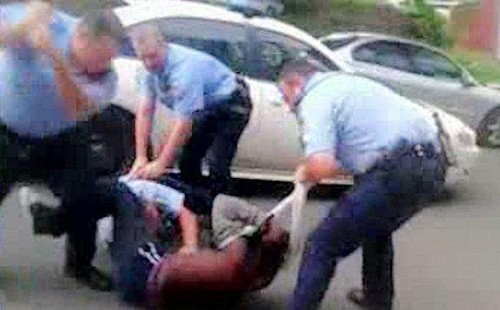 Nationwide (BlackNews.com) — I’ve said it before, and I’ll say it again: In a situation with the police, its not immediately about who is right or wrong, its about staying alive. If the police are making a wrongful arrest, this can be corrected later at a safer time.

Too many unarmed African American men are losing their lives to white police officers, and most of the time justice is not being served. But even if justice is served, a valuable life has already been lost.

I served as a state police officer in Alabama for 6 years from 1986 to 1993, and I have some very helpful, life-saving advice to share with both young ones and adults. Every move you make has consequences, and you can make one move, and never recover.

Here are 5 things to keep in mind when interacting with the police:

1) Don’t run. Although running from the police should not be a death sentence, if often ends up this way. So don’t do it! Doing so will heighten the aggression of an officer, especially if he/she is not sure if you are armed. It also puts them in a position where they have to make spur-of-the-moment decisions, which increases the chance of an officer deciding to end your life. So stay put!

2) Show respect at all times. A police officer’s duty is to serve and protect, but if he/she is out of line or bullying you, continue to be respectful. Say “sir” and “no sir”, and “may I” and “thank you”! These will keep the situation from escalating. If the officer is violating your rights in any way, you can fight this matter at a later and safer time.

3) Keep your hands where they can be seen. Do not make the officer feel threatened in any way. At all times, keep your hands visible. Many police officers, especially white police officers, will feed into stereotypes. They may be assuming that you have a weapon just because you are Black or because they feel you look like you are up to no good!

4) You have the right to remain silent. If you feel that you are being wrongfully arrested, you do not have to speak on it as this likely will not change the officer’s mind. Keeping quiet protects you legally, and also keeps the situation calm and peaceful.

Orrin Hudson is a former Alabama state trooper, but is now the founder of Be Someone – a non-profit organization that trains urban youth and adults on how to be make better decisions in life. He does workshops at schools, churches, and community centers all across the country, and has been recognized by CNN, Good Morning America, and People Magazine.