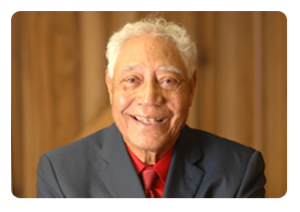 I Have Never Heard of the Word

The 88th Scripps National Spelling Bee has now come and gone and, just like the 87th last year, ended in a two-way tie.  And, just like that year (as well as many other recent years), the champions have come from Indian Ancestry.  Naturally, this doesn’t sit well with a certain segment of society, the members of which have made their unhappiness known in predictable social media rants.  Apparently, at least one of them has also made it known to Paige Kimble, spelling bee director. Her response, however, was perfect in its simplicity.

The domination of the bee by Indian American spellers over the past 15 years has created some backlash including an ugly outburst of racist insults on social media last year.  Paige Kimble, the longtime director of the bee, said that she was approached recently and asked whether any “Americans” made it to the finals.  “Yes, they’re all Americans,” I told them, Kimble said.  “We obviously still have a long way to go.”

I thoroughly enjoyed watching this 88th spelling bee contest, but I have to admit that not only could I not spell the words, 90 percent of them I had never heard.

If America plans to lead the world in a spelling bee contest, then we have to produce better spellers.

In other words, if we get to be better than everybody else in these areas, then we do not have to worry about whether or not we are foreigners or Americans.

We think we know how racism has injured and killed Black Americans.  But, do we really?  There are the obvious cases, like Freddie Gray, Michael Brown, and Eric Garner.  But… what about the silent killers?   What about the hypertension and the chronic medical conditions that lead so many more Blacks to an early grave than they do whites.  Could racist attitudes lead to 30,000 early deaths every year?

According to the authors of the study, current research points to a variety of causes for the disparities in health between white and Black Americans, many of which can be traced to racial segregation.  Many Blacks are restricted to high-crime neighborhoods that are lacking in outdoor recreational areas, access to healthy foods, and decent health care.  Discrimination in employment leads to lower wages that further impact the ability to enjoy healthy food, exercise, and recreation.

Regardless of how bad things are, regardless of where you live, there is no reason to rob, steal or kill anyone.

It is Almost ‘Criminal’ What They Do to President Obama
A Merle Haggard quote has been circulating social media, almost as if it appeared in response to the incredible disrespect shown to President Obama by Republicans in Congress and foreign leader, Benjamin Netanyahu.  The quote is from a 2010 Rolling Stones interview.  Patrick Doyle spoke with music legend Merle Haggard, who was attending the 33rd Kennedy Center honors.  Haggard was invited to the White House to receive a Lifetime Achievement Award.

Doyle asked Merle Haggard about President Obama, and the traditional ‘Stone-country” singer-songwriter said he enjoyed Obama and found the President to be quite different from what he had seen in the media.  Then Haggard interestingly added:  “It’s really almost criminal what they do with our President.  There seems to be no shame or anything.  They call him all kinds of names all day long, saying he’s doing certain things that he’s not.  It’s just a big old political game that I don’t want to be part of.  There are people spending their lives putting him down.  I’m sure some of it’s true and some of it’s not.

I was, very surprised to find Barack Obama very humble and he had a nice handshake.  His wife was very cordial to the guests and especially me.  They made a special effort to make me feel welcome.  It was not at all the way the media described him to be.”