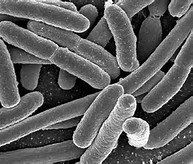 Protect Yourself From Waterborne Illnesses This Summer

(NAPSI)—Don’t let invisible threats lurking in pools, water parks and lakes ruin your summer. Recreational water illnesses (RWIs), such as Cryptosporidium (Crypto) and Giardia, are on the rise and most prevalent in the United States during the prime swimming months, typically May through October.
Crypto and Giardia are two frequently occurring parasitic infections with the most common symptom being persistent diarrhea. According to the U.S. Centers for Disease Control and Prevention (CDC), there are approximately 750,000 cases of Crypto estimated each year in the U.S., a 300 percent increase in incidence over the past decade. The CDC also estimated 1.2 million cases of Giardia annually in the U.S.
The Problem
Unfortunately, swimming in properly chlorinated pools does not necessarily eliminate the risk of parasitic infections. An infected person can spread RWIs at alarming rates through swimming water, leaving fellow swimmers sick with infectious diarrhea for weeks and sometimes even developing lasting gastrointestinal damage. According to new research conducted by Nielsen, there’s confusion and misinformation about Giardia and Crypto among parents and caregivers. Four in 10 think hand sanitizers can kill the parasites, which is not true. More than a third don’t know how their kid(s) can catch the parasite. And most caregivers (74 percent) are unclear on how long they need to keep their sick children out of the water. Fewer than a third know that the CDC/AAP swimming guidelines indicate that children infected with Crypto need to be out of the water for two weeks after symptoms have resolved.
What You Can Do
• Shower both before entering and after leaving a public swimming pool.
• Avoid swallowing pool water while swimming.
• Wash your hands thoroughly with soap and water after using the toilet or changing diapers.
• See a doctor promptly if you develop symptoms. Over-the-counter medications offer limited
support if you’re infected with these parasites.
• Stay out of the pool until at least two weeks after the diarrhea subsides.
“Most people don’t appreciate how common recreational water-borne parasitic infections such as Giardia and Cryptosporidium can be, particularly in the summer months,” said Steven J. Czinn, M.D., professor and chairman of the Department of Pediatrics at the University of Maryland School of Medicine and Chief of Pediatrics at the University of Maryland Medical Center. “If you think your child may be infected, don’t let him or her suffer in silence. Contact your pediatrician. There are safe and effective FDA-approved treatments for the diarrhea caused by these parasites.”
What Doctors Can Do
The good news is doctors can prescribe an FDA-approved treatment – for adults and for children – for the diarrhea caused by Crypto and Giardia.
Expert Advice
“Without treatment, the symptoms of Crypto and Giardia infections last two to three weeks, but proper treatment can reduce the duration of diarrhea,” said Deborah Goldman, M.D., assistant professor of pediatrics at SUNY Upstate Medical University and division director of pediatric gastroenterology at the Golisano Children’s Hospital. “Those who suspect that they’ve been infected should contact their medical care provider for treatment. Patients, as well as medical care providers, have a responsibility to treat parasitic infections properly to avoid the spread of the illnesses and potential outbreaks.”
She recommends doctors rely on their clinical judgment when treating infectious diarrhea that they suspect may be caused by Crypto or Giardia. Current tests for the condition can have false negatives and can take several days to process.
Learn More
You can find further information at www.cdc.gov/features/healthyswimming/index.html. 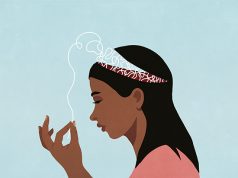