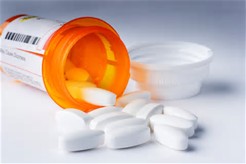 Mulga Mother and Sons Indicted on Prescription Pill Distribution Charges
BIRMINGHAM — A federal grand jury on Thursday indicted a Mulga woman and her two sons in connection with the illegal distribution of prescription painkillers, announced U.S. Attorney Joyce White Vance and Drug Enforcement Administration Assistant Special Agent in Charge Clay A. Morris.
A three-count indictment filed in U.S. District Court charges SUSAN ROBERTSON HICKS, 49, JONATHAN CODY HICKS, 26, and DUSTIN WADE COX, 33, with conspiring to possess, with the intent to distribute, oxycodone between January and May in Jefferson County. The indictment also charges Susan Hicks and son, Jonathan Hicks, with possessing and distributing the opioid painkiller on March 30, and charges the mother and son, Dustin Cox, with possessing and distributing oxycodone on April 27.
The three defendants were arrested on a federal complaint May 1. According to the sworn affidavit supporting the complaint, DEA agents, using a confidential source, bought 20 oxycodone tablets from Susan and Cody Hicks at their Birmingport Road home on March 30. On April 27, the same confidential source, under DEA surveillance, went to Hicks’ home and bought 20 oxycodone pills from Dustin Cox, five of which Cox took from a prescription pill bottle bearing Susan Hicks’ name, according to the affidavit.
The maximum penalty for the distribution charges is 20 years in prison and a $5 million fine.
The DEA investigated the case, which Assistant U.S. Attorney Austin D. Shutt is prosecuting.
Federal complaints and indictments contain charges. Defendants are presumed innocent unless and until proven guilty.
###