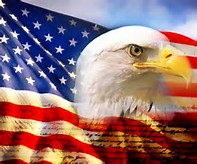 United States Contracting Official Charged with Obstructing a Federal Audit
BIRMINGHAM – Federal prosecutors today charged a civilian contract officer working with the U.S. Army Contracting Command at Redstone Arsenal with obstructing an audit by the Department of Defense, Office of Inspector General (DODIG), announced U.S. Attorney Joyce White Vance and Assistant Attorney General Leslie R. Caldwell of the Justice Department’s Criminal Division.
The U.S. Attorney’s Office filed a one-count information in U.S. District Court charging TERESA MAYBERRY, 54, of Huntsville, with obstruction of a federal audit. Mayberry created a series of false documents that she provided to DODIG to obstruct its 2012 audit of an Army contract to purchase parts for Russian–made Mi-17 helicopters, according to the charge. Mayberry has entered a plea agreement with the government, also filed today in District Court, in which she acknowledges the charge against her and states her intention to plead guilty.
The Special Inspector General for Afghanistan Reconstruction (SIGAR), the Defense Department’s Defense Criminal Investigative Service (DCIS), U.S. Army Criminal Investigation Command (CID), the FBI and the Internal Revenue Service Criminal Investigation Division (IRS-CI) are working jointly in the investigation of fraud and corruption in Mi-17 helicopter contracting.
“Fraud and corruption in military contracting is theft from all of us who pay taxes,” Vance said. “It harms our mission overseas and undermines the confidence of the American public, which demands a military procurement system that spends tax dollars wisely and responsibly,” she said. “Particularly in light of the move of Army Materiel Command onto Redstone Arsenal, this investigation should serve as a warning for those who seek to defraud the U.S. military and the American public that my office will pursue these crimes aggressively.”
According to the information filed today, in late 2011 and 2012, DODIG was investigating contracts involving overhauls and purchases of spare parts, amounting to more than $8 million, for Russian-made Mi-17 helicopters. It was material to DODIG to determine whether the Army paid a reasonable price for the parts, whether the parts purchased were needed, and whether proper contracting procedures were followed.
Mayberry was involved in implementing the parts contract, which she had signed on behalf of the United States. In the course of the investigation, DODIG several times requested contracting documents from Mayberry related to the decisions to purchase spare parts. On several occasions, Mayberry prepared, and directed her subordinates to prepare, a variety of false and backdated documents that she provided to DODIG in response to its requests, according to the information. As an example, the information charges that Mayberry caused the creation of a backdated document, bearing her signature, which falsely represented that price negotiations had taken place on parts purchases.
The charge carries a maximum penalty of five years imprisonment and a $250,000 fine.
The SIGAR, DCIS, Army CID, FBI and IRS-CI are investigating the case. DOJ Trial Attorney Mark H. Dubester of the Criminal Division’s Fraud Section (on detail from SIGAR), and Assistant U.S. Attorneys Henry Cornelius and Ramona Albin are prosecuting the case.
###