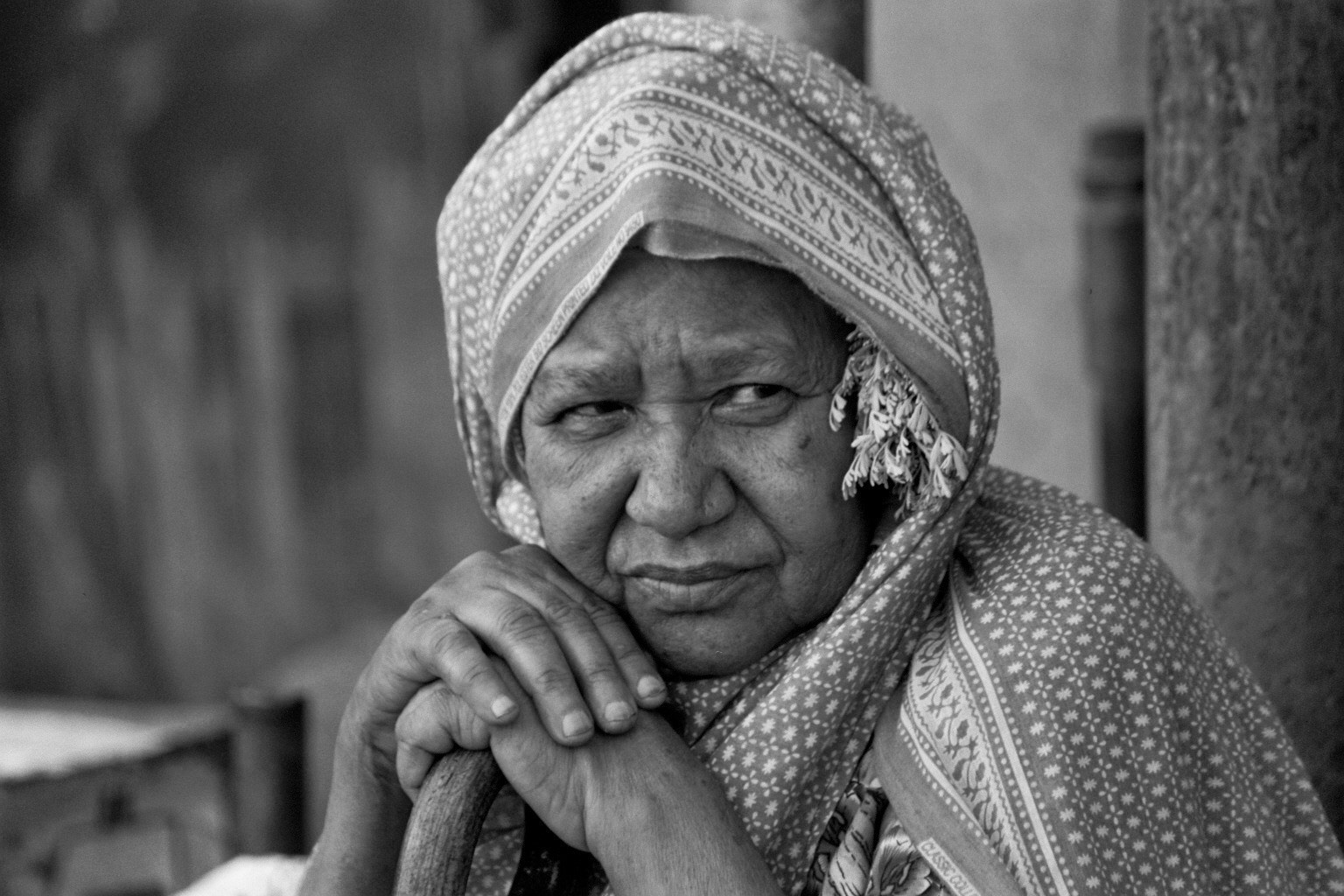 Are you happy? Very happy? If you’re in your 30s or older, a new study has found that you’re less likely to answer “yes” than your parents were.

The findings, being published online Thursday in the journal Social Psychological and Personality Science, come on the heels of another recent report that found that death rates of middle-aged white Americans have been rising, largely due to suicide and substance abuse.

“Age is supposed to bring happiness and contentment. For that not to be true anymore is somewhat shocking,” says Jean Twenge, a professor at San Diego State University who is the study’s lead author. She also wrote the book “Generation Me,” a look at young adults and the attitudes and influences that have helped shape them.

Starting with data in the early 1970s, Twenge and her colleagues found that adults 30 and older used to be happier than younger adults and teens. But that “happiness advantage” has steadily declined as the older adults have expressed less satisfaction with their lives and the younger cohort has gotten a little happier.

Other experts who study happiness say the findings fit with their own research. They attribute the shift to everything from growing financial pressures – and what some call “economic insecurity” – to the fact that real life has been a rude awakening for a generation of young adults who were told they could do anything and are discovering that often isn’t true.

Geena Kandel, a senior at Washington University in St. Louis, says she and her peers already worry that even a good college education won’t be enough to help achieve what their parents have. “It puts a lot of pressure on people my age,” the 21-year-old says.

Before you get too bummed out, consider another finding of the study: One in three of all American adults still report being “very happy.”

Twenge and her colleagues found, for instance, that 30 percent of those in the 18- to 29-year-old range gave that response in the 2010s, compared with 28 percent in the early 1970s.

There’s also been a notable uptick in “very happy” teens. In the 1970s, for instance, 19 percent of 12th graders chose that response, compared with 23 percent in the 2010s.

Adults age 30 and older, however, have seen a five-percentage-point drop, from 38 percent in the early 1970s to 33 percent today.

The findings – which are from University of Chicago’s longstanding General Social Survey and the University of Michigan’s Monitoring the Future survey – ring true for Emily Valdez, a 49-year-old mom in Seattle.

“I thought that life would be simpler,” she says. “My parents’ marriage, children, child-rearing . just seemed – and still seems in their eyes – less fraught with indecision, second-guessing and maybe just less insecurity.”

Some say the onslaught of information at our fingertips every day is one factor making us feel overwhelmed.

It is, of course, also impossible to ignore the economic downturn in the last decade. Shigehiro Oishi, a researcher at the University of Virginia, has documented a growing dissatisfaction with the widening gap between the wealthy and everyone else.

Others have linked unhappiness to “income insecurity.”

“The more competitive and market-driven society becomes, the more people are on their own to survive and flourish, the more insecure they are in their day-to-day lives, the more unequal things become – quality of life tends to decline,” says Benjamin Radcliff, a professor of political science at the University of Notre Dame who has researched this topic.

Twenge, the study’s author, also said that, beyond income factors, people who were single parents, and presumably had fewer social supports, said they were less happy. She and her co-authors also speculated that young people were less stressed by economic factors until they hit adulthood.

In addition, Tim Bono, a psychologist at Washington University who teaches and studies happiness, thinks there’s something to that “rude awakening” theory for his generation of young adults.

A while back, the 32-year-old professor came across a box of school papers and other relics from his past – worksheets, assignments and notes sent home that all reinforced “how special I was and how I could do anything I set my mind to.” He also found many of the ribbons and trophies he’d received as a kid, not only for winning but for simply participating in sports.

“My generation has been bathed in messages of how great we are and how anything is possible for us,” Bono says, noting that that mindset can easily lead to disappointment.

A 30-year-old father from Texas, who served in the Army before enrolling at the University of Puget Sound in Washington, Daniel Trapp says his life experience has helped him feel happier than some of his peers, “despite the stress that I have in my life.”

But he’s also noticed “a delay in acceptance of an adult role” from his fellow college students, some of whom have chosen graduate school to avoid the working world.

Others wonder if the youngest adults should get more credit.

“Some accuse the so-called Millennials of this kind of avoidance, while others point to research and anecdotal evidence that Millennials aren’t in denial, they just are smarter, more connected with each other and more hopeful about changing things,” says Michael Simon, a psychotherapist and school counselor in New Orleans.

For his part, Bono at Washington University wants to help his students make changes that lead to happiness. He teaches two classes, including the “Science of Happiness” in which his students learn how they can affect their own sense of well-being.

Among other things, Bono advises getting more sleep and exercise, as well as social connection – while avoiding “social comparison,” especially online. Focusing on gratitude also increases happiness, he says.

Kandel, the Washington University senior, who’s taken both of Bono’s classes, says the strategies have helped her focus on “How can I still have a rewarding life?” instead of worrying about whether she’ll have, and achieve, as much as her parents.

Mona Hines, a 43-year-old pharmacist in Chicago, says gratitude has helped her, too. She has endured tough times in her adult life, including a divorce. Now remarried, she is caring for her elderly parents and appreciating the time with them.

“Am I happy? Sometimes,” she says. “Always (when) on vacation though!”

Martha Irvine, an AP national writer, can be reached at mirvine@ap.org or athttp://twitter.com/irvineap