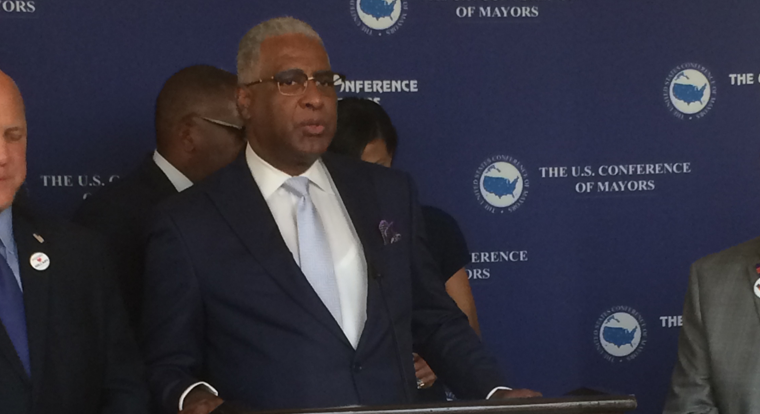 Birmingham Mayor William Bell was among more than several dozen mayors in Philadelphia this week for the Democratic National Convention who countered claims by Republican presidential candidate Donald Trump that crime is rising in U.S. cities.

In response to Trump, Bell said, “leave our cities alone unless you are ready to roll up your sleeves and work to make them better places to live.”

The officials also presented a bi-partisan urban agenda for the presidential candidates “Compact for a Better America: A Call to Action,” which calls on the presidential nominees to recognize the critical role cities play in shaping America’s future and to focus on policy issues important to people living in cities and their metropolitan areas.