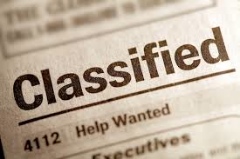 The School of Nursing at Auburn University, located in Auburn, Alabama, invites Primary Care Nurse Practitioners to join a fast growing NP Program. We have an opening for a full-time 12-month, tenure track position to begin immediately.

Auburn University is one of the nation’s premier land, sea, and space grant institutions. In the 2016 edition of U.S. News and World Report, it was ranked 46th among public universities.  Auburn is an institution that is both highly research-active and committed to maintaining teaching excellence, offering Bachelor’s, Master’s, Educational Specialist, and Doctoral degrees.

Tenure Track – Requires an earned doctorate in a relevant discipline, Masters in Nursing and BSN. Must have current Family Nurse Practitioner certification and must have current clinical skills. Must be eligible for an Alabama RN License or have an unencumbered Alabama RN license. Must meet eligibility requirements to work in the United States at the time the appointment is scheduled to begin and continue working legally for the proposed term of the employment. Must possess excellent written and interpersonal communication skills.

Review of applicants will begin August 8, 2016 and will continue until a suitable candidate is identified. Candidates should use the following link to apply:

Auburn University is an EEO/Vet/Disability employer.

Winfield, AL – Physician- Med360UrgentCare – We are looking for a physician to work in a new up and coming Urgent Care just off I-22 exit 30 in Winfield, AL.  Certification in Family Medicine or Emergency Medicine required. Submit resumes to: asnowmed360uc@gmail.com.

The Birmingham Airport Authority (hereafter referred to as the “Authority”) is seeking professional Architectural and Engineering Design services from a Consulting Firm and/or team to plan and design Quick Turn Around (QTA) Facilities for the rental car tenant agencies at the airport. The Birmingham-Shuttlesworth International Airport serves the five-county Metropolitan Area by providing essential air services for passengers, air cargo, and other aviation–related needs. The airport’s parking deck is located directly adjacent to the terminal building, separated by the main entrance roadway. The rental car brands (hereafter referred to as “RAC”) currently operate from counters located inside the airport parking deck on the ground level. The RAC pick-up and return services are also situated on the ground level near the RAC counters, in the parking deck, and therefore require no bus transportation to and from the terminal building.

Any and all questions are to be directed to the Project Manager, Mr. Lowrenzo Taylor, via email: ltaylor@flybirmingham.com. Request for Qualifications (RFQ) packages can be procured via the Airport website, www.flybirmingham.com, beginning, Monday, September 12, 2016.

A Pre-Submittal Conference will be held on Thursday, September 15, 2016, starting at 2:00 p.m. local time at the Birmingham-Shuttlesworth International Airport’s Meeting Room B. This meeting room is situated on the Terminal building’s lower level, adjacent to the Birmingham Police Department Substation, near the escalators, located at 5900 Airport Highway, Birmingham, Alabama 35212.

All interested participants are strongly urged to attend this conference.

DBE Policy: It is the policy of the Birmingham Airport Authority (Authority) that DBEs as defined in 49CFR Part 26, will have maximum opportunity to participate in the performance of all Authority projects and the bidders will take all necessary and reasonable steps to ensure that DBEs have the maximum opportunity to compete for and perform subcontracts. Additional DBE information is contained in the full Request for Statement of Qualifications packages.

And NOTICE of INTENT to RECEIVE BIDS

Pre-qualification submittals will be received at Poole & Company Architects LLC, 2 North 20th Street, Suite 1610, Birmingham, Alabama 35203 on Monday, September 26, 2016 by John Blocker, Project Manager. The original and two (2) duplicates of submittals are required for pre-qualification approval; however, facsimile transmission copies may be transmitted to the Project Manager at (205) 326-2201 to expedite the review process with hard-copies of the submittals to

be delivered within 24 hours.

The heating hot water and chilled water piping systems connecting the Jefferson County Courthouse Annex to the central plant located in the Jefferson County Courthouse basement shall be replaced. The existing heating hot water, and chilled water supply and return lines that run below grade on the west side of the facility shall be abandoned in place. Pipe penetrating the foundation wall at both the Courthouse basement and the Annex pipe chase shall be capped.

A Mechanical/Plumbing Contractor will be the Prime Contractor. Mechanical/Plumbing Prime Contractor bidders interested in submitting a proposal must apply for pre-qualification and must be licensed under the Provision of Title 34, Chapter 8, and Code of Alabama, 1975. A copy of current Alabama Contractors license is to be included in pre-qualification submittal. The mechanical/plumbing contractor must be a licensed general contractor and have proven experience serving as a prime contractor for this type of work. We are seeking only mechanical/plumbing contractors who are also a licensed general contractor.

Only bidders who have completed the pre-qualification process and that have been approved will be eligible to submit a bid for the Project. Prospective Bidder’s Pre-qualification Package must be received by the Architect’s Project Manager no later than 2:00pm local time on Monday, September 26, 2016 after which no further requests will be considered.

The pre-qualification procedure is intended to identify responsible and competent prime bidders relative to the requirements of the Project. Each prospective Prime Contractor bidder will be notified of the results of the pre-qualification, no later than 2:00pm local time on Wednesday, September 28, 2016.

No Bids will be accepted after the time stated for the receipt of Bids. This requirement will not be waived. The clock in the County Commission Chamber will be used to determine the correct time as determined by the Director of General Services, or his designated representative. At the time stated above, the Proposals will be opened and publicly read aloud.

All Bids must be on a lump-sum basis. Submit two identical copies of the Bid on the Proposal Form provided, without changes, in a sealed envelope bearing the Contractor’s name and current Alabama license number. Bids that do not bear the Contractor’s current license number will be returned without being opened.

Construction Contracts shall be awarded only to Contractors, licensed by the State Licensing Board for General Contractors, as required by Title 34, Chapter 8, Code of Alabama.

Construction Contracts in excess of $50,000 shall be awarded only to Contractors licensed as required by the 1978 Code of Alabama, Title 34, Chapter 8 as amended. Bidders must be “responsible” in accordance with criteria in the Bid Documents and as stipulated by Title 39-2-3-(e) of the Code of Alabama.

A Bid Bond, executed by a Surety company duly authorized and qualified to make such bonds in Alabama, payable to Jefferson County in the amount of 5% of the amount of the Bid, but not more than $10,000, must accompany the Bidder’s Proposal. Performance and Labor and Material Payment Bonds in the amount of 100% of the contract price, will be required when the Contract is presented by the Contractor to the Owner.

A mandatory Pre-Bid Conference will be held at 2:00 PM Local Time on Wednesday, October 5, 2016 in the Jefferson County Courthouse, Room 22, Ground Floor, 716 Richard Arrington Jr. Boulevard North, Birmingham, Alabama. Because of the nature of this project, Prime Contractor bidders who have been approved must attend the Pre-bid Conference. If the number of bidders who attend the Pre-Bid Conference decreases so there is little or no competition, the Bid may be postponed at the discretion of the Owner.

Two sets of Bid Documents will be provided to each pre-approved Prime Contractor bidder upon receipt of a deposit check of $200.00, made payable and delivered to Poole and Company Architects, LLC. The deposit check will be refunded in full upon return of the documents in good condition within ten days of the Bid date. Good condition is defined as documents that are properly bound, fully clear, legible, without tears, without defacing marks, notes of extraneous comments or sketches on front or back of any sheet. Additional sets of Bid Documents may be obtained at Alabama Graphics for the cost of printing and handling. Bids will only be accepted from pre-approved Prime Contractor bidder who have filed a document deposit with the Architect.

No Bid may be withdrawn after the scheduled closing time for the receipt of Bids for a period of 60 days. Only Bids submitted by pre-approved Prime Contractor bidder licensed as required by applicable State and Local laws and bearing the license number of the Contractor will be considered.

The Owner reserves the right to reject any and all bids; to waive formalities and technicalities, and to proceed in its’ own best interests.

Born September 14, 1923 in Hayti, Missouri, She was the daughter of Burleigh and Laura (Pettyjohn) Hooton. Her father was employed at a Mississippi River Plantation. The Family moved to Memphis, Tennessee while Sue was an infant. She attended radio and radar school established by U.S. Army Signal Corps during WWII where she met her future husband, Chester Posey, then followed him to U.S. Air Force bases during WWII.

She was a proud supporter of Clifton Museum, Clifton Clinic, Bosque Art Center and the Clifton First United Methodist Church. To know her was to love her. She was a wonderful wife, mother, and grandmother. A true lady in all respects.

Condolences may be made at www.cliftonfh.com.