President Barack Obama has given his point of view on San Francisco 49ers’ Colin Kaepernick.

“…[H]e’s exercising his constitutional right to make a statement.” he said. “I think there’s a long history of sports figures doing so.”

Obama, who is currently in China participating in the G20 Summit, was asked about Kaepernick during a recent press conference. The question and Obama’s response showed how Kaepernick’s refusal to stand during the national anthem as protest against police brutality has made headlines worldwide.

“You’ve heard me talk in the past about the need for us to have active citizenry,” he said. “Sometimes that’s messy and controversial and gets people angry and frustrated. But I’d rather have young people that are engaged in the argument and trying to think through how they can be a part of our democratic process than people just sitting on the sidelines not participating at all.”

The point of contention quite a few people have with Kaepernick’s protest is with his non-acknowledgement of the flag. Some have taken it as outright disrespect towards the men and women in the armed forces. Obama addressed these concerns as well.

“As a general matter, when it comes to our flag, and the national anthem, and the meaning it holds for our men and women in uniform and those who fought for us, that is a tough thing for them to get past, to then hear what his deeper concerns are,” he said. “But I don’t doubt his sincerity, based on what I’ve heard. I think he cares about some real, legitimate issues that have to be talked about. And if nothing else, what he’s done is he’s generated more conversation around some topics that need to be talked about.”

Kaepernick’s protest has spawned much than conversation; it’s also inspired others to speak out and protest as well. A recent Twitter hashtag, #VeteransforKaepernick, showcased veterans of all races and backgrounds stating how they supported Kaepernick’s right to protest. Kaepernick’s teammate Eric Reid knelt with Kaepernick during Thursday’s preseason game and Seattle Seahawks’ Jeremy Lane sat during the anthem at another game. Soccer player Megan Rapinoe also knelt during a National Women’s Soccer League game, telling American Soccer Now that her actions were “a little nod to Kaepernick.”

“I think it’s actually pretty disgusting the way he was treated and the way that a lot of the media has covered it and made it about something it absolutely isn’t,” she said. “We need to have a more thoughtful, two-sided conversation about racial issues in this country.” 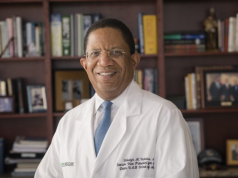