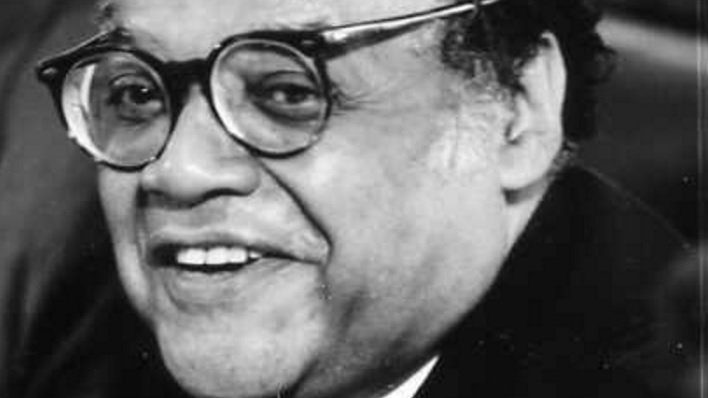 WASHINGTON (AP) — William T. Coleman Jr., a civil rights lawyer from Philadelphia who prevailed in several landmark Supreme Court cases, broke a number of racial barriers in his own right and was the second African-American to lead a Cabinet-level department, has died.

Transportation secretary during the Ford administration and co-author of the main brief in Brown v. Board of Education, Coleman was a prominent Republican who advised presidents of both parties.

He died Friday at his home from complications related to Alzheimer’s disease, his daughter, Lovida Coleman, said. He was 96.

Coleman’s service in Ford’s Cabinet from 1975 to 1977 was a high point in a career that included work on government commissions and partnerships in law firms in Philadelphia and Washington.

William Thaddeus Coleman Jr. was born on July 7, 1920, in the Germantown section of Philadelphia to a family of ministers, teachers and social workers. His father ran the Germantown Boys Club.

Coleman showed an early interest in both civil rights and the law. As a teenager, he often spent vacation days sitting in on trials and decided early on he wanted to be a lawyer.

His first effort to break down a racial barrier occurred at Germantown High School when he tried to join the all-white swimming team. He was suspended for his activities.

“They abolished the team, rather than let me swim,” Coleman recalled in a 1982 interview with The New York Times.

Coleman enrolled in Harvard Law School, but Army service during World War II interrupted his studies. After the war he returned to Harvard and was among the first blacks to serve on the Harvard Law Review.

Following his clerkships, he became an associate at the Paul, Weiss, Rifkind, Wharton and Garrison law firm in New York City in 1949. There, he did volunteer work with Thurgood Marshall at the NAACP Legal Defense and Educational Fund.

Coleman’s best-known civil rights work was on a series of cases that were combined into Brown v. Board of Education, in which the Supreme Court unanimously declared in 1954 that school segregation is unconstitutional.

He returned to Philadelphia in 1952 to join the law firm Dilworth, Paxon, Kalish, Levy and Green and was named partner there in 1956. Coleman specialized in corporate, antitrust and transportation issues, while continuing to work on civil rights cases.

He was co-counsel in the 1964 case, Loving v. Virginia, in which the Supreme Court struck down the ban on interracial marriages. In 1966, he represented Pennsylvania in its successful efforts to desegregate Girard College in Philadelphia.

President Dwight D. Eisenhower named Coleman to the Commission on Employment Policy in 1959.

In 1964, he was named an assistant counsel to the Warren Commission, which investigated the assassination of President John F. Kennedy. That is where he first met then-Rep. Gerald Ford, R-Mich., a member of the panel.

Coleman’s work so impressed President Lyndon Johnson that he approached the lawyer about becoming a federal appeals court judge, but Coleman declined.

In 1973, Coleman also declined an offer by his longtime friend Attorney General Elliot Richardson to be the special prosecutor for Watergate.

Richardson, who died in 1999, described Coleman as “a man of very clear practical judgment in grasping the essentials of the situation with clarity of mind, strength of judgment, tenacity and resourcefulness.”

Coleman accepted Ford’s offer to run the Transportation Department in 1975. A fiscal conservative, Coleman advocated less reliance on federal subsidies for transportation and higher user fees. The Democratic-controlled Congress disagreed with his views and continued to increase federal spending for transportation programs.

He returned to the practice of law when Ford left office in 1977 and joined the Washington office of the Los Angeles firm O’Melveny and Myers, where he remained a partner until the time of his death. He specialized in corporate issues but retained his interest in civil rights matters.

In 1982, he accepted the Supreme Court’s invitation to appear as a friend-of-the-court to challenge the Reagan administration’s position that segregated private schools should be allowed to be tax exempt. Coleman’s position prevailed.

“I can honestly say, if you are looking for an example of constancy, consistency, disciplined devotion to the things that make this country a great place, you have no further to look than William T. Coleman Jr.,” Clinton said.

In 2004 he was appointed by President George W. Bush to serve on the board of the Military Commission Review.

Coleman is survived by his wife, Lovida; sons Hardin and William; his daughter, Lovida, and four grandchildren.