Looking at the front of Fanning Refectory, which houses the student and faculty dining rooms on the campus of Talladega College, one sees the outside of a traditional building on a college campus. If you go further down the side of the building, however, you will see a door with a sign: “Band Room.”

From there, the sounds of trumpets, tubas, and other brass instruments pulsate through the doors. As you walk in and follow the stairs to the basement, a crescendo of R&B sounds fill the air as you near the room.

Inside, band members surround assistant band directors and section leaders as they practice. In a nearby hallway, the drum line along with high-stepping drum majors work on rhythm and routines. The band had been going since 5:45 a.m. and won’t finish until around 3 p.m.—a normal day for the incoming freshman (about 150 band members out of almost 300) with the Talladega College Marching Tornado Band.

Otherwise, the campus was quiet and the grounds prepared for students who return to classes August 23 for the 2017 fall semester. But this will not be an ordinary semester for 150-year-old Talladega College, the oldest private historically black college and university (HBCU) in Alabama.

In January 2017, the Talladega College Marching Tornado Band accepted an invitation to march in the parade for the inauguration of President Donald J. Trump. That decision thrust the school into the international spotlight and split its alumni base, some of whom still haven’t gotten over the institution’s participation in the event, said Talladega College President Billy Hawkins.

“I got a nasty letter about a week ago from an alum who will not give to the institution because I chose to allow the band to participate in [President Trump’s inauguration],” he said. “Some people are so narrow-minded. It’s so very unfortunate.”

Hawkins said he considered the best interests of the students when he made the decision.

Hawkins hasn’t let critics deter or slow his plans to take Talladega College and it students into the future. If anything, he’s more determined. Expectations are high for the upcoming school year—and beyond. 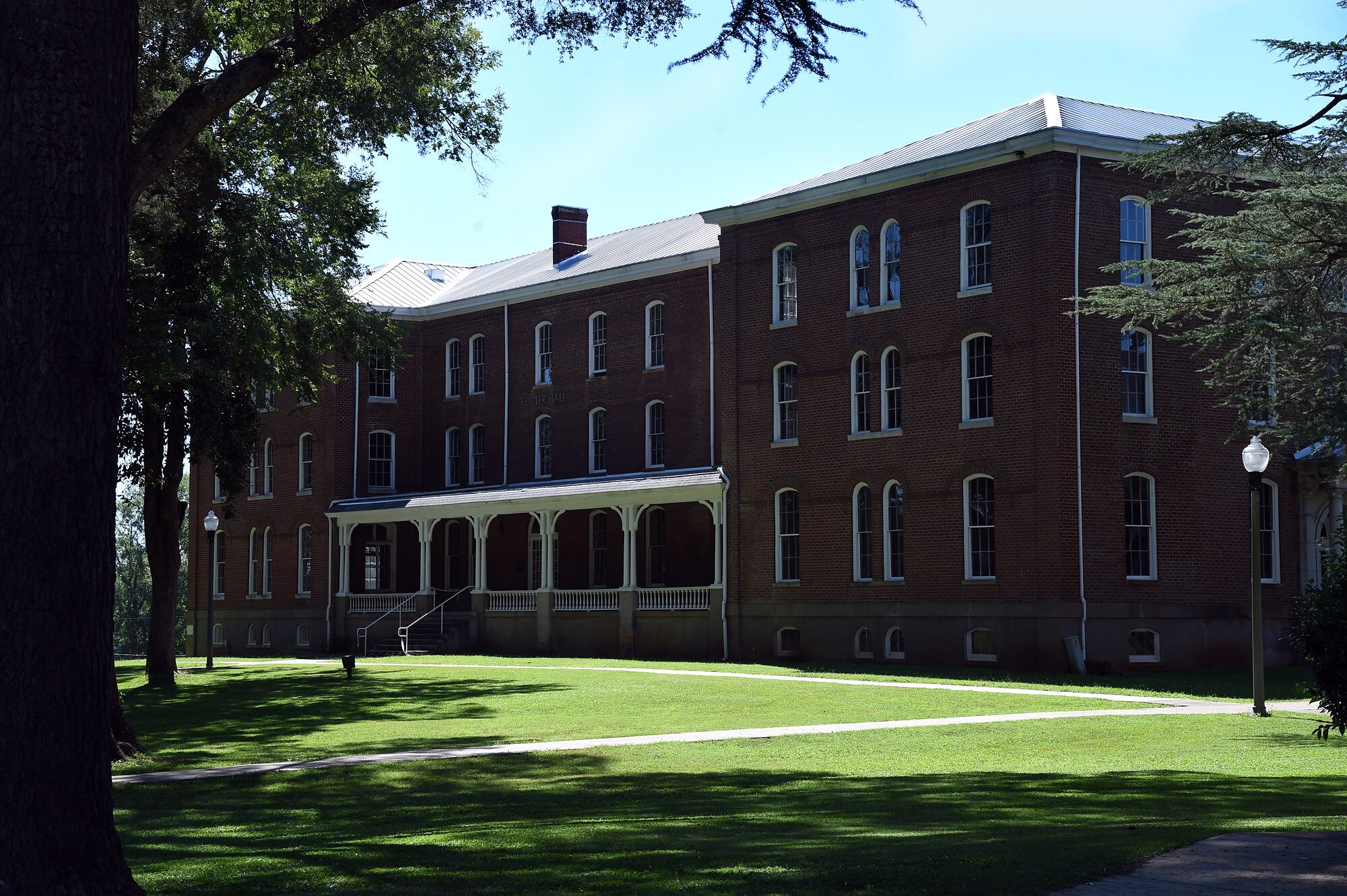 Hawkins, who became the school’s 20th president on Jan. 1, 2008, said he wants his students ready for the 21st century.

“We want them prepared to go into the jobs that they need,” he said. “We want to make sure our students are ready for the job market.”

“We’re going to continue to review our curriculum,” said Hawkins. “We’re going to move aggressively toward offering all of our degrees online. It’s an exciting time for the institution. We’re expanding our academic offerings. We’re looking to move into master’s-level course offerings and graduate programs.”

The school has been approved by the Southern Association of Colleges and Schools Commission on Colleges (SACSCOC) to offer online degrees.

In addition, plans are underway for groundbreakings on two new buildings—a dorm and a multipurpose student center—and the possibility of a new museum.

“Talladega College, now in its 150th year, has never had a student center, which is a huge retention piece,” Hawkins said. “It’s a needed facility. The city of Talladega is very small. One of the areas of concern expressed by our students is not having enough to do. [This facility] will provide an outlet for our students outside the academic classroom.”

The student center will have computer labs, game rooms, a café/restaurant, student government offices, a 2,000-plus-seat arena, a health center, and an exercise room. As for the new dorm, Hawkins hopes the building will be completed by fall 2018.

Schools officials are clear that the planned facilities are not a result of money received to send the band to the inauguration. Those donations—close to $900,000—have mostly gone to the band for new instruments and uniforms, as well as scholarship dollars and possibly a new practice facility.

Talladega College is a private, four-year, coeducational, liberal arts school that averages almost 800 students. One challenge has been recruiting and keeping students on campus, so the school works hard to create more scholarship dollars to boost retention.

“Not having a large endowment in scholarship dollars has been a challenge in most recent years,” said Hawkins. “[Those types of funds contribute] to stability and the ability to recruit and retain students. That’s a challenge for us in higher education now, and all the presidents are having that conversation.”

To help with retention, Hawkins established the Presidential Scholarship program, which is given to students with a grade point average of 3.0 and above.

“We take pride in that like we do our athletic and band programs,” he said.

“Students can come to one place to receive tutoring and mentoring; participate in skills workshop training; get tips for test taking, note taking, increasing their GPAs …  anything to make them successful through school,” she said.

The school has a lot of first-generation students, which can be a challenge, Bailey said.

“They don’t know what to expect because they never had anyone say, ‘When I went to school, I did this and I did that.’ It’s new to them, and they have a lot of apprehension about it,” she said. “We want them to feel that they have come to the right place. We make sure their needs are met.”

Walvid King, associate vice president of institutional advancement, said Talladega College has fewer students than other HBCUs, which is a plus.

“This is a place where students really feel at home, they feel like they’re part of the campus environment,” he said. “[Class sizes are] small … so teachers have a one-on-one rapport with [students].”

King pointed out the school’s science program as an example.

“Our students go on to do greater things in the areas of research and the [science, technology, engineering, math (STEM)] disciplines,” he said. “We’re willing to invest in the latest technology for our students. … Our students can go anywhere in the country because they have the skill set that enables them to compete on a higher level. That makes an overall difference in our academic program.”

Talladega College is known for its Amistad murals, which are appraised at $50 million. The paintings by artist Hale Woodruff portray notable events in the rise of black Americans from slavery to freedom. The first series depicts scenes from the slave uprising on the ship the Amistad in 1839. The second shows the founding of Talladega College and displays themes in the struggle for freedom, education, and equality, which held personal significance for Woodruff as a black man in the Jim Crow South.

From 2012 to 2015, the murals embarked on a national tour that kicked off at the High Museum of Art in Atlanta, which restored the murals and currently holds them in storage. Talladega College hopes to create a permanent home for the artwork with an on-campus museum.

“That’s a national treasure that we want to house on our campus, and we’re hoping that will happen within the next two years as well,” Hawkins said.

In 2014, the college received a $1 million donation from alum William R. Harvey to help with a museum—a project that is part of the school’s transformation and growth over the last decade.

“We’ve had tremendous growth in enrollment, the renewal of the entire campus,” Hawkins said.