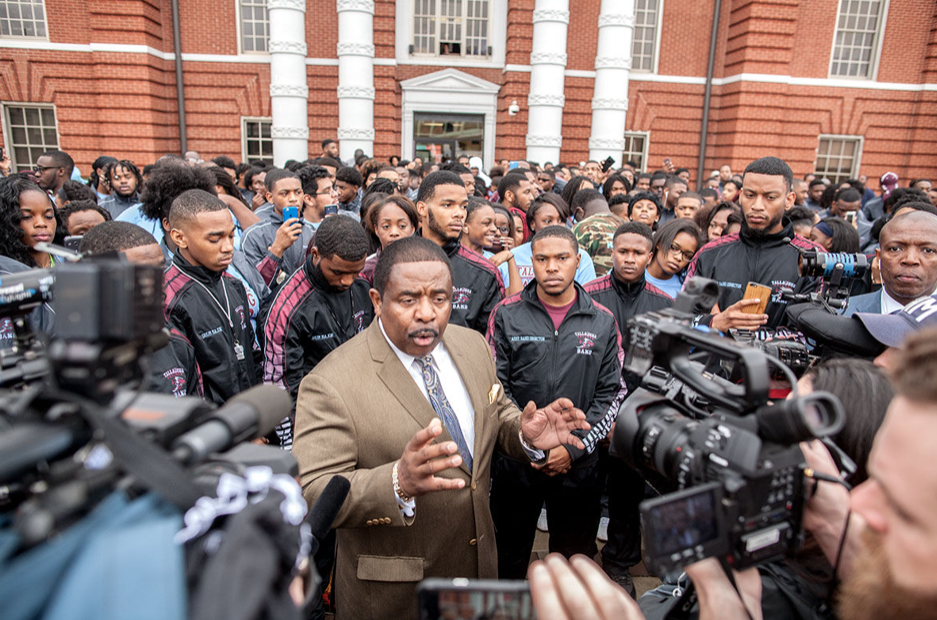 If he had to do it all over again, Talladega College President Billy Hawkins said he would send the school’s band to march in the inauguration parade of President Donald J. Trump. Though many—alumni included—were upset with the decision, Hawkins said he has no regrets.

“I’ve never thought of that as being a negative,” he said. “In fact, if you talk to any historically black college and university (HBCU) president, they will tell you that that was probably the most courageous leadership decision a leader could make.”

Hawkins, who became the school’s 20th president on Jan. 1, 2008, said his decision was always about the students.

Students return to classes on August 23 for the 2017 fall semester at 150-year-old Talladega College, the oldest private HBCU in Alabama.

Hawkins said he still takes flak for the decision to participate in January’s event.

“I’ve still got alums who are very negative about the decision,” he said. “I got a nasty letter about a week ago from an alum who will not give to the institution because I chose to allow the band to participate in [President Trump’s inauguration]. Some people are so narrow-minded. It’s so very unfortunate.”

The Talladega College Tornado Marching Band—the Great Tornado—was established in 2012 and the only HBCU band to participate in the parade. Sending the band to Washington, D.C., netted close to $900,000 in donations for the school in support of the Marching Tornado.

“We’ve been able to support the band … with new instruments and uniforms, more scholarship dollars, and the possibility of building a new practice facility for the band,” Hawkins said. “Those are resources that have come into the institution since [the inauguration].”

Several Talladega College alumni had problems with the decision, while others supported the school.

“This is my 28th year out of college, and this year I’ve heard from more Talladega College alumni than I ever have,” said Kevin Owens, a member of the Talladega College Birmingham alumni chapter. “There were some supporters, but most were not. It was more of, ‘What do we do now?’”

Owens attended a recent 150th anniversary celebration for the school and saw a larger crowd than in previous years: “If this controversy is what it took to bring us together, then so be it.”

Yohance Owens, another alumnus, said he was not a fan of the decision, but he still supports the school.

“People are so desensitized to the norm, so when something out of the ordinary happens, it’s going to get a lot of attention,” he said. “At the end of the day, we as alumni have to come together for the school.”

Birmingham Alumni Chapter President Carol Thomas said she still has love for her school, no matter what.

“It’s a stronghold for us, and going to perform at such an inauguration isn’t going to tear us apart,” she said.

Hawkins said the school applied to perform in the inauguration before the 2016 presidential election.

“We didn’t know who was going to be president of the United States at the time,” he said. 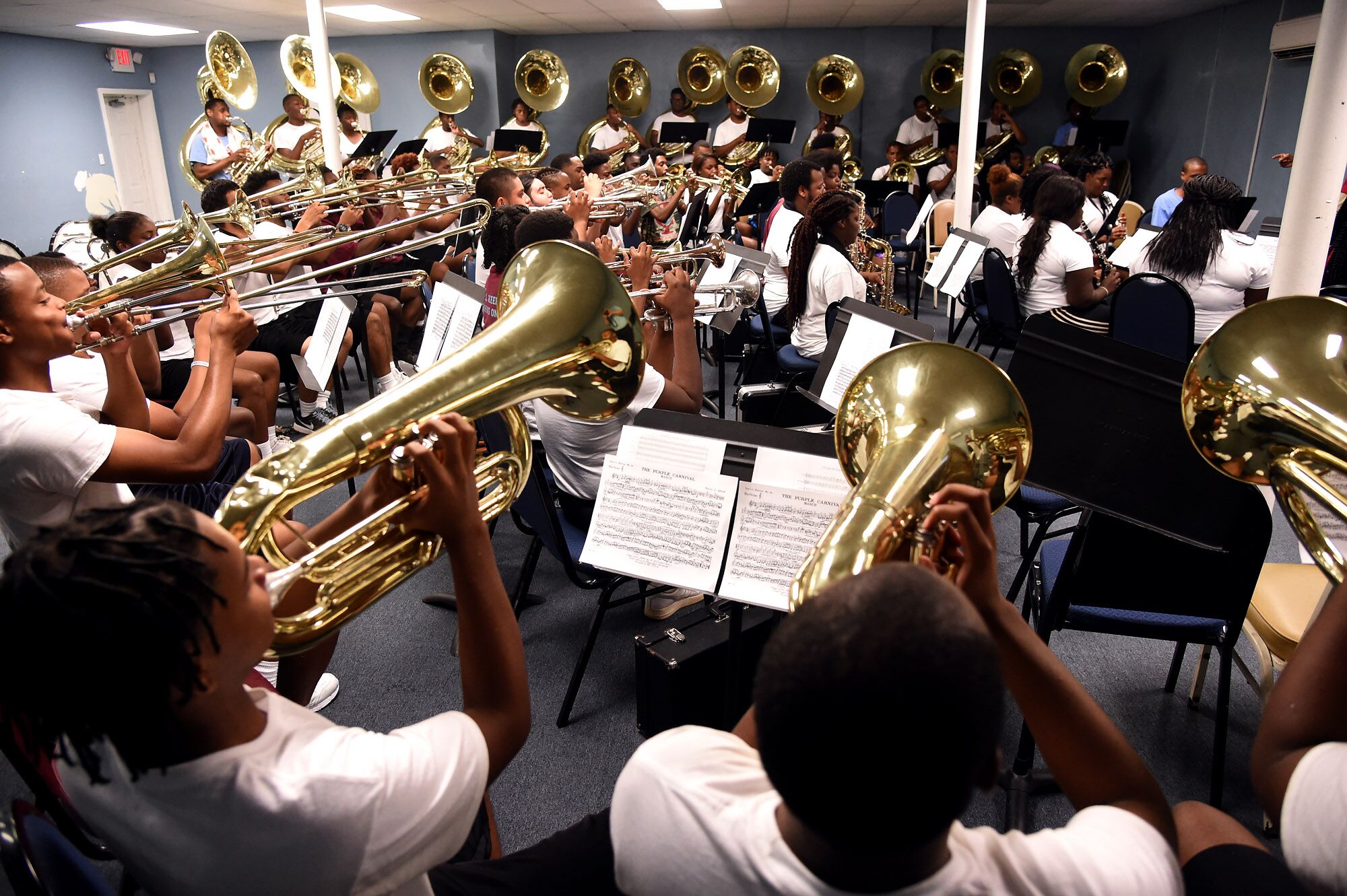 Members of the band supported the decision and saw the inauguration as an opportunity of a lifetime. Making it to one of the largest stages in the world as a five-year-old band is something many people never experience, said senior Devon Julian, who was head drum major at the inauguration.

“To play for your president, regardless of who he may be, not everybody can say that,” said Julian, who had never been to D.C.

“I talked to family members and friends, and they all told me, ‘Go enjoy yourself.’ But there was a lot of hostility,” he said. “At the same time, you couldn’t stop us from living a dream.”

President Hawkins established the marching band in 2012. During the inauguration, the band had 250 members. Currently, there are 300 students—and the band continues to improve.

“They are outstanding students, and they did an outstanding job” said Hawkins. “A lot of people have shown interest in the band since then. They’re a young band, but they marched down Pennsylvania Ave. like they were a band that’s been around for 20 years.”

The media exposure was unbelievable, he added.

“We could not have paid for that kind of exposure,” said Hawkins. “I did interviews with stations in London and throughout Europe.”

People against the performance were too focused on who was being recognized, rather than what was being honored.

“[The office of the President] is not about a person, it’s about being part of American history,” said Hawkins. “[Anyone who claims] to be an American citizen and understands civic duties and responsibilities would clearly would understand [Talladega College’s] participation in that parade.”