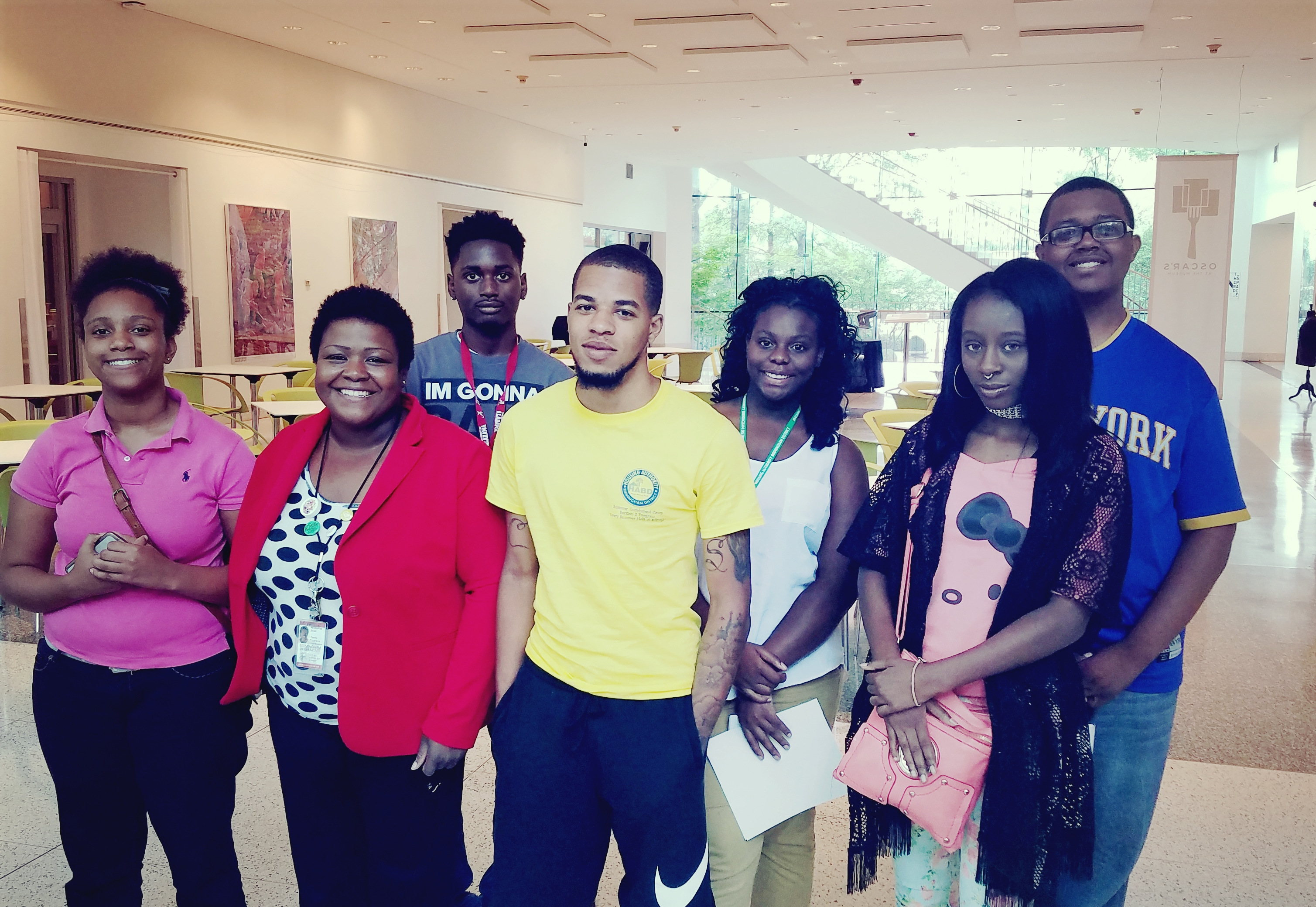 Music played lightly in the background as crowds gathered around the art displays and to chat with their creators.

Visitors to the Housing Authority of the Birmingham District’s midtown office looked around in amazement as they entered a building that for the evening was transformed into an art gallery showcasing the creative talents of young artists.

‘The recent “Strokes of Genius” art show featured the works of housing authority residents 16 and older.

“The goal was to create an ambiance similar to that of an upscale hotel lobby or an eclectic gallery opening that you would find in urban cosmopolitan areas,” said Robin Boyd, HABD vice president of community engagement.

Two students from Ramsay High School also participated in the show by contributing their own art. The works of Jayla Poe, a junior, and Eshandae Thomas, a senior, were also highlighted during the event and now decorate the HABD offices.

Boyd said she was inspired after attending an Art on the Rocks event at the Birmingham Museum of Art and believed a similar experience would be created at the HABD office.

The opening and reception was the first time the agency presented the creative works of young adults.

Having the show at the housing authority’s office also sent a message to residents that creativity and appreciation of the arts is celebrated and encouraged by the agency. The building itself became an incubator for creativity.

“I want more direct engagement with residents, and I want more of them to be more visible in terms of expressing themselves,” Boyd said.

The art show was an example of an expanding role in community engagement to include all ages and demographics of public housing residents, said HABD President/CEO Michael Lundy.

“The talent of these visual artists is without debate,” Lundy said. “Who knows where this creative energy will lead them. Events like these represent our commitment to celebrating and encouraging the best in each of our residents.”

Both Lundy and Boyd said they expect even greater participation at the next art exhibition.