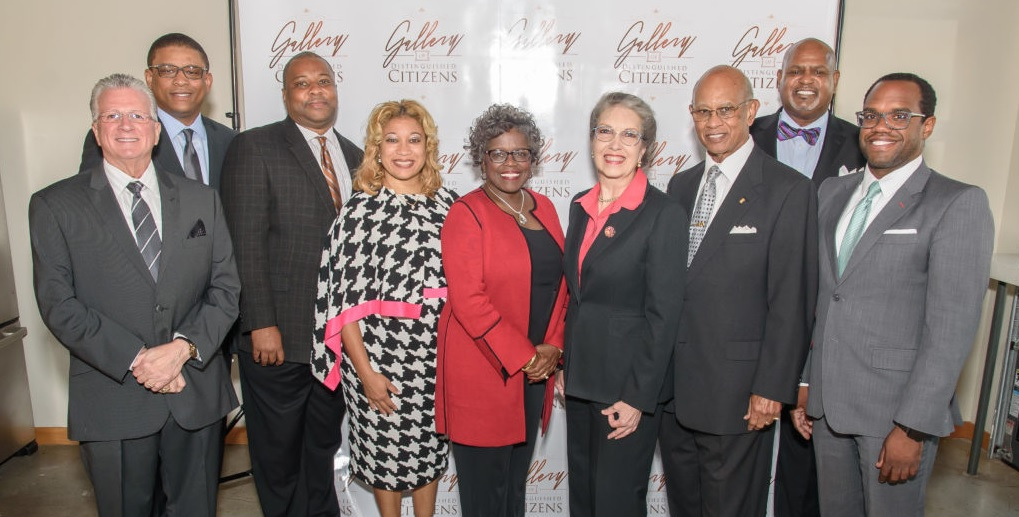 The Birmingham City Council on Tuesday inducted four individuals into its Gallery of Distinguished Citizens.

The Gallery recognizes and pays tribute to men, women, and children who are champions for change and remain devoted to making an impact in the community.

“The Birmingham City Council is committed to commemorating those citizens whose advocacy has touched the moral fabric of this city and stirred the conscious of our minds through their unremitting contributions and accomplishments,” said Council President Johnathan Austin. “

He received an academic scholarship to Morehouse College where he earned a degree in psychology. Eventually he attended the John F. Kennedy School of Government at Harvard University as well as Samford University’s School of Business. He was awarded the Doctor of Humane Letters from Miles College.

Marino is the third generation to own and operate the two Marino’s Market which has sought to bring fresh food and groceries to the communities west of I-65 in Birmingham. The stores are located now at 2415 Avenue E in Ensley and 1965 Bessemer Road.

During the turn of the century, many families like the Marinos moved to Ensley and Fairfield. When the U.S. Steel Ensley Works closed in 1976, communities like Ensley took a hit. However, the Marinos continued their efforts to feed families and even expanded and modernized the business. The business employ nearly 70 people and continue to grow.

Parker was a three-term Birmingham City Councilor who was a champion for her district and helped usher changes that would lead to safer pedestrian traffic in the heavy industrial areas of District 4 in North Birmingham.

On Nov. 12, 2013, Parked died at the age of 69, while serving in office. Her son William Parker has continued her legacy, serving as the councilor for the district since being appointed in 2013 and winning election in August, 2017. Maxine Parker helped lay the foundation for a pedestrian bridge as a way for her constituents, both in cars and on foot, to move around the Collegeville community and avoid congestion caused by the trains. Along with serving as the council president, Parker also worked as an executive assistant to the president of Talladega College for 41 years, spanning the terms of six different presidents.

Welch has served on the Birmingham Public Library Board since 2002. She has served as board president four times. She received the American Library Association Trustee Citation Award, the highest honor that the association awards its members.

Welch is retired from the Birmingham Board of Education after 35 years of service. She has worked as a school media specialist, attendance/hearing officer and executive assistant to the superintendent. When there were no males available to lead her son’s Cub Scouts in the 1970s, Welch served as the Cub Scout Den Leader. When the Literacy Council of Central Alabama needed volunteers, Welch stepped up to read weekly in the council’s Partners in Reading Program.

The council selects one individual per year to represent the four years of that Council’s term in office. Out of 14 nominated throughout the four-year term, the City Council voted to honor the four citizens recognized on Tuesday.